It was great to kick off the delayed boat season in Leinster with the First Leg of the Leinster Closed Boat, Sponsored by Shamrock Fishing Tackle and hosted by Balbriggan SAC. This competition was fished on Sunday 28th April out of the port of Kilmore Quay, over Two Sessions, one at Anchor the other drifting. The boat draw took place on the Thursday and this got the anglers planning their strategies and into a flurry of rig making. Despite a forecast of light westerly winds, the anglers arrived on the Sunday morning to a blustery wind from the west that showed no signs of letting up. This presented the Skippers with an easy decision and the boats headed east for shelter under the headland. 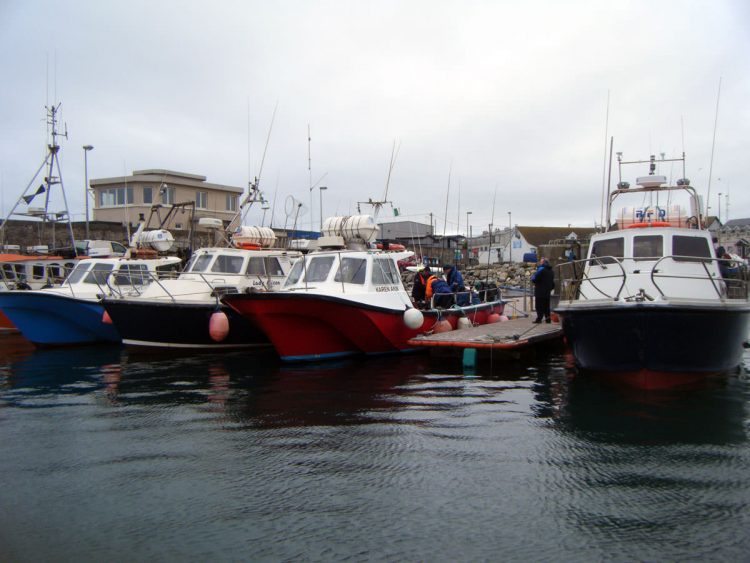 With the 52 anglers checked in and making their way onto the six boats hired from Kilmore Quay, the Committee, in conjunction with the skippers, decided to fish the morning session at anchor and the afternoon session drifting. The boats settled and anchored up with lines down called at 10:00 hrs the baits soon hit the seabed. There was a good flow on the tide running east and due to go slack and change westerly from 13:00 hrs, With high numbers of fish coming over the gunwales instantly, mainly made up of pollack, ballan wrasse, coalfish and doggies, the competition was on. 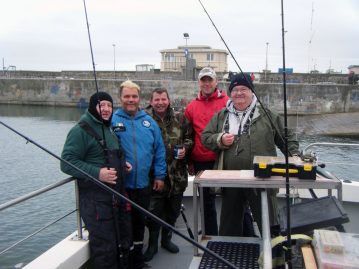 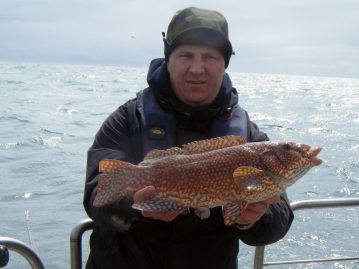 The majority of the anglers fished with long 4 to 5 metre Mediterranean style rods from Artico and Tubertini, starting with fishing directly beneath the boat and gradually moving out to distances of 50 -70 yards to find more fish. The rigs used in this session varied from two up one down rigs with beads and blades, to variations of high flyers, baited with ragworm and mackerel. Gilling traces with Eddystone and similar eels were put to use, together with tried and tested favourite shop bought, pre-tied rigs from the likes of Shamrock Tackle.

As the tide began to turn, the wind showed no let up, meaning the anglers were going to be fishing the afternoon session with wind against tide, almost like anchoring all over again. The boats experienced little movement, a mere third of a knot was showing up on the skipper’s GPS. The fishing was similar to the morning session and the same prominent species put in an appearance. 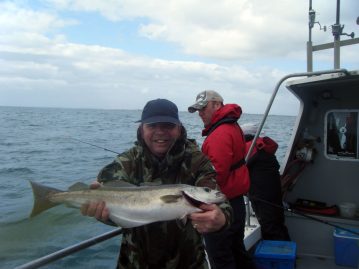 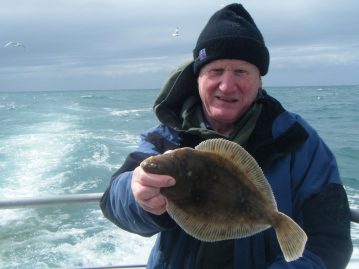 When fishing on the drift the angler’s end tackle was slowly climbing over pinnacles and kelp beds. This cost some of the anglers dearly, as many rigs snagged in the rough ground with resultant loose of fishing time as they constantly adjusted to the changing seabed. There were a few nice surprises, with species like lemon sole caught by Dan Lynch, and a plaice caught by Shay McDonnell finding their way onto the scorecard.

As the anglers disembarked and made their way up the gangways, telling the tales of the big fish they had caught, the wind eased off as they reached port, typical of the Irish weather. As the scores started to circulate it was apparent that Terry Boyle of Greystones Ridge had had a flawless day finishing on maximum points of 200%. Both Myles Howell and Mick Barry were tight on his heels with 197%. This competition was enjoyed by all and attracted anglers who had not fished an Open in over a decade. It really is testament to the efforts of Balbriggan SAC, Leinster Provincial Council and sponsors Shamrock Fishing Tackle that the event showed a 40% increase in entrants over the previous year. The organisers ensured that the competition was fun, affordable and well structured to cater for all age groups.

With a further six legs of the Leinster League left, it is intended to maintain or even increase the turnout over the remainder of the season.