On Sunday 3rd of April Mark Woodcock fished the Gynn Wall over high water. He approached the session with fresh black worm tipped with squid and landed a whopping 10½lb thornback ray. 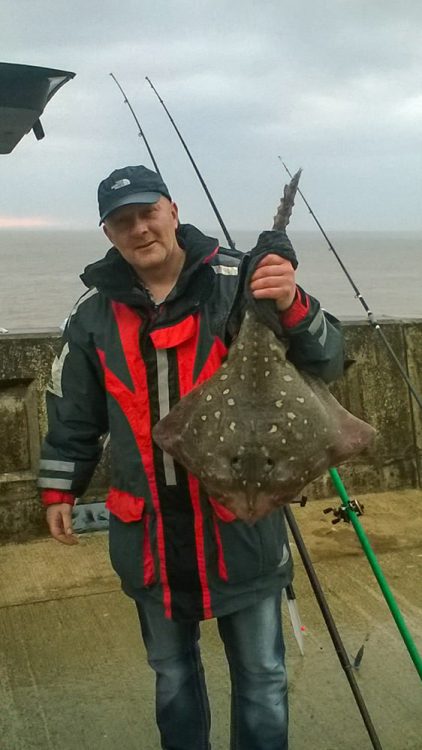 The species hunt has started and over last weekend many Lancashire Sea Fishing members got themselves out on the beach; reports were soon coming in thick and fast along the coast.

Last Saturday night Eddie Moore fished low tide at Clevelys with Chris Shaw and Danny Stirling. Eddie got his first ray from the beach and added a small codling to his species hunt card. Danny landed a doggie and that was it for low water. After dropping Chris off at home, Eddie and Danny fished over high water at the Gynn where they landed whiting, dab, dogfish and some small codling.

Stuart Eccles fished the Gynn Wall last week, with friends Leslie Bentley and David Hoyle where they caught plenty of dabs, whiting and dogfish. All fish caught on black worm and squid. 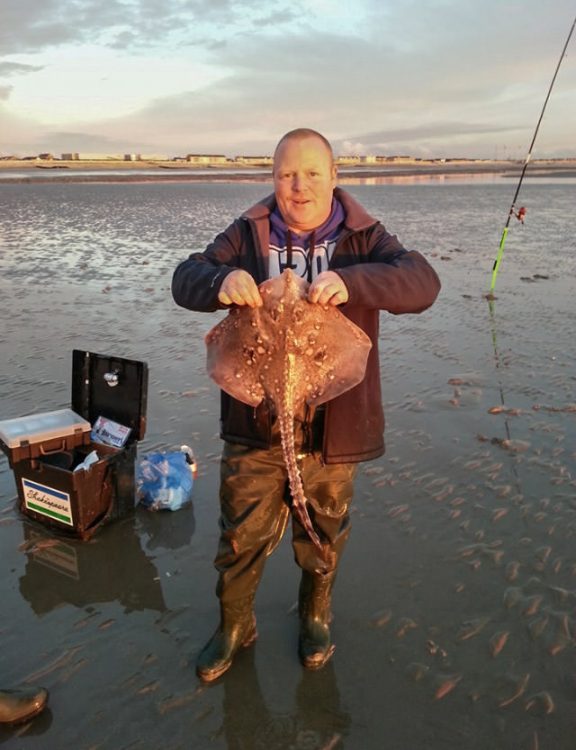 Martin Green had a good start to the species hunt last week with codling on Sunday the 3rd at the Fleetwood channel on fresh black and squid. Seven days later he had dabs and plaice on the Gynn Wall, Blackpool, along with another two codling, using a two hook loop rig baited with frozen blacks and fresh crab.

Last Sunday Kevin Fletcher and Joe Green fished high water in the day time at the back of Rosall school and caught dogfish and dabs. The dogfish fell to pulley pennels baited with squid and the dabs to fresh worm.

Rick Pennington fished the Gynn on the late tide last week. He fished with John Carden and Alan Roe and they struggled to find any fish the first hour or so. There was lot of grassy weed during the first 90 mins after the water hit the wall, but then the fish started coming slowly to the baits. They had four species and Rick managed a mediocre four dabs, two whiting and a doggie up to high water. The fishing died off on the ebb and despite fishing until after 3am nothing much showed after high tide although the weed did ease off.

Darren Peel fished Clevelys beach on Saturday and pulled out three plaice, a codling, a whiting and a doggy. Some decent plaice have been showing in this area.