Rick Pennington enjoyed a good session at the Cleveleys end of the Gate last Friday night, during a lovely warm night with calm seas. He fished with Shane Craft and John Carden and they found double headers of whiting and codling from the start, the better whiting coming on fish tipped baits. Then about an hour before high water Shane had a small ray of about 3½lb and within 10 minutes had another better one around 5lb.

Although Rick was into fish it was the whiting, but had missed a good slackliner and brought in a whiting with its head flattened and eyes sucked out. He pulled in a couple of dogs, more whiting before finally, about 75 minutes after high water he finally caught his ray. Only a tiddler about 2½lb but a welcome addition to the species list. All in all, the tally was about 30 fish, mainly whiting and a few codling, 3 dogs, and 3 rays between us. Fishing in the next bay were Steven Oshannon and Simon Hendren and Simon had a ray at low water, 3lb, and they had similar quantities of the other fish.

Joe Green reports after the wind being spot on while he was in college during the afternoon he headed out to the Wall in the evening for a few hours. After picking up some fresh worm from Jordan Russell at Bispham Angling, he headed down to Cavendish power cable. What a night he had with four species, four codling, a whiting, a doggy and topped it off with a bass of 4lb 2oz that was safely returned. 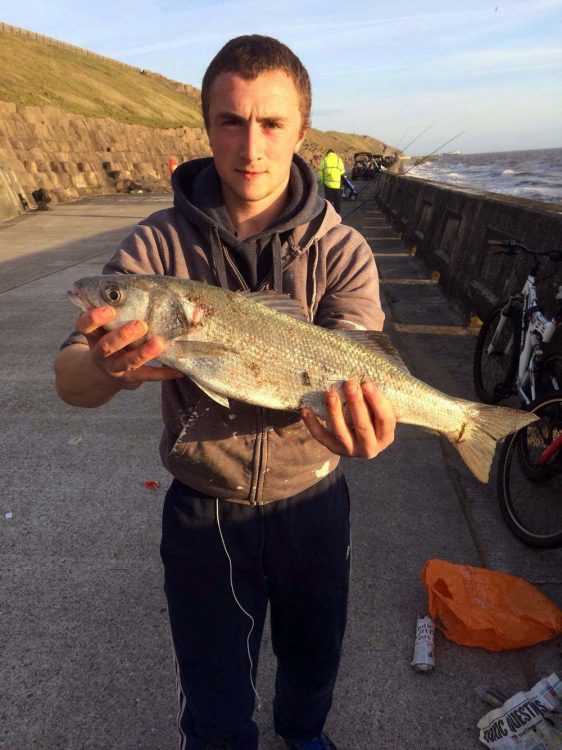 Last Friday, John Pearson fished the Gyn Wall and found that it was a slow start but a few fish showed near high tide. He ended up with a doggy, four small codling, a small plaice and a 1 whiting. He noted that a decent plaice was caught by another angler.

On Thursday Andy Riley fished with his wife at the end of Red Bank Road. He rockling and codling while his better half had two codling and doggie, all caught on fresh black tipped with squid. The same day Joe Green fished with Jordan Russell at the same venue where they had a codling, whiting, plaice, flounder and a dab.

After good reports on the Heysham North Wall on Tuesday night Terence Gargan thought that it was time to wet a line again with his old blind buddy Bert and JFK Jeff. After spending all day working on his boat Terence wasn’t feeling that energetic, but a promise is a promise they arrived at the Wall just as the water was hitting the rocks.

He set his mate up with a nice Vercelli rod he bought second hand with a Penn Spinfisher V6500 loaded with 30lb braid with a one up one down flapper. Most of the fish were caught on bottom hook using fresh black tipped with mackerel. He set up two rods with a flapper rig on one, size 4 hooks and a pulley rig with 1/0 on the second using the same bait. It was fish from the off but most came after high up to 2½ hours after the ebb.

He had a visit from Shane from Rig Craft with his prize a mug, a fire stick lighter, and a box of hooks, that’s what I call service. They shared the hotdogs and sausages, and Hutch provided some on site reel repairs. It was a real nice, warm evening with sunshine until 8:30 and clear skies with no wind.

My mate Bert brought his little bell with him, it sounded like the bells peeling on a Sunday morning, tip lights are no good for him as obviously he can’t see them.

They finished up around 12:30am and Bert won the night with nine fish beating the other two.

Andrew Riley fished Cleveleys between the Vue and 5-Bar, fishing four hours up and two down. He targeted rays or hounds with one rod set up with a big crab bait and the other with squid, bluey and sandeel.

Second cast and one rod nearly ended up at sea as it was lifted out of the rest. He struck into a good fish that he could feel banging away. Despite wading out waist deep the substantial fish was lost when trying to bump it over a sandbank. The fish had hit a large crab bait. Andrew finished the session with two doggies and a codling with nothing on the ebb

Darren Evans reports on Friday that it was good fishing on the Gynn with loads of dogs, whiting and codling. Shane Craft fished Friday night at Cleveleys with Rick Pennington and although the weather was great only had two whiting and two rays.

Also on Friday night David Hoyle fished at Gynn cable steps where he had dogfish, dab, whiting and a smoothhound adding one more to his species list.

Leyland and District Sea Angling Club had an outing at the Gyn Wall on Saturday fishing a catch and release match from 10pm until 2am. The evening was warm enough but they had a bit of rain before midnight. There were quite a lot of fish caught, mainly small whiting, smoothhounds and doggies.

Bispham Angling and Lancashire Sea Fishing had a match last Sunday at 5-Bar Gate. 22 entered and again the fishing was extremely hard. The entrants would like to say a big thank you to Mark Thompson from Lancashire Sea Fishing for the organisation and also Sidewinder and Ultima for sponsoring the raffle. The raffle raised £105 for the RNLI on the day. 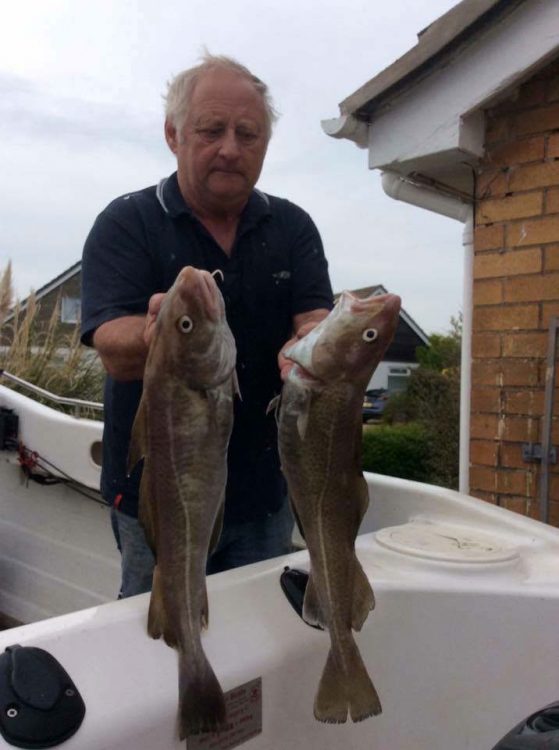