A bit of an up and down week this week on the Lancashire coast due to it being change over period when the summer species are leaving and the winter ones starting to appear.

The back end of the week thes storm has put a quick end to the fishing making it pretty much impossible to fish unless you go around the corner in to the bay at Fleetwood where it was fishable and not to rough.

We have still seen some smoothhounds, sole, tope pups, dogfish, whiting and already the odd codling being caught. Rag worm at the moment seems to be fishing the best for all species along the coast.

Last Wednesday Wayne Marshall and friend were on the beach at 4.15am for an early start, but it was worth it. They had five smoothies, a thornback, a few tope pups and some of the horrible weevers. They fished high water with not a lot of success apart from two 1½lb flatties two hours after high tide along with a few weevers. All fish on fresh lugworm at Harrowside. 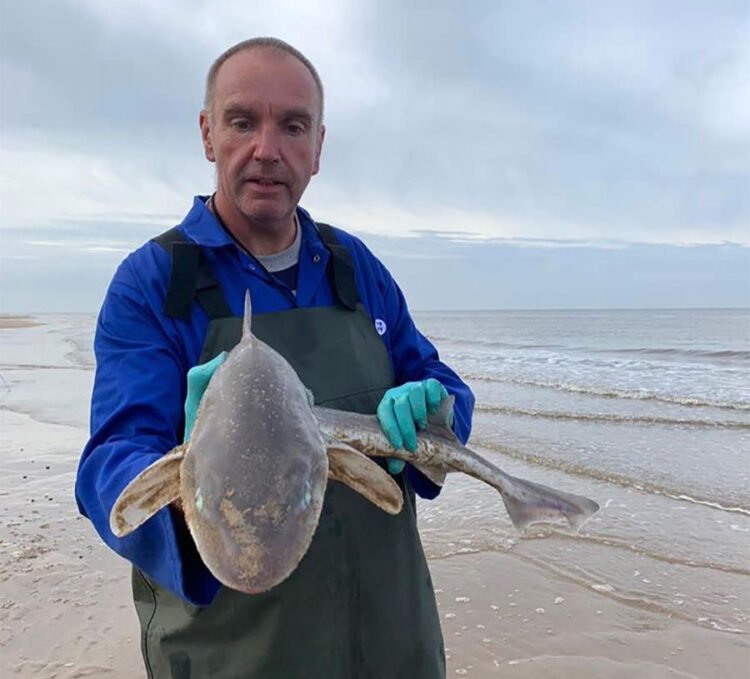 Wayne with the best of the hounds

Fleetwood and District Angling Club fished their latest match on the Gynn Wall at the Miners’ Home. It was choppy but fishable, unfortunately not a lot of fish were about.

Twenty-one anglers fished but only ten caught fish. The match was for the best combined total points for a flatfish and round fish, only one angler managed to do this.

Congratulations to Ian Mawdesley for being the only club member to achieve this. Ian had a dab and, unusually for the conditions, a bullhuss.

No match over the Bank holiday weekend so the next match will be on Sunday September 6th at Five Bar Gate with fishing from 12.30pm to 3.30 pm.

Pier member Lee Ferguson fished the pier for a couple of hours and it started slow with a couple of plaice, dabs and small whiting.

Just before high water Lee decided to put a fish bait on a pulley rig. Within five minutes the rod made a twitch and his first thought was doggie then over it went lifting the rod butt. He was in, kicking hard then nothing as it was swimming towards him. A glimpse of the fish showed it to be a huss but unfortunately it threw the hook.

He switched to pulley pennel rig and the fun began with huss after huss, five in all and a large thornback ray, all doubles. A fantastic session, and thanks to Stan and Granville on net duty. 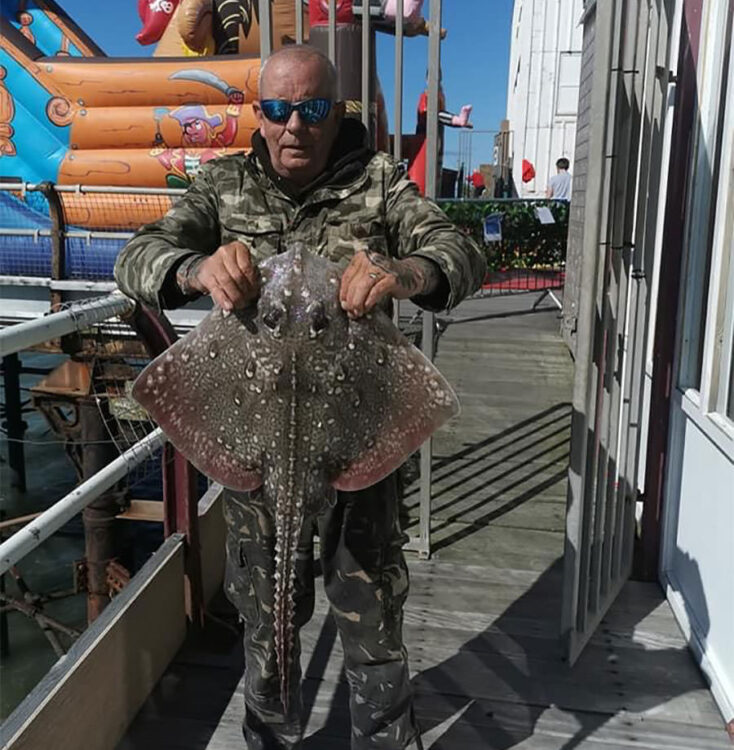 Lee Ferguson with his thornie