John Popplewell Looks Back On 2019 Fishing

As our angling year comes to end it is always good to look back on our fishing fortunes throughout the year. Spring started in early April with thornback ray showing in force for boat and pier anglers. Clacton Pier saw anglers catching three or four rays each per tide and the boat anglers were in seventh heaven with multiple catches of these heavyweight fish.

The bigger bass also showed early in the Spring with a few 8lb fish caught from the beach along with the return of dogfish, the whiting never really left our coast and we were still catching plenty of these too.

Early Summer arrived and with it heralded smoothhounds for the boats although I think in general by the reports I received the bigger hounds were at a premium, yes we did see some whoppers but not so many.

The stingrays hit the local beaches with St Osyth once again seeing the lions share, rays to over 50lbs were landed. We saw one massive stingray caught from the beaches by Peter Hart; it wasn’t weighed but looked to be 60 plus pounds looking at the photo. 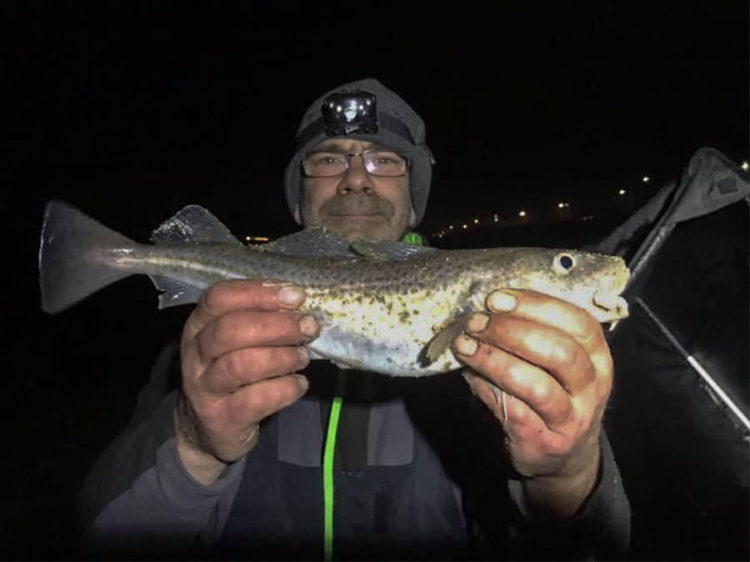 Most of my trips were down to the local backwaters to fish with lures for the bass and I had great sport with fish from just a few ounces up to 8lbs.

I did try to target the big conger eel that lives under Walton Pier but alas after nearly losing my rod over the pier rails to the beast and not landing it, with further conger trips I didn’t latch onto it again!

Walton and Clacton pier saw plenty of bass being caught along with garfish which are always great fun on light tackle. The thornback rays carried on feeding and the evening tides saw some good catches.

Mid-Summer arrived and the tope started to be caught by the boat anglers, but they did have to travel for them as this Summer they stayed out on the further reaches. However, those boats that made the journey saw fish up to 50lbs being caught.

Thornback ray were still the mainstay for anglers and kept every one busy throughout the Summer.

Autumn arrived all too soon and those whiting shoals built in the Thames estuary to extremes that we haven’t seen for a long time, not the big fish that we once saw but still sport on lighter tackle. 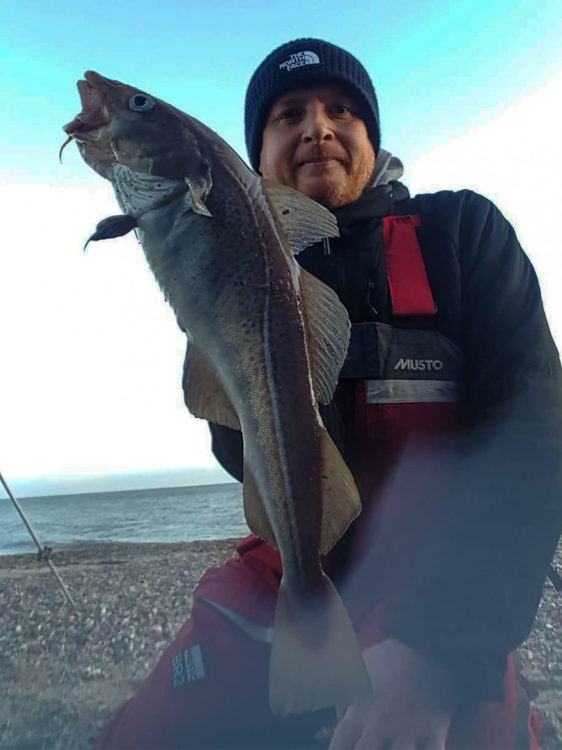 Once again very few codling showed on our part of the coast although as I write we have seen one or two caught from the Clacton and Holland beaches but not much from the boats.

Back to this week and The Walton Pier Club fished their Christmas match on the local pier in what can only be described as challenging conditions. Competitors were greeted with driving rain and a bitter SW wind.

The heaviest fish prize went to Cliff Bone with an 11oz whiting.

Colchester Sea Angling Club headed for the Harwich beaches for their Annual Rockling Challenge match sponsored by Wass’s Tackle. It was a fun evening with most anglers fishing with light fishing tackle. Almost everyone caught rockling. The winner and top rockling hunter for the second-year running was Dave Clark with three fish for 12oz, second place went to Peter Harris 9.7oz and third Bill Paquette 8.7oz.

The heaviest rockling prize went to Chris Mills with a 4.9oz monster! 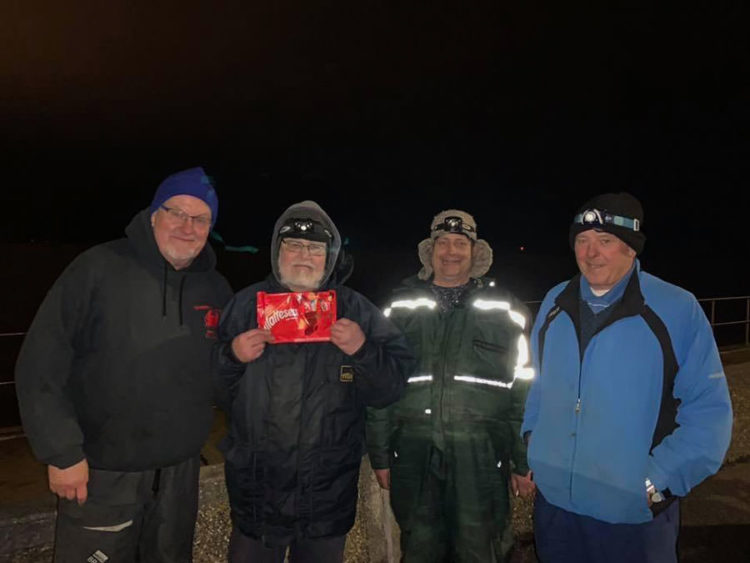 Walton on Naze Sea Angling Club fished their evening match on the Holland beaches. Top angler on the night was Steve Simson 367 points, second was Lawrence Chisnall with 197 points and Alan Humm was third on 147points, Alan also landed the heaviest fish prize with a 42cm codling.

Once again Walton Pier will be hosting the Annual Boxing Day Match fishing 10 till 12 am. Plenty of prizes up for grabs, don’t forget your raffle tickets.