High winds for the whole week has certainly stirred the seabed up! With north-westerly winds blowing off the land at the weekend, those rough seas flattened off inshore and made the tides higher than normal. The boats were again able to launch and they found the fish feeding with plenty of thornback rays, bass, dogfish, whiting and some late smooth-hounds.

The Brightlingsea based Seawatch Charters had a bumper trip. Local angler James Hendrey was onboard and caught thornback rays, dogfish, whiting and a late autumn smooth-hound. 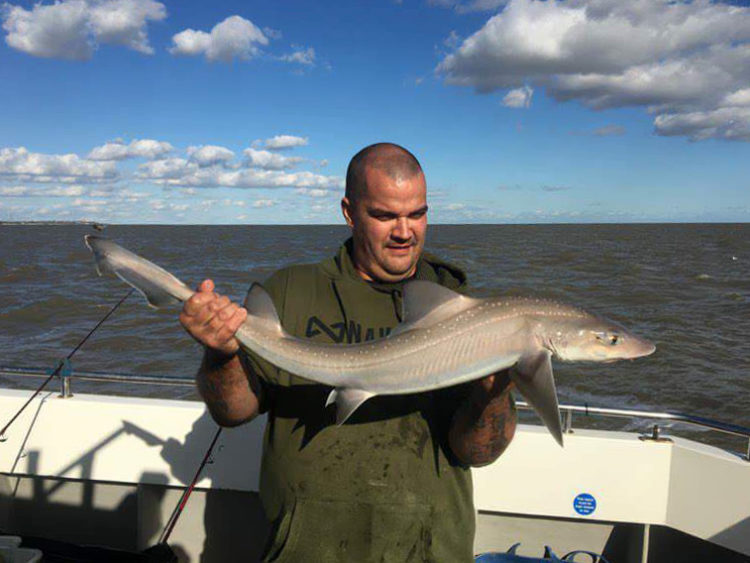 James Hendry with an Autumn smoothhound

Rocky Rochelle and Dave Holllands launched from the The Gunfleet Boating Club, and they also had a good trip landing rays and dogfish. Rocky caught the best fish of the day in the form of a 6lb bass.

Still not much to report on the cod shoals that should be with us! It is certainly looking like another season with only the odd fish to catch.

The beaches and piers have also had a good week, Clacton Pier has seen a good run of thornback ray on day and night time tides. Dogfish and whiting are also showing well plus the odd bass.

St Osyth has seen an influx of whiting from the beaches where there are rays to be caught, but it is very difficult to get through the voraciously feeding whiting. Thornback ray have returned to the Holland beaches this week, most are in the 3lb-4lb range but there are a few bigger ones to be caught. Squid is the best bait to catch the rays. Whiting and dogfish are showing here on the evening tides. 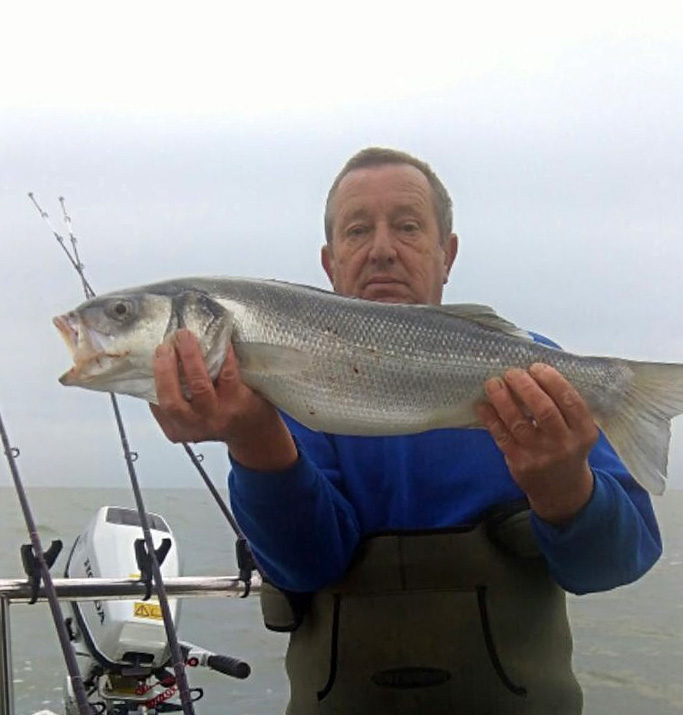 Colchester Sea Angling Club held round four of the Colchester Bait & Tackle league on the Walton beaches beside the pier. Seventeen anglers turned out to fish this evening match in blustery conditions. Whiting, bass, soles, pouting, mullet and flounders were caught.

Walton Pier has also had a good week, with thornback ray being caught from the top of the pier and also from the club hut area at the bottom. Plenty of whiting and dogfish from all areas and still a few bass to be caught.

The high tides for the weekend are Saturday 7.06am and Sunday 8.33am.