This competition is held on Tuesdays, every fortnight, between 010.00 / 14.00, if you wish to fish this event you have to be at least 55 years old. Last Tuesday it was being held in the Callaan canal Europoort, fantastic weather, not a lot of fish though.

Held on Saturdays, every second week between 09.00 / 13.00 this time the competition was held on the beach at Zoutelanden, this is in the south of the delta in Zeeland, again fantastic weather , lots of holiday makers.

We fished from low water through until high water; the fish we caught were bass, flat fish; mostly small dabs and flounders. 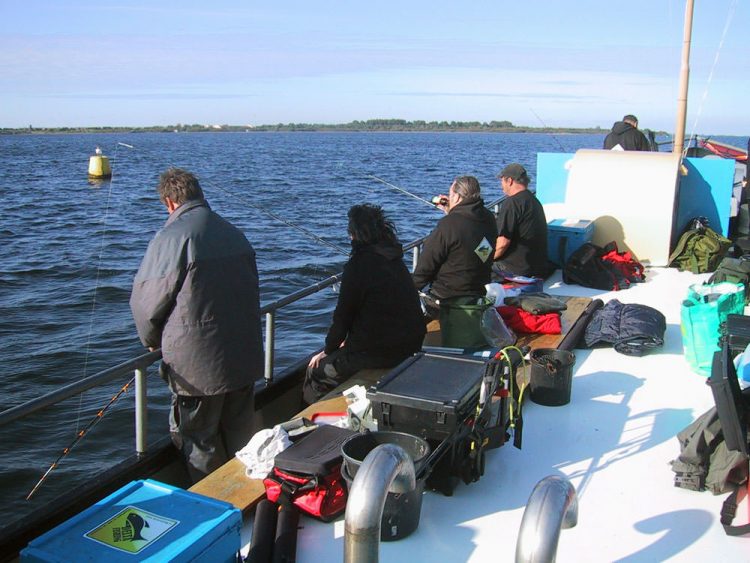 This is part of the ongoing Delta fishing competition, this time being held on a boat the Hendrik 2 from Den Osse on the Greveling Lake which is a salt water lake that is partially open to the North Sea. Here in this lake there is large variety of fish to be caught from turbot, herring, mackerel, whiting, all the flat fish and some rarer species as well. A recent event was fished from 20.00 to 24.00 when lots of dabs were caught and donderpad or bull-pout in English; this water produces a lot of fascinating species of fish.

The Steiloore Trofee organised by the HSV 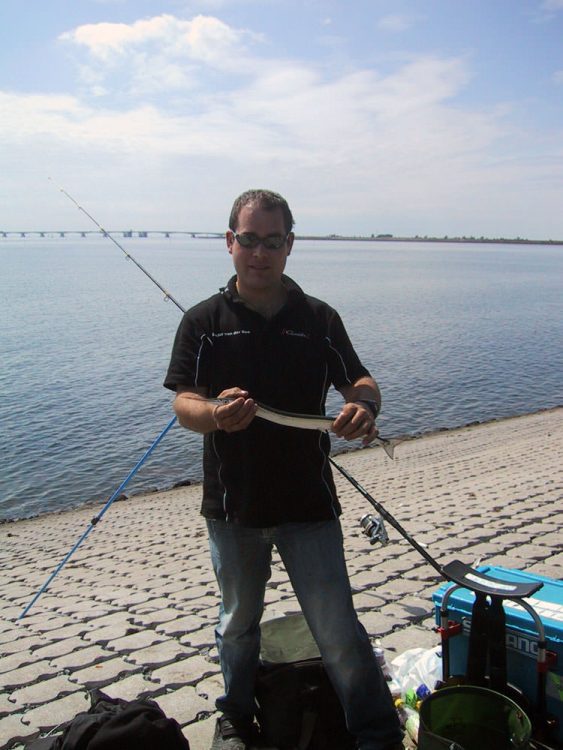 This was a one day open competition, fished from the dikes of the Oosterschelde part of the South Holland delta. 101 anglers took part in the competition and after a cup of coffee, drawing your peg number and chatting with the other anglers everyone set off for the Oosterschelde.

At this time of the year the garfish are running up the Oosterschelde, these fish are lovely to look at with their marine blue/green colour long spear like appearance. When pleasure fishing they are usually targeted using a bait suspended below a float. However the competition rules stipulated that normal float fishing was not permitted. Anglers could however cast out with only a lead on and then slide the 40 gram float with hook and bait down the line to the water, this is a method that needs some practise but once you get the hang of it is effective and fun.

The winner landed three garfish, one being 74cm this was also the largest fish, second and third places went to angler each with two gars and they were split by a total length count back. As with most of the competitions in Holland, length of the fish and not weight of fish is used to calculate the results.

In fantastic weather some of the anglers were sun burned and lots of cyclists had to be avoided as we fished from the cycle path.

Next month there are not many competitions because of the holidays, so it will give me the chance to fish the new Masvlaakte 2, the first of four beaches has been opened to the public. We will have to fish this North Sea venue when the weather is bad to take account of the holiday makers, I will keep you informed.