Jerry Guy, Paul Mckinnon, Sanders McPhee and Murray Farmer from the Wick area in Caithness headed up to their favourite mark at Strathy last Sunday for a session targeting common skate and smaller fish.

After a string of flatfish had been landed, and, with the tide approaching low water, both rods fished by Sanders McPhee towed over into what was obivously a decent fish. Sanders picked up the heavy rod while Paul latched onto the one with the smaller end gear. After 15 minutes of hard pumping the snood on the lighter setup gave way leaving Sanders to fight the fish alone.

After a titanic half hour struggle the fish was brought to the rocks and after careful selection of a landing place Jerry sunk the gaff home. 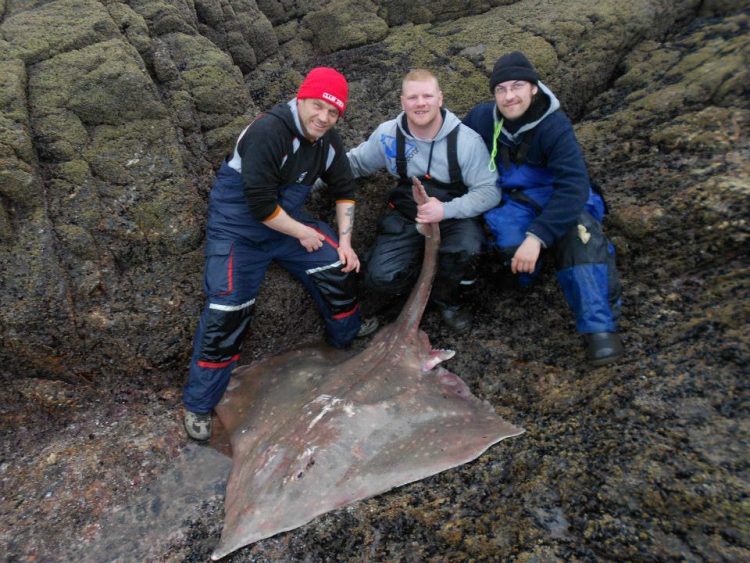 The magnificent fish was measured and safely returned, and on checking the charts was given a weight of 204lb.

This is the second monster that the fishing mates have landed from this mark.