Further to the recent announcement that SAMF were looking to replace the secretary Andy Steele, who had announced his retirement. The SAMF committee has appointed three new members to take on roles previously undertaken by the Secretary.

As a result of these appointments Andy will remain as Secretary in overall charge and looking after the finances.

This is early days but exciting times for SAMF with the future looking bright. the AGM will be held at Dover during the Masters weekend in June where these roles will be explained in more detail and the changes to be endorsed by the membership.

If you haven’t renewed your membership yet, now would be the ideal time to do so and show your commitment to the federation and our sport, membership forms can be found at http://www.seaanglersmatchfederation.com/join-samf/ and payment can be made either online or via post. 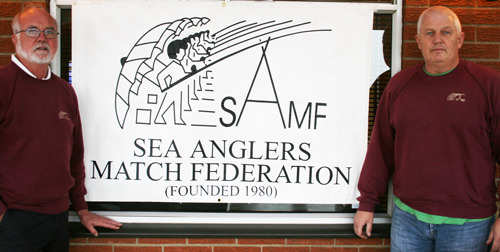