Lyme Regis Sea Angling Club had cracking weather for the ‘Five Go Fishing in Dorset’ two-day charter boat competition in Lyme Regis – 28th-29th June. The target for each angler was the best aggregate score of five species – cod, bass, plaice, pollack and bream. Despite the weather the fishing wasn’t easy but the reef produced some cracking cod on both days, all falling to Amaretto IV skippered by Steve ‘sweet-spot’ Sweet. The two best cod came on a single drift to Mike Rogers and Phil Marshall, weighing in at 18.8lb and 16.5lb respectively (the fish, not the anglers). The wrecks produced the bass and the plaice. Only small pollack were landed throughout the competition and the bream were hard to find as they’re not here in great numbers yet. Gary Wyld managed to winkle one out from Alice Rose skippered by Lewis Hodder. Nice one Gary. 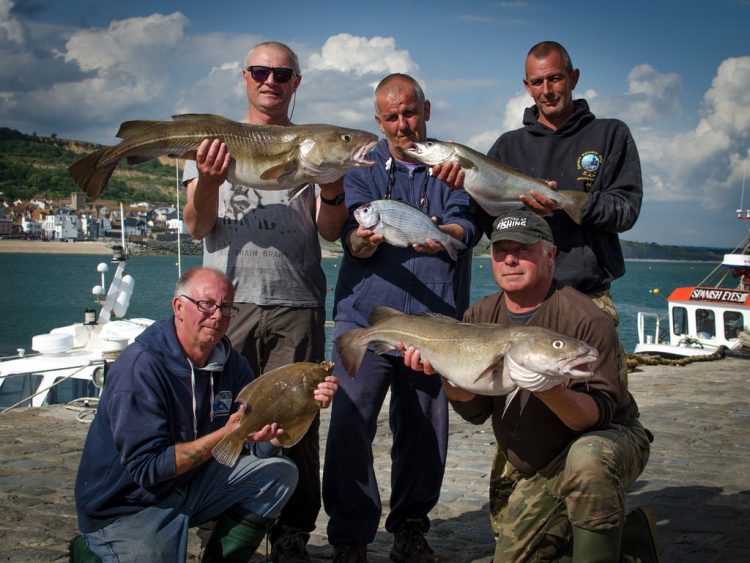 The overall winner was Phil Marshall with three species (bass, cod and pollack) and a score of 164.60%. Well done Phil and all the rest who took part. 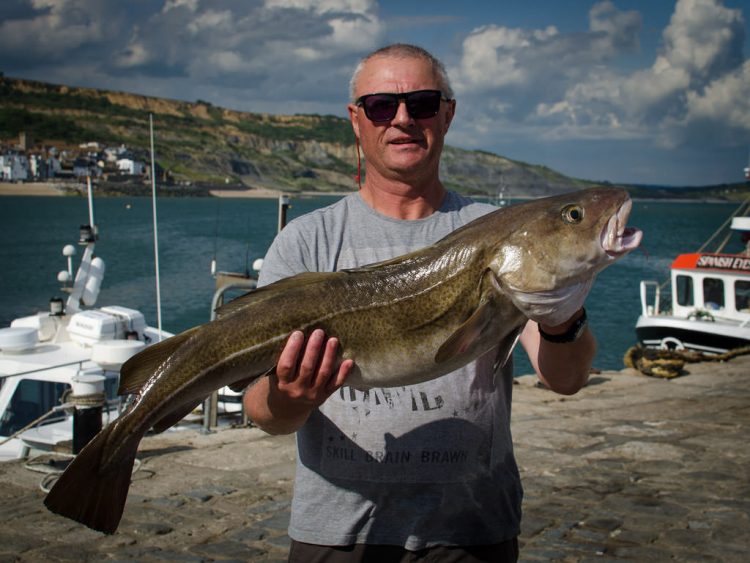