Fish On The Fylde Coast Despite Weed

With the northerly winds recently coupled with the rain conditions have been difficult. The weed has also presented problems on some tides. This hasn’t put the fish of though with still plenty of whiting about, a few of the flatfish species and also some codling showing. The weed doesn’t seem to be as bad from Fleetwood to Cleveleys.

Some lads have been having some cracking results with the cod further north around the 5-Bar Gate area. Dave Brown had a couple of decent cod on yellow tails.

Brian Leigh fished near Rossall School on the flood in search of codling. A good sea was running but he had just one bite and a small codling. Brian headed round to Coastguards for the ebb and found it thick with weed. Whiting showed despite the conditions and a surprise school bass all on fresh worm. 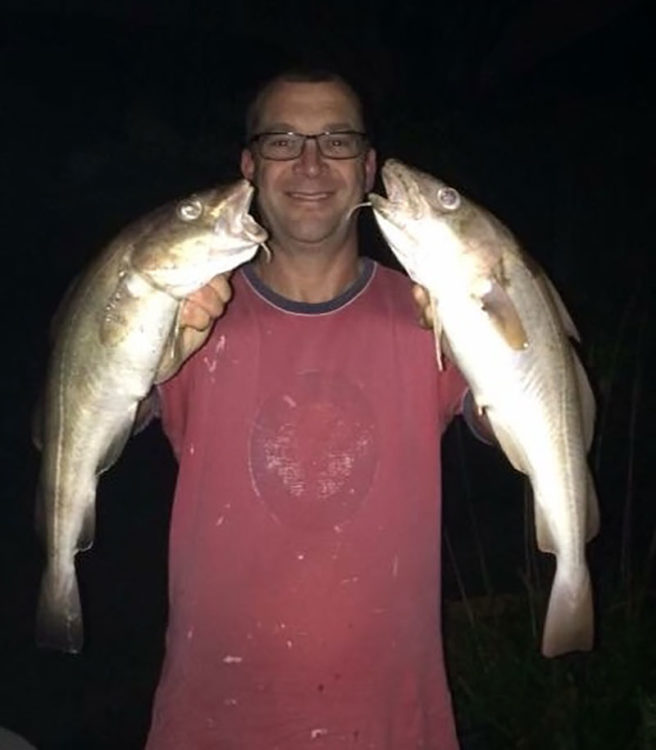 Dave Brown with a brace of cod

Chris English was out at Blue Bridge in Fleetwood where he had three flounders at high tide. He baited with frozen black lugworm and squid on one hook and frozen lug and mackerel on the other.

Paul Potter fished last Sunday night at 5-Bar Gate for three hours over high water. The was a nice chop on the water and the weed was manageable. Paul finished with five whiting, two pouting, a rockling, a very small codling and a foul hooked bass. The action died half hour either side of high water with most fish coming early. 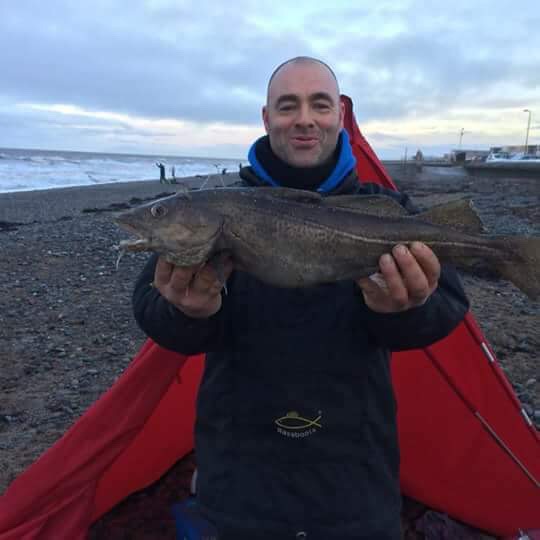 Steven Trish landed a cod of 4lb 5oz at the Gate.

Blackpool Federation SAC held their tenth match of the year on the third of December at Cleveleys 5-Bar Gate fishing from 8:30 to 11:30 over high water. The fishing was poor with only five anglers managing to catch fish that counted in the match.

The team match was drawn between H&A C and LMS A with both teams catching two fish for 10 points each, no other team managed to catch a sizeable fish.

Don’t forget this Sunday, the 10th, is the RNLI Christmas match. For more details please contact Bispham Angling on 01253 358194. 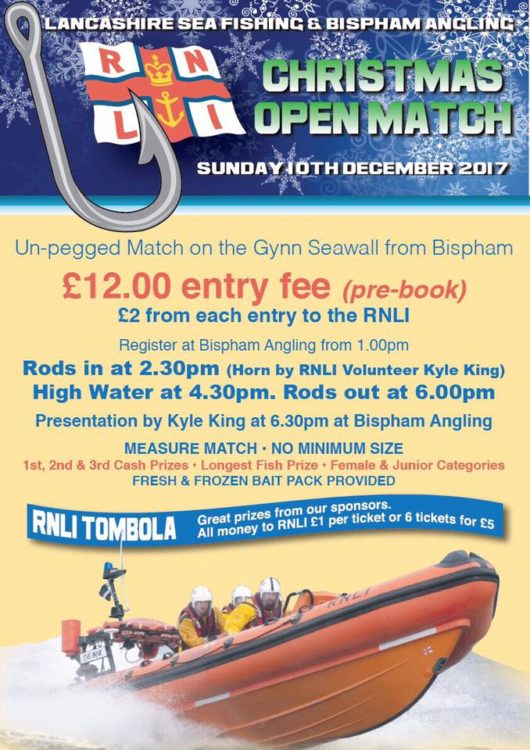 Codling On The Essex Beaches