Codling On The Essex Beaches

On the run up to the Christmas period we always find that the fishing tends to slow down somewhat. This year is no different, the thornback ray have all but disappeared and there are still only a few codling to be caught. At present there are more codling being caught from the beaches than the boats.

This is also traditionally the time for the estuaries to see the herring and sprat shoals arrive, they are here and without any cod to be caught they are not causing the anglers any problems.

The boats have had a quiet week, still plenty of whiting about plus some small codling. Thornback ray have been at a premium and it will probably be after the early new year before they turn up again if the weather stays settled. 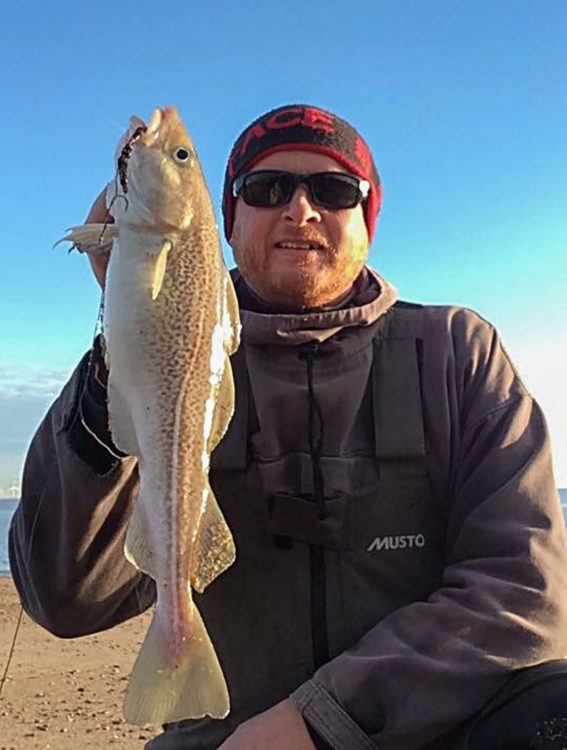 St Osyth beach has seen plenty of whiting being caught, most are very small plus a few dabs. Clacton pier is in much the same vein with whiting the odd small codling and the chance of a thornback ray.

Walton Pier is probably the best venue to head for with once again plenty of whiting and dabs to be caught, the bigger tides should also see a few elusive codling too. 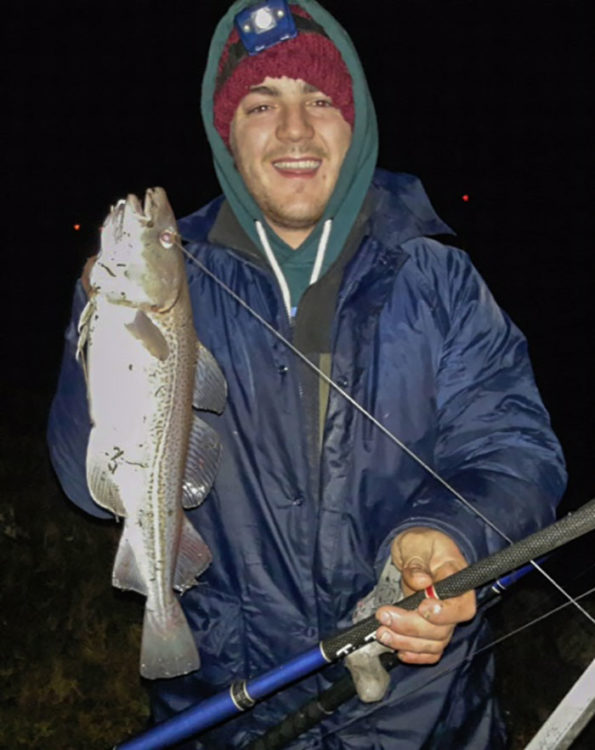 Joe Scammell and a typical codling from the local beaches

entered on this fun/social evening with only rockling to be weighed in. Most anglers used very light fishing tackle to catch these small fish, plenty of fish were caught mostly whiting and a few small bass. But by the end of the match 18 rockling were weighed in.

First place on the night went to Gary Hambleton with a total rockling weight of 175g, close behind in second was Phil Buy with 170g. Third placed Dave Clark had 145g followed by Michael Bradley 110g and Fred Gibby 100g.

Fish On The Fylde Coast Despite Weed