We carry on this week in a similar trend with calm clear seas and warm temperatures and it looks like the forecast is set for an Indian Summer which will mean it could be early October before much cooler weather sets in.

What we have noticed is that the nights are now drawing in and the beach and pier anglers are benefiting from the earlier twilight hours and bass, sole and early autumn whiting are being caught from the beaches and piers.

The boats this week have had no trouble in putting to sea, calm weather abounds and reports have been pretty good.  The charter boat Sophie Lea’s monthly report tells of some excellent catches from charter boats and all local ports.  Smoothhound, thornback ray and bass have made up the majority of the catches. 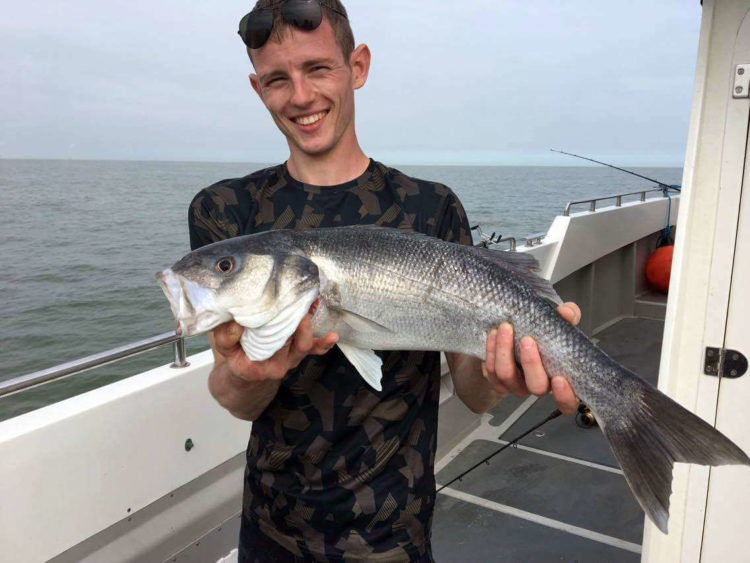 Plenty of mackerel to be caught which is always great to see, as some years they have been pretty difficult to find.

Some of the marks have been unfishable because of weed, but it is just a case of moving to another area.

Bass have been caught with up to ten good sized fish per trip.  With Autumn just around the corner we are expecting whiting to show.  Plenty of cod are showing off shore on the wrecks, it’s a case of waiting to see if these cod move closer inshore.

Seawatch charters has had a very good week with bigger bass showing plus smooth-hounds, turbot, whiting and dabs plus the odd stingray still to be caught.

Dave Holland and Rocky Rochelle launched their boat from the Gunfleet Boating Club and reported  some good sized bass with Rocky catching the biggest, weighing in at 8lb 6oz plus plenty of mackerel and small thornback ray.

The kayak boys have also taken advantage of the fantastic weather.  They also fished close in off of the Holland coast and caught thornback ray and reported the early run of whiting had started.

Walton Pier has had a reasonable week with still the odd thornback ray and smooth-hound from the top of the pier.  My trip this week was also to the local pier.  I fished lures and feathers and caught plenty of small bass.  I also found the mackerel feeding plus ballan and corkwing wrasse falling to ragworm baits. 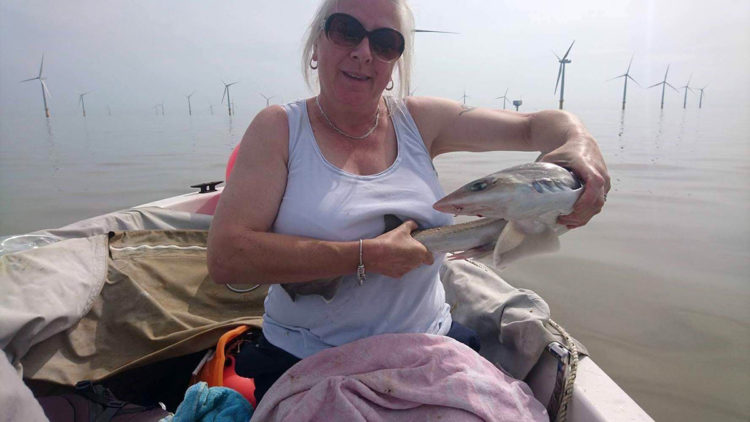 Sole are showing here but with bright sunshine and clear water it is always best to fish after dark with ragworm being by far the best bait to use.

The Frinton beaches have been fairly quiet this week with just the odd ray, small bass and the occasional sole showing.

Colchester Sea Angling Club held their annual sole match on the Frinton beaches, 17 club members fished a flood tide on a very pleasant evening.  Only sole counted in this match and unfortunately they were hard to find.  In total only seven sole were caught although there were a few rays, flounder, whiting and eels landed.

The winner on the night was Vic Pearce with 7.5oz, 2nd place went to Nik Highfield with 5oz and 3rd Bill Paquette 5oz.

The same goes for the Holland beaches with the odd bigger bass being caught and whiting after dark.

Clacton Pier is always favourite for thornback ray and this week has been in a similar vein.  The rays are on the small side but still great fun to catch and bluey and squid have been by far the best baits to use.

The high tides for the weekend are Saturday 9.37am and Sunday 10.36am