A pleasant week of fairly calm weather has seen plenty of boats fishing off our coastline.

Rays, bass, dogfish, and whiting have been caught, although it is a problem to get through the massive shoals of autumnal whiting that have appeared in the last couple of weeks. Some very reasonable catches of bass to around the 6lb mark have been caught off the sandbank marks, with ragworm being the best bait to use.

Cod are still very slow to arrive but we can live in hope.

The charter Sophie Lee’s monthly report has shown a pretty good month with the ever-reliable whiting turning up, with hopefully codling showing soon.  Thornback ray are still being caught in good numbers on most offshore and inshore marks.

Dabs will also shoal up in the estuary but you will have to scale down tackle to target them. Dogfish have also returned in numbers and it sometimes can be difficult to bypass them. Still a few smooth-hounds coming to the net but they are now moving to warmer waters until next year.

Neon Ling fished onboard The Eastern Promise out of Mersea. They had an exceptional day travelling a long way in calm seas, but it was worth it as they landed 20 smooth-hounds to 8lbs plus a few thornback ray. As the tide eased they moved to a shallow bar and found the bass feeding they caught 14 bass to 5lbs. They also landed plenty of dogfish and whiting.

If the cod don’t arrive there are always the heavyweight rays to catch right through the year.

Dave Hollands fished from his boat Essex Boys from the Gunfleet Boating Club, he also reported that whiting were quick to devour baits before bigger fish could get to them. Dave and Rocky did catch some thornbacks and plenty of dogfish. 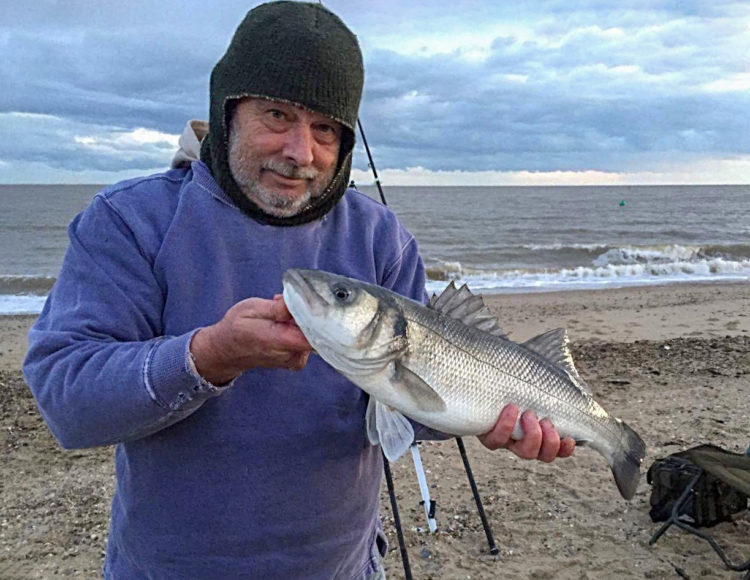 The Holland beaches have had an up and down week, a few bass are showing, Rob Hudson landed the biggest weighing in at an estimated 5lbs. Rob also told us that the problematic weed in this area seems to have disappeared.

Clacton Pier is still producing rays on most tides, whiting and dogfish after dark are in profusion with still a few bass being caught.

A few school bass on the Frinton and Walton beaches along with whiting and the odd thornback ray.

Walton Pier has seen a few codling being caught this week most are around the 1lb mark, hopefully if we get rougher weather they will increase in size!

Thornback ray have been caught from the top of the pier and even down as low as the club hut area.

The high tides for the weekend are Saturday 07.27am and Sunday 08.50am