The area is fishing really well at the moment with a mix of species about. Doggies, bull huss, thornback ray, whiting, plaice, sole and small starry smooth hounds have all been landed. The main bait at the moment has been ragworm and black worm with fish baits such as bluey working for the rays and doggies.

The Gynn Wall has produced almost every day over last week, Five-Bar Gate also has been fishing well.

In the next few weeks we expect to see the arrival of the codling in decent numbers.

Fleetwood and District Angling Club fished their Steve Hall Memorial Open match last Sunday. The boundaries were from Victoria Road to Rossall Hospital. The weather was great, overcast, dry and with a slight sea running. As expected the lesser spotted dogfish were out in numbers together with whiting, a few thornbacks although not as many as expected. 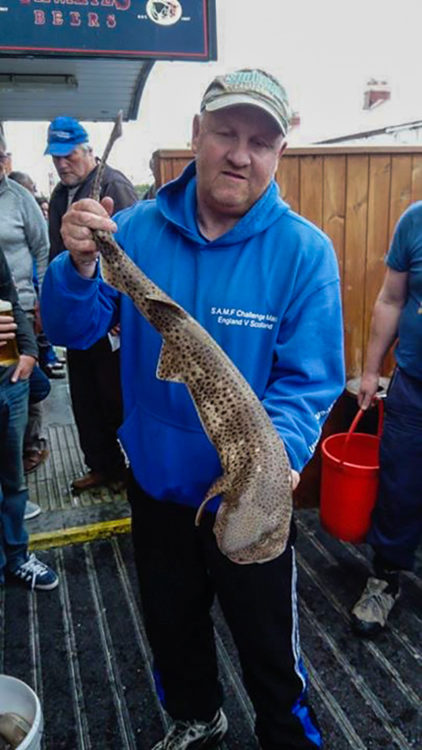 First place went to Stuart Dewhurst with a superb huss of 3.495kg, second with a thornback of 2.47kg was Ian Mawdesley after that it was all dogs. The attendance of 52 was impressive given the number of clashing matches. The Club would like to thank all the anglers who took part, the Conservative Club for hosting the event, Bispham Angling, Brookes Cycles, David G Hutchinson, Mark Taylor, Matty Preston and the members who gave raffle prizes.

The next Open is on the 5th November.

Leyland and District Sea Angling Club went further a field and fished the North Wall. The fishing proved hard with dogfish and a solitary flounder making up the catches. First place went to Fred Howard, second was Andy Riley and joint third Paul and Norman Pilkington. Mick Melling won the raffle, a fishing reel and no one was on the £500 Golden Peg.

Dave Brown had a few hours at the Fleetwood Channel where he managed a few good plaice on fresh black lugworm. David Playforth fished Gynn Wall and landed a sole, a plaice, two dogfish, two dabs, two whiting and a bass of 1lb 8oz, all returned. 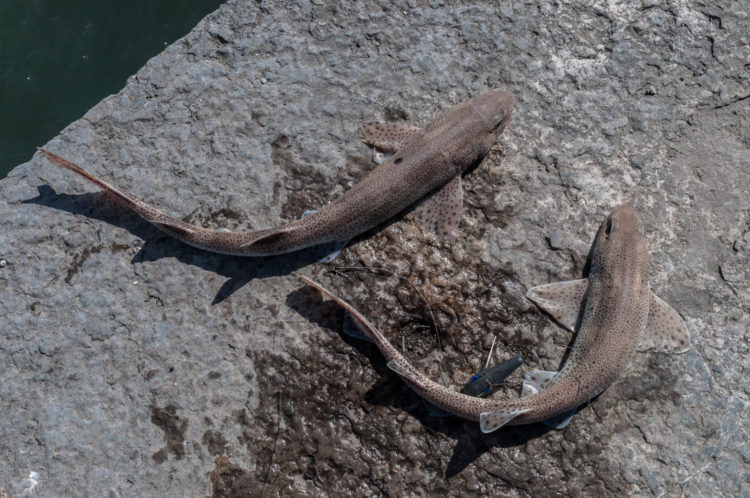 Paul Tyson had a couple of doggies and a small flounder at Anchorsholme last week. Mick Hodges and the brother-in-law had 30 lesser spotted dogfish, 10 whiting and an eel between them at Rossall fishing up to high water.

Steven Prior fished at the weekend on the Gynn at Redbank Road with Martin Foxcroft and Mark Thompson. The fish quickly came on the feed and the action continued until 2½ hours down. Steven had 15 fish in total, five doggies, eight whiting, a hound pup and a dab during his second Gynn session of the year.