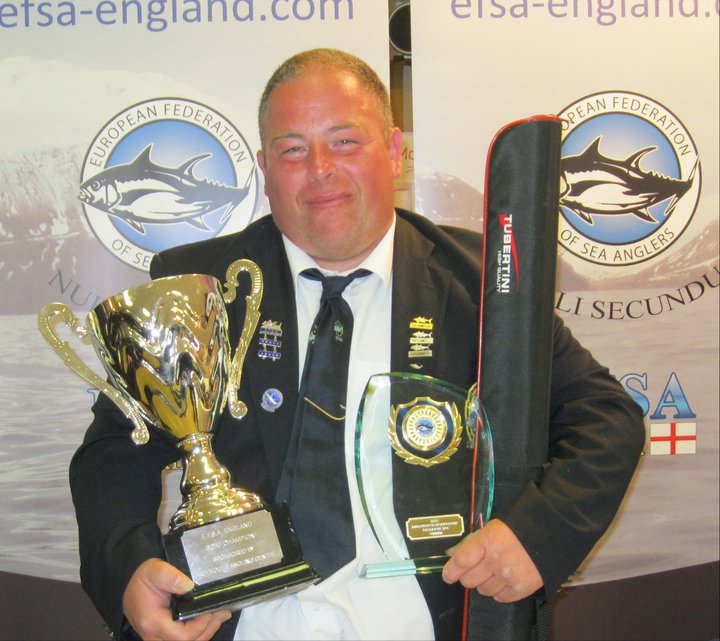 The competition is one of the most popular in the boat fishing calendar and is always hotly contested. The competitors took to sea during the two days aboard eight boats from England’s premier angling fleet.

The bait supplied competition is fished to a points system with the various species being awarded points on a sliding scale. Unfortunately the inclement weather restricted the areas where the boats could comfortably fish and catches were generally disappointing. This however did not detract from the tooth and nail battle for the Gold Pin.

After the Saturday, nine anglers had the maximum 100% including two who shared top score on their boat. Dave Mann headed the field with Rolf Marschalek and Miles Howell hot on his heels.

Sunday saw the boats further restricted due to the strong south westerly winds and dogfish, pout, pollack and wrasse again proved to be the main target species. Aboard the first boat home, Colin Searles had an agonising wait of over an hour before he discovered that his maximum 200% score had only been matched by one other angler, Gary Galbraith and that his count back points were enough to push Gary into second place. Third place was filled by Dave Mann the top rod from the first day.

Colin teamed up with Rod Adamson to lift the pairs title and Rolf Marschalek, Dave Mann, Mike Patten and Cliff Newbold finished top in the open teams of four. The Executive drawn teams of four prizes were won by Paul Hart, Neil Bryant, Gareth Croft and Robin Amor. Pat Short was the top lady angler and the junior title went to Ryan Casey.