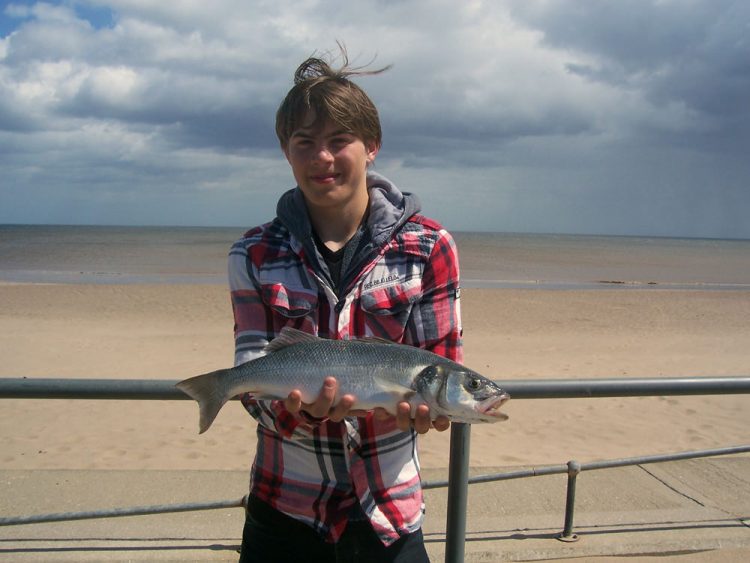 Woburn’s “Team Shorthouse” was unstoppable in the Skegness Pier Angling Club (S.P.A.C) Species Hunt, held at Trunch Lane. The format was 10 points for each different species caught, then 1 point for each further fish of the same species. Dave Shorthouse used his long casting skills to good effect, landing two flounders, a starry smoothound, a bass and a tiny weever to win the match with 41 points. Just one species behind in second place was his son Josh, whose two flounders, a whiting and a decent bass were worth 31 points. Josh also won the heaviest round fish prize for his 3lb 8oz bass, which is now front-runner for the May S.P.A.C Fish of the Month award. Wrangle’s Alan Steadman could manage only one species, but his three flounders totalling 12 points were good enough for third place. Corby’s Kellie Marshall won the heaviest flatfish award with a nice 1lb flounder; junior angler Kellie was last year’s winner and did really well to take 5th place on this occasion.

Dave Shorthouse and Alan Steadman beat Chas Tibble and Paul Cridland respectively, to progress to the third round of the inaugural S.P.A.C knockout competition. The next S.P.A.C event is the popular open Lincolnshire Pairs match, which will be held on Sunday 12th Jun from 1 till 5pm at Trunch Lane. For further information please contact S.P.A.C Secretary Chas Tibble on 07984 967988 or chastibble@hotmail.com