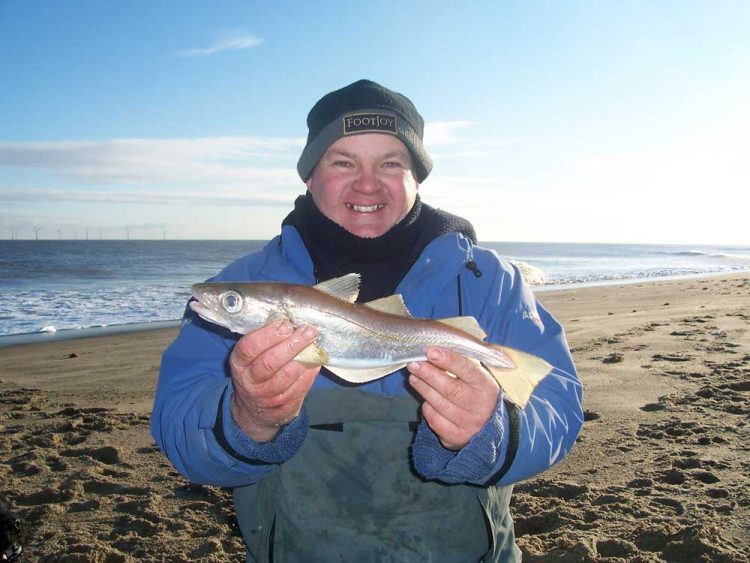 Kettering’s Dave Shorthouse was the runaway winner of the final Skegness Pier Angling Club (S.P.A.C) match of 2011, which was the annual Xmas Fayre event, held at Jacksons Corner. Despite losing a sizeable whiting when the line parted whilst winding in his first cast, Dave went on to catch a further six whiting and a decent flounder weighing 4lb 11½oz in total. To make a good day complete, he also won both the heaviest flatfish and round-fish prizes, with a 1lb 1oz flounder and a 1lb 2oz whiting respectively. Some way behind in second place was Croxton’s Dave Burr, who left it very late to catch two whiting and a flounder for 1lb 13oz. Wrangle’s Alan Steadman was also in amongst the prizes again, taking third place with two whiting weighing in at 1lb 3½oz. After the match a prize presentation was held in the Lookout Pub, where every angler received a prize and all enjoyed a festive buffet.

The first S.P.A.C match of the New Year will be held on Saturday 7th Jan from 2:30 till 6:30pm at Trunch Lane, with Club members fishing for the C Smith Cup. There is also an open section, which non-members are welcome to participate in. For further information (including any bait requirements) please contact SPAC Secretary Chas Tibble on 07984 967988 or chastibble@hotmail.com