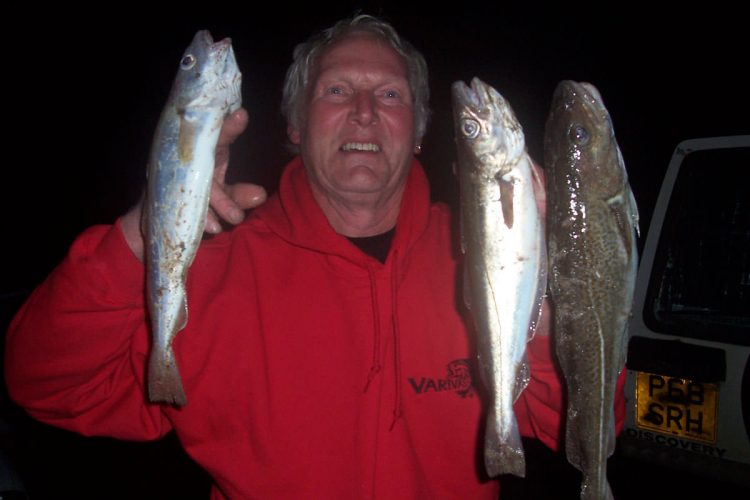 Winter fishing took off in a big way in the latest Skegness Pier Angling Club (S.P.A.C) match held at Trunch Lane, with the top three anglers all recording double figure bags of fish. Wrangle’s Alan Steadman used larger baits to target better fish, taking top spot with 15 fish weighing 11lb 2oz. Included in Alan’s catch was the first cod of the season, which weighed in at 2lb 1oz and lifted the heaviest round fish prize. Dave Shorthouse has moved jobs from Kettering to Woburn now, but made the longer journey worthwhile by catching 19 fish for 10½lb for second place. Just one fish behind in third was Croxton’s Dave Burr with 16 fish weighing 10lb 1oz. Boston’s Mo Fendyke and Kettering’s Bob Foster, both with 14oz flounders, shared the heaviest flatfish prize. Although catches were made up of predominantly whiting, it was pleasing to see other species coming ashore, with dabs, rockling and an un-seasonal lesser spotted dogfish also putting in an appearance.

The next SPAC event is the re-arranged Xmas Fayre match, which will be held on Sunday 21 November from 3:30 till 7:30pm at Jackson’s Corner, with Club members fishing for the Carlsberg Trophy. There is also an open section, which non-members are welcome to participate in. For further information contact SPAC Secretary Chas Tibble on 07984 967988 or chastibble@hotmail.com