There was a close result in the latest Skegness Pier Angling Club (SPAC) match, held in perfect conditions at North Shore Road. Croxton’s Dave Burr had a ding-dong battle throughout with Wrangle’s Alan Steadman, with a late triple shot of dabs giving Dave his first win of 2015, with eleven fish measuring 267cm. In addition to winning the Ex-Servicemen’s Cup, he also won the longest round fish prize with a 28cm (6oz) whiting. After being in the lead for most of the match, Alan eventually had to settle for second place with 7 dabs for 180cm, also winning the longest flatfish prize with a 30cm (12oz) dab. In a reduced entry due to some SPAC members fishing a big open match on the Yorkshire coast, nobody else managed to catch a fish. 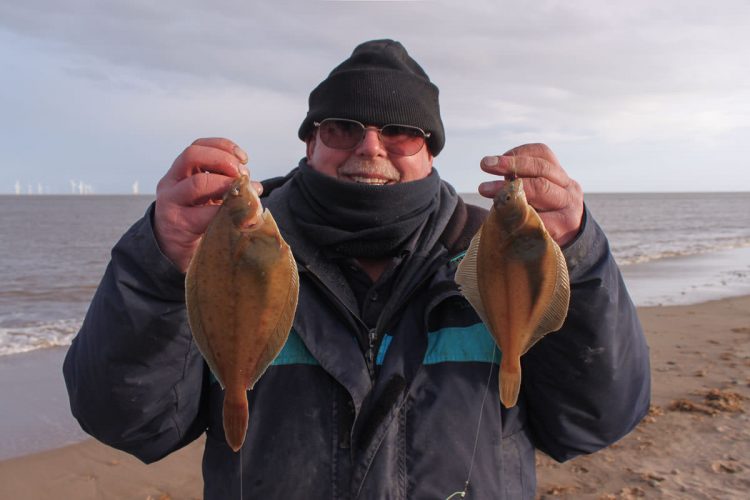 The next SPAC match will be held on Saturday 14th Mar from 3:30 till 7:30pm at Moggs Eye, with Club members fishing for the Stan Marvin Cup. There is also an open section, which non-members are welcome to participate in. For further information please contact SPAC Secretary Chas Tibble on 07984 967988 or chastibble@hotmail.com