After a quiet spell by his standards, Stafford’s Dave Shorthouse got back to winning ways in the latest Skegness Pier Angling Club (SPAC) match, held in perfect conditions at Chapel Six Marsh. Catching steadily throughout the match, he ended up with nine flounders measuring 234cm and won the Dodsworth Cup for his efforts. Just one fish behind in second place was Corby’s Paul Marshall, whose eight flounders measured 211cm. Croxton’s Dave Burr unfortunately lost a large smoothhound, which would have won him the match, but had to settle for third place with six flounders and a dab for 199cm. He also won the longest flatfish prize for his best flounder, which hit the measure at 33cm. Skegness local Dave Bradley only managed to catch one fish, but his 55cm silver eel was easy winner of the longest round fish prize. 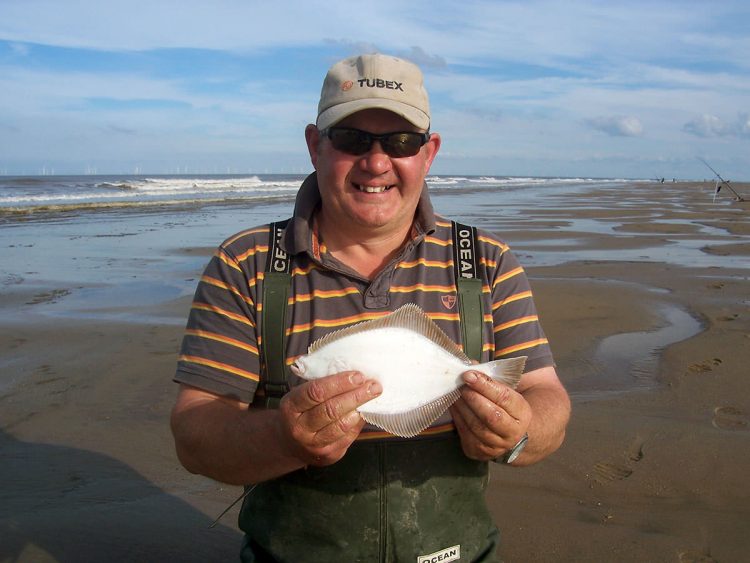 The next SPAC match will be held on Saturday 22nd Jun from 12:30 till 4:30pm at Moggs Eye, with Club members fishing for the Goodrick Cup. There is also an open section, which non-members are welcome to participate in. There has been a big influx of smoothhounds onto local beaches recently, with SPAC anglers catching fish weighing up to 18lb during pleasure sessions, so the match could be a cracker! For further information please contact SPAC Secretary Chas Tibble on 07984 967988 or chastibble@hotmail.com