After two cancelled matches in March due to the “Beasts from the East”, at last I managed to get a Skegness Pier Angling Club (SPAC) match up and running yesterday evening! The match was originally scheduled to be held at Winthorpe Avenue; but due to masses of weed on the beach there, the match was moved about seven miles north to Chapel Six Marsh.

I am pleased to report that 16 anglers turned up to fish, which is our best SPAC match turnout for many a day! The match was fished from 4 till 8pm, with high water just after 6pm and conditions looking absolutely spot on, so everyone was full of anticipation at the start. However, the fish hadn’t read the script and it was a real struggle throughout, with some top class anglers drawing a blank. 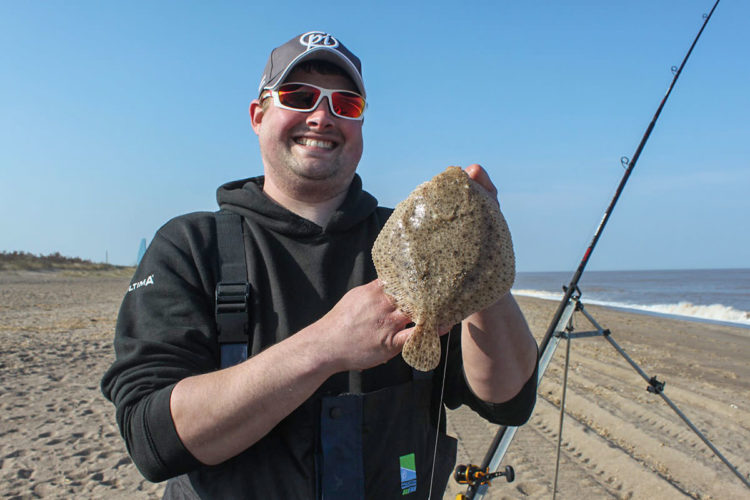 Grimsby ace Dan Jackson won the last SPAC match that was fished way back in February and it wasn’t long before he caught the first fish of the match, a pretty little 24cm turbot. Dave Shorthouse then pulled out a 20cm dab and Garry Hutson had one at 24cm, before Dan caught what proved to be the biggest whiting of the match, measuring a meagre 26cm. A couple more small whiting were then caught in the middle of the match stretch and Karl Nangle caught a 23cm dab, then the fishing totally died, with Dan being the only angler to card more than a single fish.

High tide then came and went, with rod tips stationary and no more fish, until about 20 minutes from the end. Dan Jackson had put a chunk of mackeral on one of the hooks on his three hook clipped down rig and hoofed it out as far as he could. He was rewarded with a gentle drop back bite, which he gave plenty of time to; then his line slackened again and it was fish on! A healthy bend in his rod resulted in a 62cm lesser spotted dogfish coming ashore and it was game over for the rest of the field. 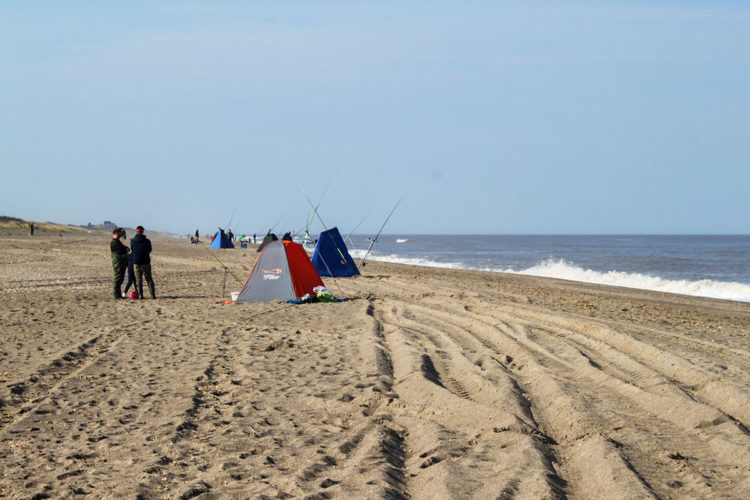 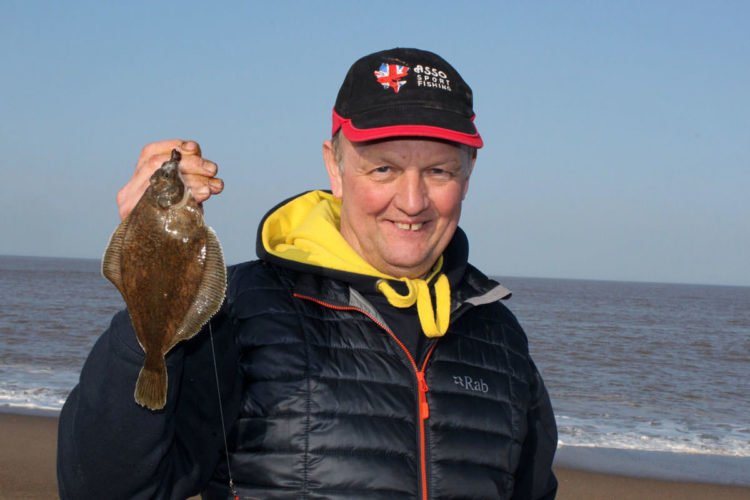 Next SPAC match will be held on Saturday 28th April from 4 till 8 at Trunch Lane, with Club members fishing for the Hewison Cup. The match is open to all and everyone is more than welcome to come along to fish with our friendly little Club. Contact me for further details please. 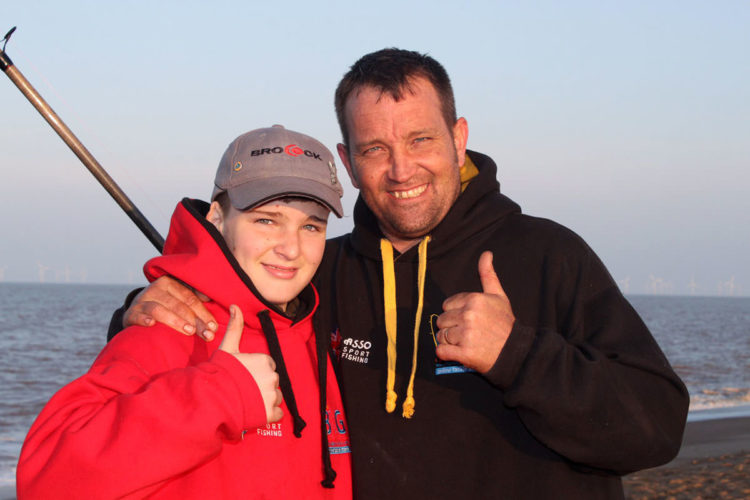 Gary Collins and his son Tyler tried their hardest, but couldn’t conjure up a fish between them!! That didn’t stop the smiles though!

Finally, Club Members please don’t forget that it’s Len Phillip’s funeral tomorrow, 2pm at Alford Crematorium. It would be great if as many as possible could come along to pay their last respects to Len and show support to Kath. After the ceremony we will meet up in the New Park Club, to raise a glass or three in Len’s memory.