Following cancellation of the Icon Tackle Tester Day at Trunch Lane on Sunday 11th October, Skegness Pier Angling Club (SPAC) Match 9 was held on that date instead. The match was again held from the beach in front of the Lakeside Leisure complex, with Steve Herrick of Big Catch Tackle at Lakeside doing the booking in and peg draw, whilst Josh Collier put the pegs out. Originally there were nine pre-booked in, but there was one no show on the day; so eight Club members went off to their chosen pegs to do battle once again for the Species Hunt trophy.

The match was again run with Covid -19 precautionary measures put in place, as recommended by the Angling Trust. On this occasion however, the pay-out was carried out at the end of the match with “safe” Club money and the entry fees paid on the day quarantined until presumed safe and virus free.

The last time SPAC fished the Species Hunt a couple of weeks back, rough seas and a strong lateral tide run resulted in a total blank. Unfortunately conditions were not much better for this one, although it wasn’t quite as rough and most were holding bottom for long enough to generate hopes of a fish or two. 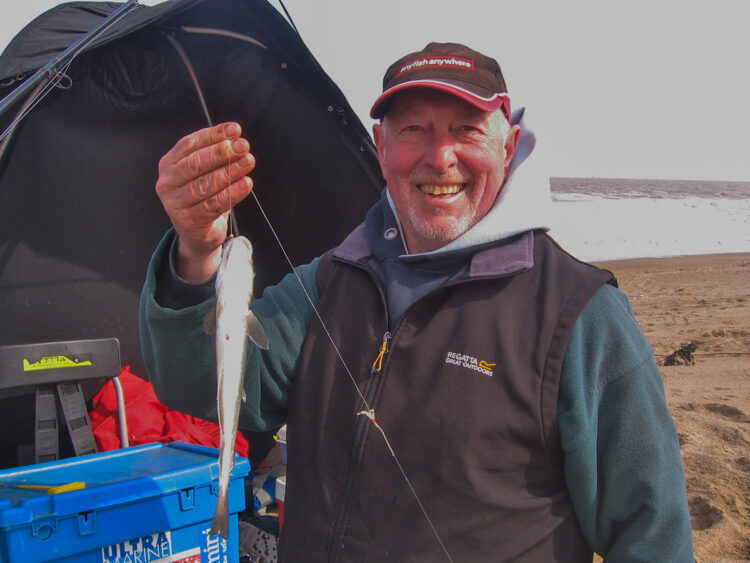 Grimsby ace Garry Hutson was soon out of the blocks with a decent 35cm whiting, then not long after Josh Collier beached a 30cm flounder, so my fears of another total blank were allayed! But it was really hard work, with most self respecting fish likely to be staying offshore beyond the reach of the turbulent waves. John Spalton was back-casting as far as he could, alternating between double and single clipped rigs, but was struggling to get past the breaking waves. But eventually his persistence paid off in the shape of a slack liner, which resulted in a 33cm bass. Next peg along to his right, “angler not a dangler” Bob Foster had been dropping short into the (slightly!!) calmer waters of a narrow gulley for most of the match. Once again his persistence was rewarded when a 31cm flounder took a fancy to one of his lug baited hooks. 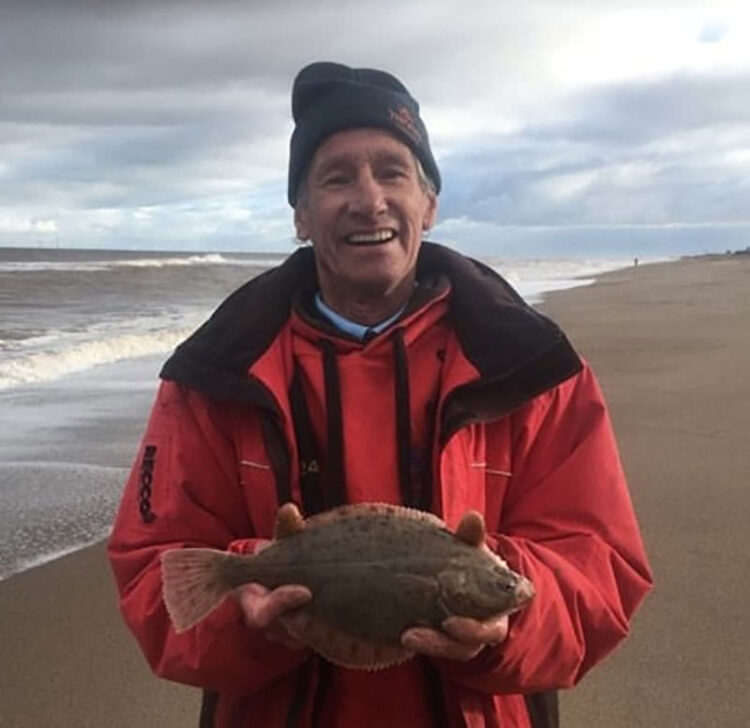 Angler not a dangler Bob Foster with his flounder

So as a Species Hunt, the match was a bit of a non-event, as when the cards came in at the end, nobody had more than one species recorded. In fact nobody had more than one fish on their card, apart from whiting ace Garry Hutson, who had managed to conjure up another three whiting to go with the one he caught early on! So a big “well done” goes to Garry for his second match win of 2020 with 13pts and also for taking the longest round fish prize with his 35cm whiting. There was then a tie for the minor placings, with three anglers all having 10pts for just one species each. So it was decided on total length, with John Spalton coming in second with his bass, followed by Bob Foster in third, who also took the longest flatfish prize with his flounder.

SPAC Match 10 will take place on Saturday 24th Oct from 11am till 3pm at North Shore Road PE25 1DN with the trophy to be notified. Please note that the match will be pegged, for SPAC members only, will be run under Covid 19 precautions and will again be pre-book only. It would be appreciated if anyone who puts their name forward then decides not to attend, to please let me know by the evening before at the very least, rather than just “no show” on the day. This Covid rubbish is not going away anytime time soon and whilst in the past it didn’t matter about turning up on match day, it causes inconvenience to the organisers nowadays if anglers who have pre-booked just don’t turn up on the day without prior notification.