Four of the competing anglers had fished the day before further towards the sea at a smaller event run by Holt SAC so they knew that fish were around with three of the four all in the frame yesterday and Trevor Elliot having a bag of over 6lb to destroy all the opposition from his end peg.

With a slightly later start than scheduled the whistle blew at 9.15am and right from the off fish were being landed as most struggled to keep their balance at this muddy venue. Struggling on Peg 1 was Alan Doy who was consistently finding snags and large clumps of weed but alas no fish, but his perseverance was eventually rewarded with a cracking specimen eel of 4lb 5 ¼oz which was one of a double shot the other being a smaller bootlace. Showing once again that you should never give up until the final whistle blows. The eel has to rate as one of the best to come out of the Ouse for several years. 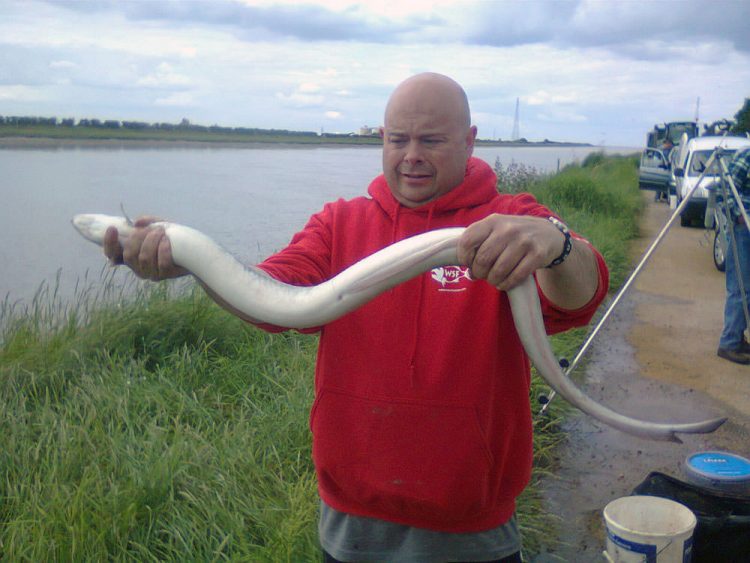 Lymington angler Andrew Dawkins stared off slowly on peg four but his experience at competition level shone through. Andrew was rewarded with the second specimen of the match, a 42cm flounder, which was followed by a triple shot of flounders and two good eels both over 1lb in an 11 fish match winning bag weighing 7lb 14oz. Meanwhile further to the right another close battle was being fought between Dave Read, George Smith and Robert Tuck, in the end it was Robert Tuck who showed top form with 14 fish for 5lb 14¾oz, George landed 10 fish for 4lb ½oz and Dave Read after a great start couldn’t locate the fish after the first couple of hours and ended on seven fish weighing 2lb 8oz. Although Dene Conway had also managed 11 fish from peg three it was not enough to compete against the bigger sized fish and he ended on 4lb 4oz,

Section B was poor in comparison with only 2 anglers managing to get over the 3lb mark, Alan Lewis who after the last match was determined to do better showed his class with six fish totalling 5lb 12¼oz to easily take the zone win, beating 2nd place Stephen Boyce who managed five fish for 3lb 3 1/2oz.

The overall winner on the day was Andrew Dawlins who beat the field convincingly with 7lb 14oz, 2nd place went to Robert Tuck with 5lb 14¾oz and the 3rd place spot went to Alan Lewis with 5lb 12 1/4oz 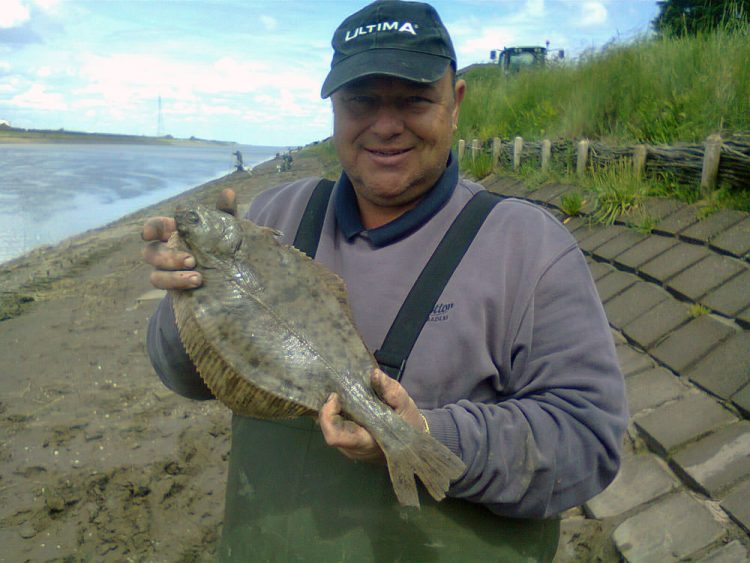 The heaviest flat on the day was Andrew Dawkins with his flounder of 1lb 13½oz and of course the heaviest round fish went to Alan Doy with the specimen eel of 4lb 5¼oz.

An enjoyable match had by most with all anglers catching and with only one match left of the series its still wide open and all will be decided on the last day at Sutton Bridge next month.

At the end of the series an angler worst score is dropped giving those who have missed a match or had a bad day the opportunity to still finish up the list.

A Day on the Kilmore Reefs