17 anglers made the journey down to Sea Palling for the latest NAC match, as always with this venue it was a rover as long as you fished near another member for signing of the card etc.

Many of the club members have never fished this venue before so it would be interesting to see what came on the score cards.

With rain forecast for later in the evening we all hoped it would not be torrential as the majority had not bothered to bring a shelter as is the norm on the sand venues.

From the off we were plagued by tiny pin whiting not even reaching 18cm especially in the centre parts of the bays, but this venue can always throw up some surprises and good sized bass, and flounders are often caught. 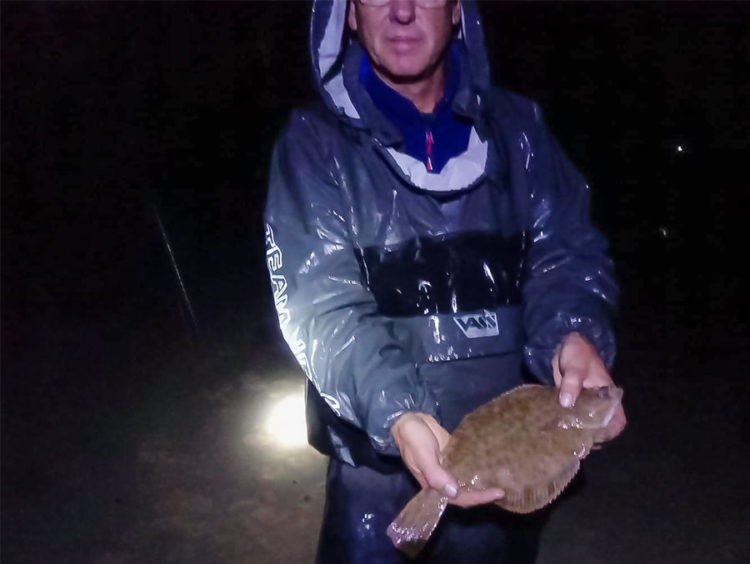 Dene with his flounder

Top rod on the night was Ian Wells fishing to the left with four fish for 3lb 21/3oz.

In second place and first time on the podium was Emma Princess Roberts thrashing her husband Chris yet again. Emma had three fish for 2lb 1oz.

The heaviest round went to Andrew Bunn for his 37cm bass and the heaviest flatfish was landed by Dene Conway, a cracking 34cm flounder.

Sadly six of the 17 failed to catch but that’s fishing, next week the Club are back on the shingle at Cley. Full details from the Rite Gear shop.

In the air, on the beach and under the sea at Embo for flounder