Unfortunately Trunch Lane was out of sorts for the latest Skegness Pier Angling Club (SPAC) match, held from 10am till 2pm earlier today. The sea didn’t look too bad, but the great turnout of 16 anglers really struggled to catch in the bright sunshine.

The Collins family were very well represented again, with three Collins couples and Uncle Steve Brightwell all turning up to fish. After her success in the last match, Lisa Collins was quickly out of the blocks again, catching a 26cm sole early on. But it was painfully slow along the rest of the match stretch, with some struggling to keep any bait on the hooks due to crab activity.

Hound magnet Adie Cooper had a bite first cast and a fish on, but unfortunately lost his gear when tangling up with Dylan’s line on the way in. 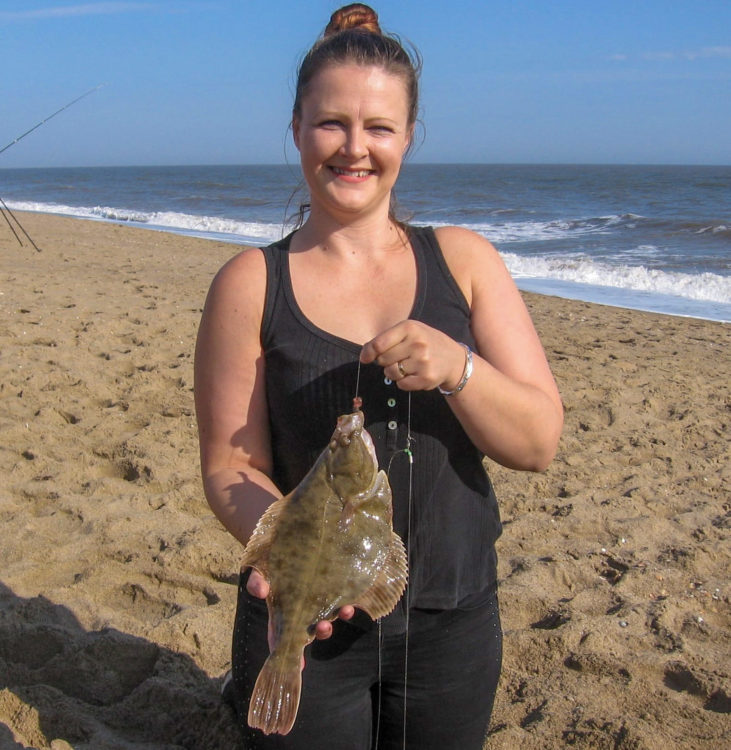 Then as the match progressed, Dylan himself managed to extract a 29cm flounder, whilst Josh Collier next to him caught a palm sized 19cm turbot on a small strip of squid, then Alan Steadman avoided the dreaded blank with a small flounder.

Fish were certainly at a premium, with even top class Grimsby anglers Garry Hutson and Simon Drayton struggling at the south end of the match stretch, until they were both relieved to record a small flounder apiece on their match cards. Then Lisa had a cracking bite at extremely close range and pulled in a lovely 37cm flounder. So it was game on, with Lisa gaining a clear lead in the match, being the only angler to measure two fish. 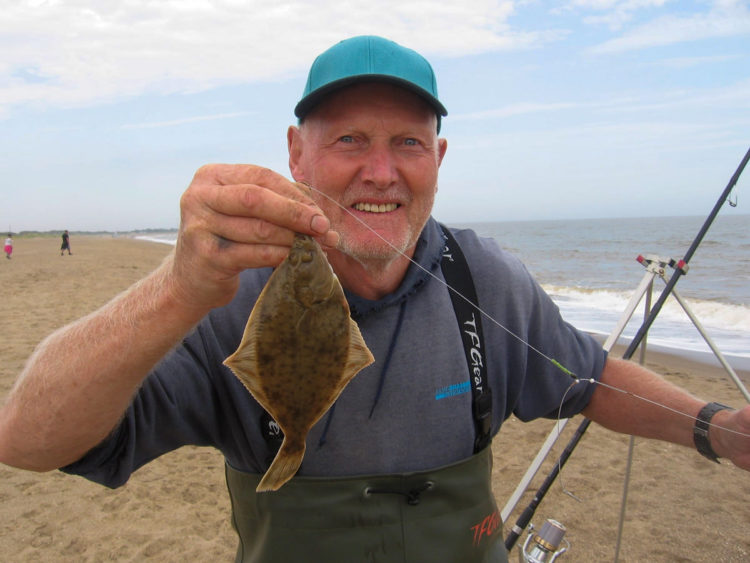 Second placed Alan Steadman with the smaller of his two flounders

It stayed that way until with just over half an hour to go, both Garry and Simon caught another flattie each, to put them not far behind Lisa. Then Steve caught a nice 30cm flounder and Chris Birch also pulled one in that was a twin of Steve’s. So it went right down to the wire, with just one more decent fish needed on the last pull in to knock Lisa off her perch.

But I’m really pleased to say that Lisa held on for the win, with her sole and flounder measuring 63cm in total, becoming the first lady angler to win a SPAC match trophy for many a year. So I will be extremely proud to present Lisa with the Gamble Cup at next years AGM. To make a really good day complete, Lisa won the longest flatfish prize with her 37cm flounder and I think she also won some cash in the Collins family match sweepstake!

Alan Steadman was the last man to hand his match card in and had done well to catch a second flounder late on, to leapfrog into second place with two flounders for 57cm. He also won the longest round fish prize by default with his second flounder, which hit the measure at 35cm. Simon Drayton and Garry Hutson were the only other anglers who managed to catch two flatties apiece, taking third and fourth places with 52cm and 48cm respectively. 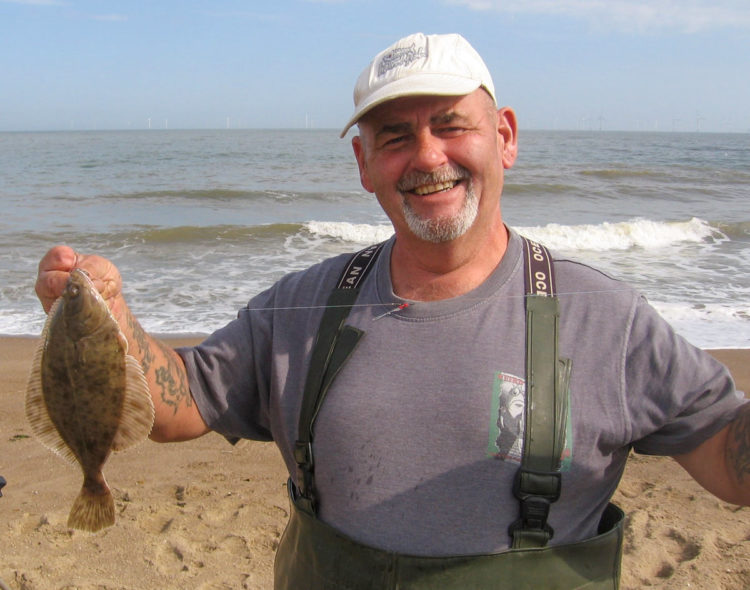 So it was a very poor match, but a fair test of adaptability and perseverance. In all there were just 14 fish caught, consisting of 11 flounders, a dab, a sole and a tiny turbot.

Next SPAC match will be held on Saturday 12th October from 4:30 till 8:30pm at Anderby Creek. The match is open to all and Club members will be fishing for the Ron Scott Trophy. SPAC hasn’t fished a match at the venue for some years now; but the beach at Anderby has some good features, we will be fishing into darkness on a 6.4m tide and there is a very good chance that it will be a whiting fest! 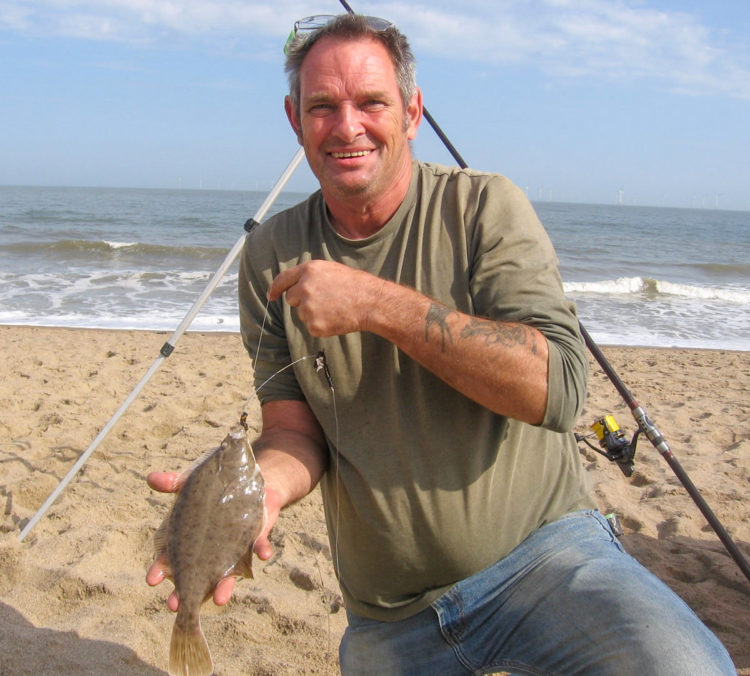 All to note that the next SPAC monthly meeting scheduled to be held on Wednesday 2nd Oct in the New Park Club, has now been postponed until Wednesday 9th Oct. Please pass on to those not on Facebook and please contact SPAC Secretary Chas Tibble on 07984 967988 or chastibble@hotmail.com for further details.

Lee And Archie Enjoy Their Day At Cleveleys