Salthouse or “shitehouse” as it is sometimes known can be an amazing venue but it can also provide some gruelling scratchy matches and this was the case tonight with only eight out of the 28 managing to find a fish. Tonight’s match was a length only match so every centimetre over 18cm would count to your final tally with all fish being returned as per normal. 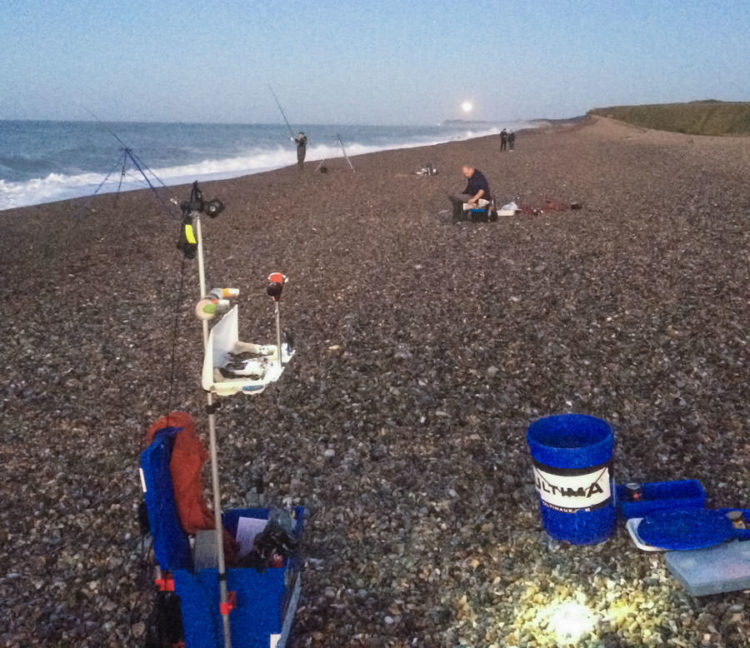 Top rod on the night was Peter Simmonds taking full advantage of his end peg to the right managing to scratch out three fish for 75cm including a bass of 36cm. Second place went to Russell Taylor with two fish measuring 56cm, including a cracking dab of 31cm. The final podium spot went to Dene Conway winkling out a rockling early on and then a last cast dab giving him a total of 42cm. 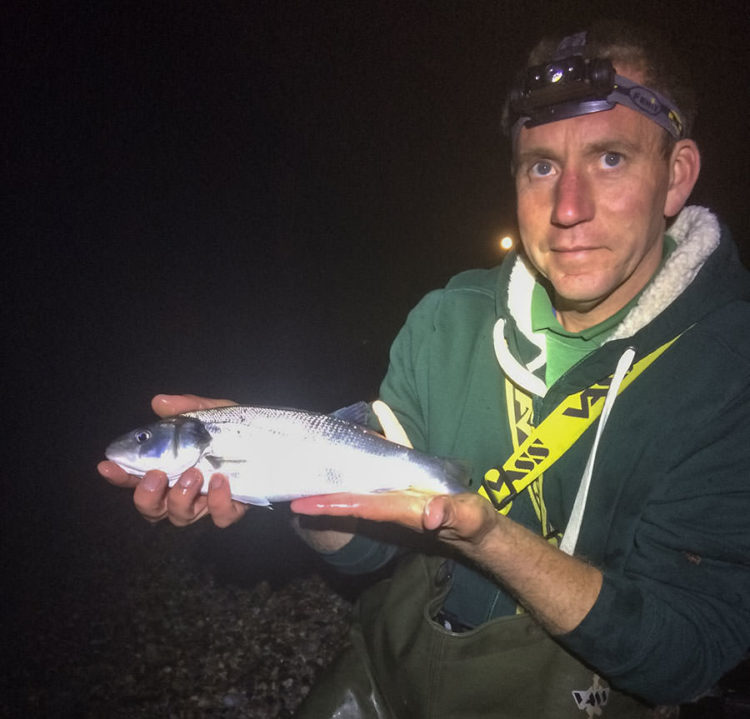 Peter Simmonds with his bass

A very tough night for all with some packing up and calling it a night before the end but September is renowned for being a tough month, on a plus note things can only get better, well done to all who attended.

Next weeks match is at Overstrand, and so far the sand venues have certainly been fishing better than the shingle, lets hope this one produces some better bags. Please book in as early as you can especially with bait orders and if you can get to the shop to pick your bait it it would be a great help, those who can’t I will bring baits as per normal.