Firstly all at Norfolk Angling Club would like to wish Simon’s wife Kate a full and speedy recovery from her recent surgery.

Secondly apologies for no report last week, I had a lot on and think Simon’s data just about summed the evening up.

16 turned up at Salthouse hoping for a better Monday night than the previous one. All the talk beforehand was about all the fish being caught recently including the long awaited return of the decent size whiting that had been showing up everywhere except the shingle so it was decided to save the endless back and forth across the shingle measuring fish we would fish to size limits.

Although some fared better than last week for the majority it was a case of dejavu, with the off shore breeze keeping the water flat and extremely clear for end of October and the clear skies and bright moon it proved to be very difficult to find the sizable fish amongst the endless undersized dabs.

Winner on the night and catching 10 of those fish was Roger Cunnington, 210pts including the biggest round fish, a 41cm bass.

Roger also had a five way share of the biggest flatfish, a 26cm dab along with JC, Stephen Medlar, Leon and Colin Bailey.

Next week’s match is on the sand at Mundesley. 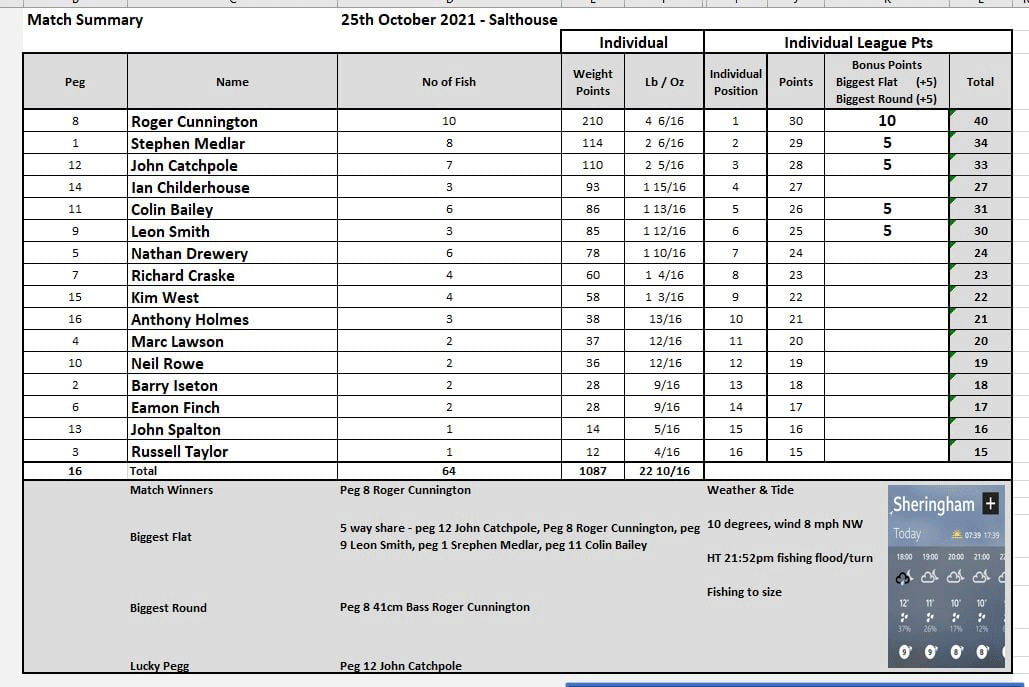