As always at Kelling it can be a tale of two halves with right hand side normally fishing better than under the cliffs although this isn’t always the case. Fishing up and over high water saw the best chance of fish, with 23 of us lined up the match began.

From the off it was apparent that the weekend’s match may have accounted for the lack of fish, but there were plenty of undersized and it was a battle to find the sizeable fish.

A close run battle between between the two end pegs saw very different tactics, with Leon Smith on peg 1 and Tyler Rush on peg 23. Leon’s tactics involved targetting dabs and fishing for what he knew would be in front of him and not what he hoped to catch, a good lesson for all. This he did well with 10 fish for 2lb 13oz, while at the other end Tyler was targetting flounders and he managed four ranging from 27cm to 34cm. 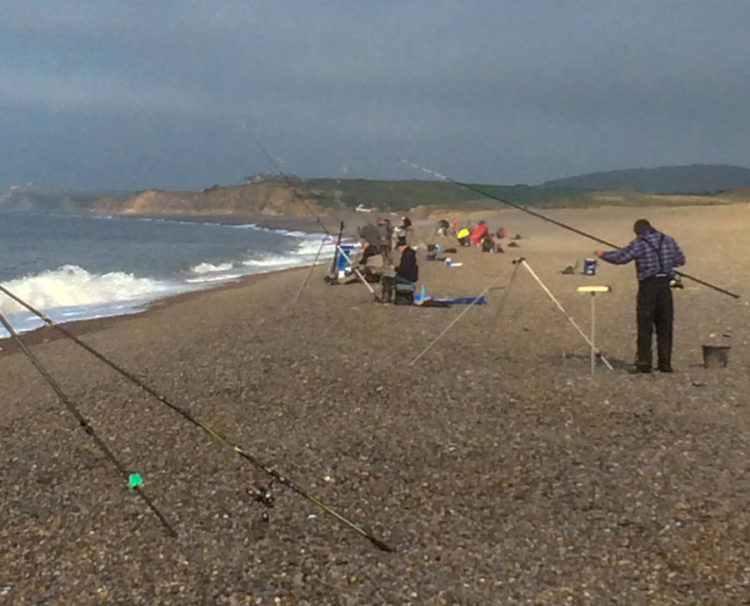 The pair were unaware of Russell’s game plan which was to go for the bigger fish namely bass and it was with only three fish that he took podium spot by a few ounces for 2lb 141/3oz including a 40cm bass. Second podium spot went to Leon Smith using his end peg to great advantage and final podium and a first time up there was Tyler Rush with 2lb 11oz. The heaviest round went to Russell Taylor with his 40cm bass and heaviest flat went to Tyler Rush for his 34cm flounder.

A few firsts for people tonight with Paul Grothier catching his first ever hound and a five legged crab, and Chick Roper catching a coalfish, sadly both were undersized and were returned to grow more, 79 sizeable fish were carded and returned.

Big edible crabs were also prevalent in most peoples catches but all in all a great night with some even better banter before, after and during. It was very nice to see a well attended match with some returning faces including Ian Childerhouse and Martin Wheeldon, Hamza Borden and John Borden, along with guest anglers Simon and Mick Farmer, Kevin McMillan and Dave Burr. Well done to all who fished and made it to the end especially Richard Hipperson who was in fact last man off the beach. 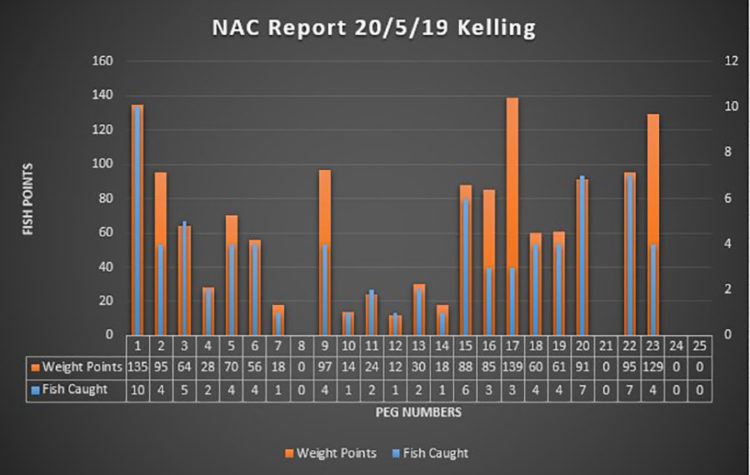 An even bigger well done must go to Eamon R Finch who couldn’t attend the match but did come down later and walk the entire stretch from Weybourne to the Block House at Kelling carrying a blue sack and his trusty litter picking tool, collecting anything rubbish wise that may have been left behind by mistake from previous days of fishing.

Next weeks match is at Bacton, please book in early with bait orders.