Welcome back to the beaches of North Norfolk with the Norfolk Angling Club at its 1st match of the 2022/2023 Winter League, it’s been a great summer with excellent weather and reasonable fishing during the summer months, buts it’s time to get serious. Nathan Drewery who picked up both last winter and the summer league titles is the man to beat, who is going to challenge him, who’s going to get the silver ware at next years presentation? Great to see the Gus forecast setting the weather/tide scene earlier in the day (thanks John). 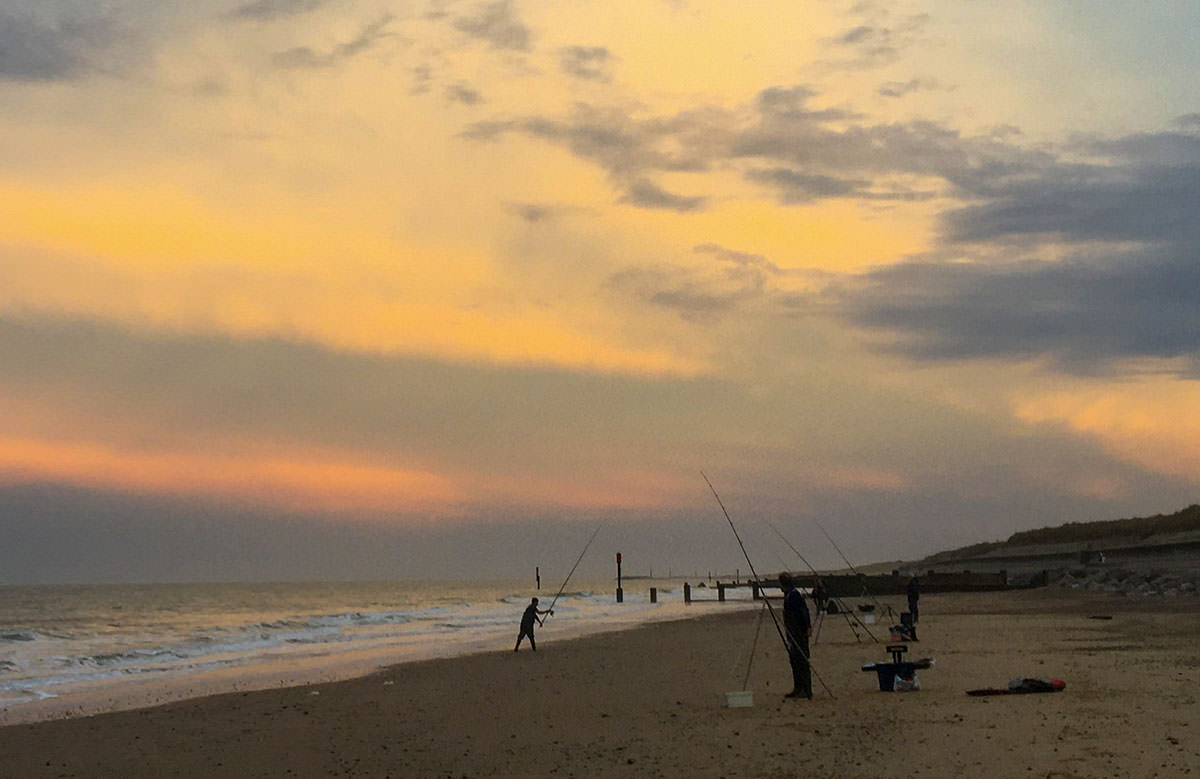 20 anglers met in the Cart Gap car park all keen to get started and discussing likely strategies. Or really, we should say 20.5 as we were also joined by Rob Ford’s match winning daughter Olivia, who was there to show how it’s done. We also welcomed Chris Gates and Kevin Spencer who’ve joined the merry band of anglers having enjoyed some of the summer pleasure season with the club. Enjoy the beaches I feel it’s going to be a special league with some good catches. 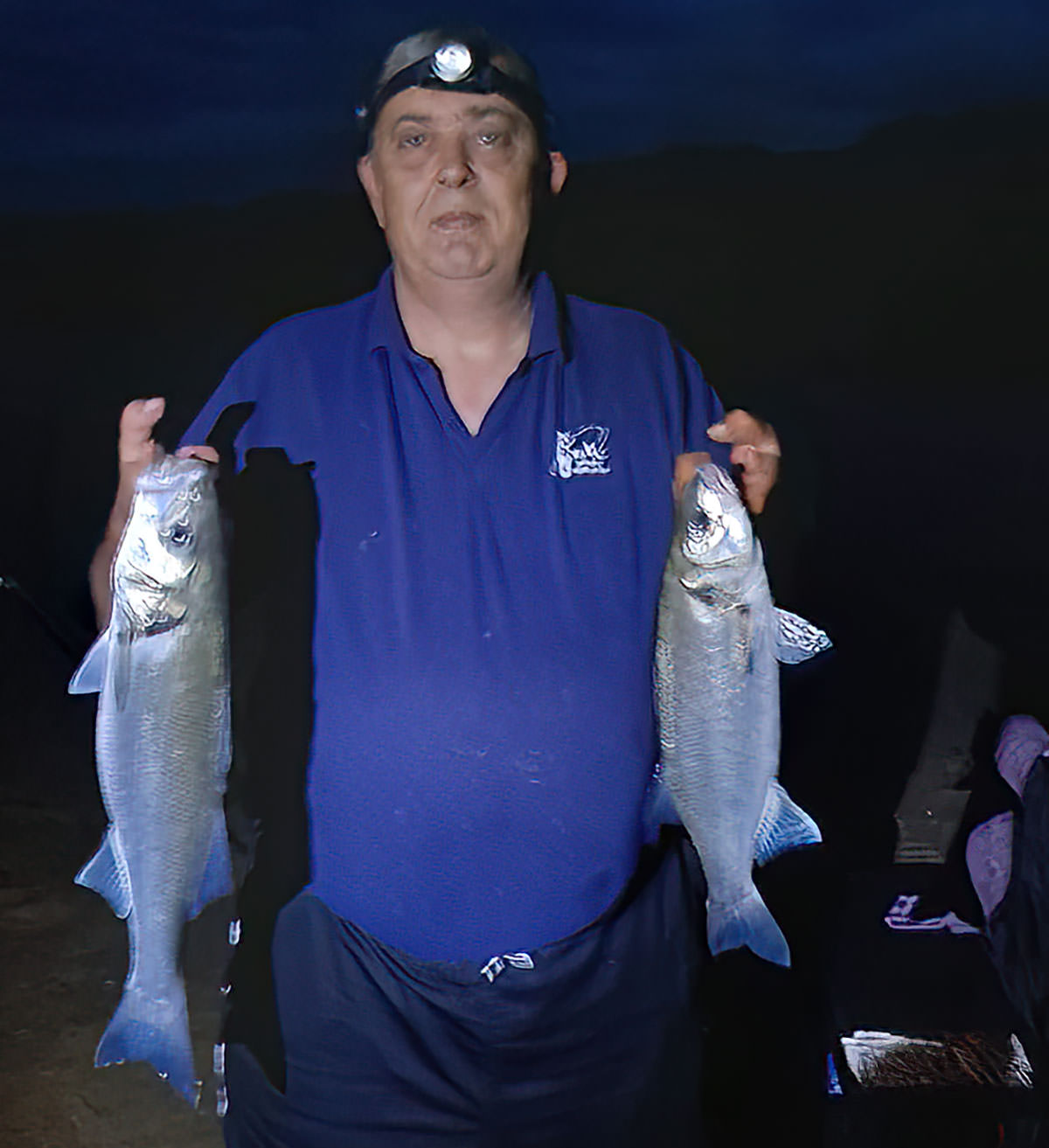 Ian with a brace of bass

Early casts suggested there was a wee bit of weed about and there was a bit of a pull on the tide, or was that Nathan trying to out gun Cain in the casting department? As the light started to drop a few fish start to be caught with flounders and bass making an appearance. On the right of the slipway, you could see the movement of white buckets for carrying fish and weighing, so the match was taking off and as the night progressed the talk shifted from will be catch fish to who will catch the biggest smoothhound, flat or round fish.

At the end of the night 35 fish caught which averaged nearly 2 fish per angler. Of 35 fish caught 15 were bass all good size (some for tomorrows supper), 11 plump flounder, three smoothhounds, three eels, two dabs and a single sole (falling to Pond Pete). 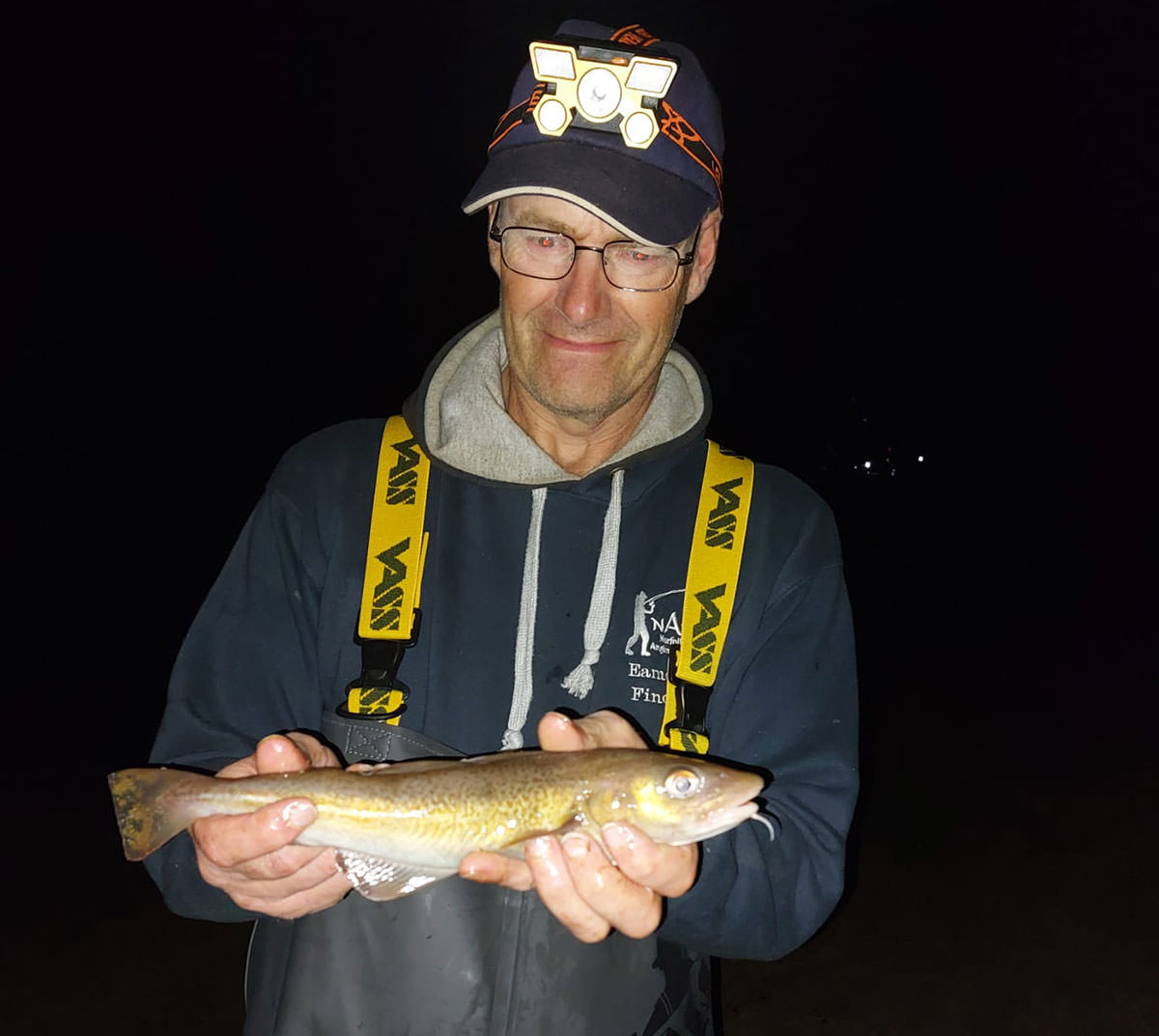 Eamon with his codling

Great to see Chris Gates picking up a 32 cm flounder and sharing the Biggest Flatfish with David Mathers. The Biggest Round Fish went to, again a share between the big casting boys of Cain and Nathan – both catching 76cm smoothhounds. As we did with the Summer League the biggest round (not a dog fish or hound) fell to Ian Childerhouse with a 53cm bass. A creditable mention for picking up a codling must also go to Eamon Finch. 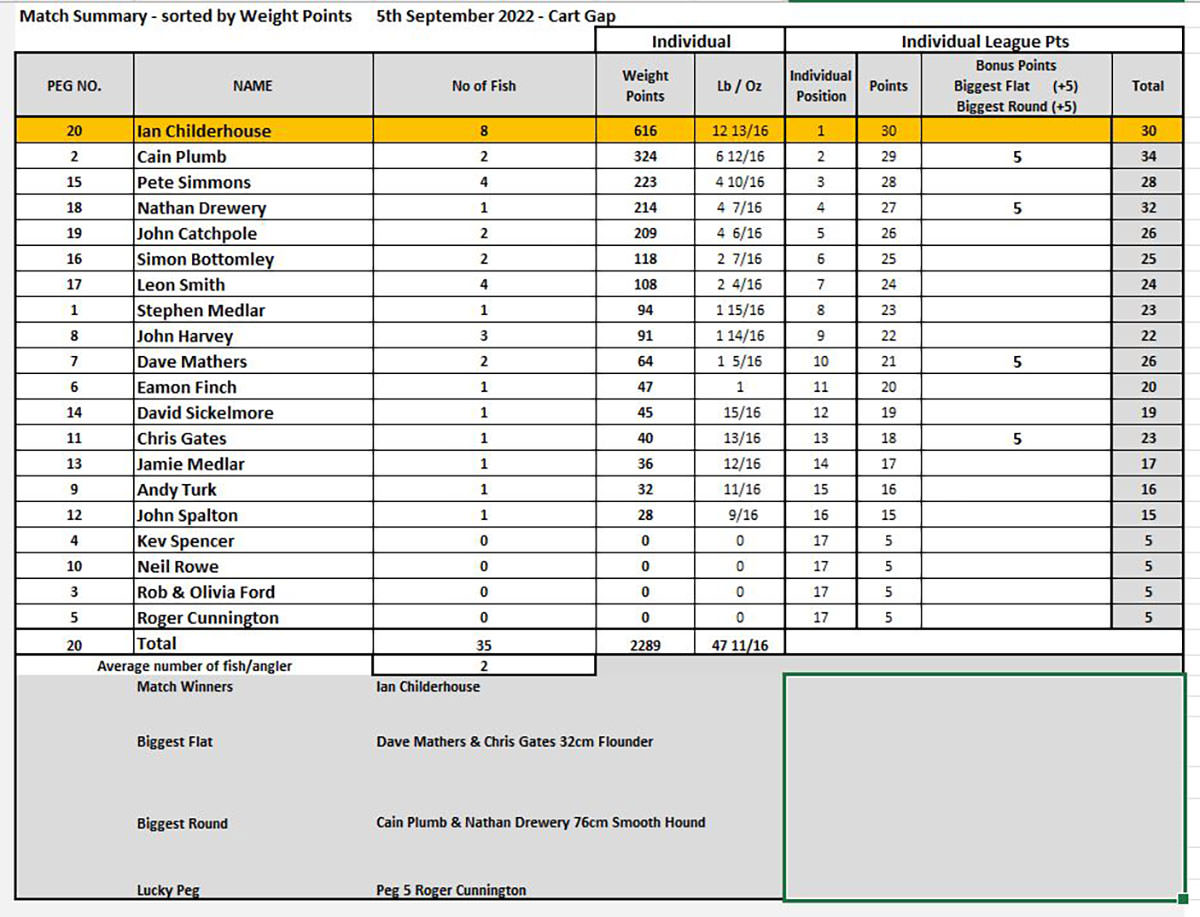 Overall, a fine night, we stayed dry and with some fine fish. Big congratulations to Ian Childerhouse who scored a magnificent 616 weight points ( adjusted by + 5 to correct eel weight points). See you all next week at Heacham (see match event for post code). A also amended Cain’s score as smoothhound which was incorrectly recorded.