Gary Is Dab Hand At Sandilands

Skegness Pier club fished match 15 of the League on Sunday October 1st at Sandilands. Sixteen anglers fished in Sunny conditions with a moderate Northwest breeze. Anglers either expected early whiting to show or a late hound in the warm weather. However, neither did and it was mainly dabs which decided the result of the match, the clear water and bright sun kept the number of fish caught to a minimum.
Most of the fish that were caught were at long range and black lug produced the best results. Bites started off well but dwindled off around high water and only picked up a bit in the last hour as the tide started to flow.
Winner of the match was Gary Hutson who had an early run of dabs to lead the competition closely followed by Russell Parsons. 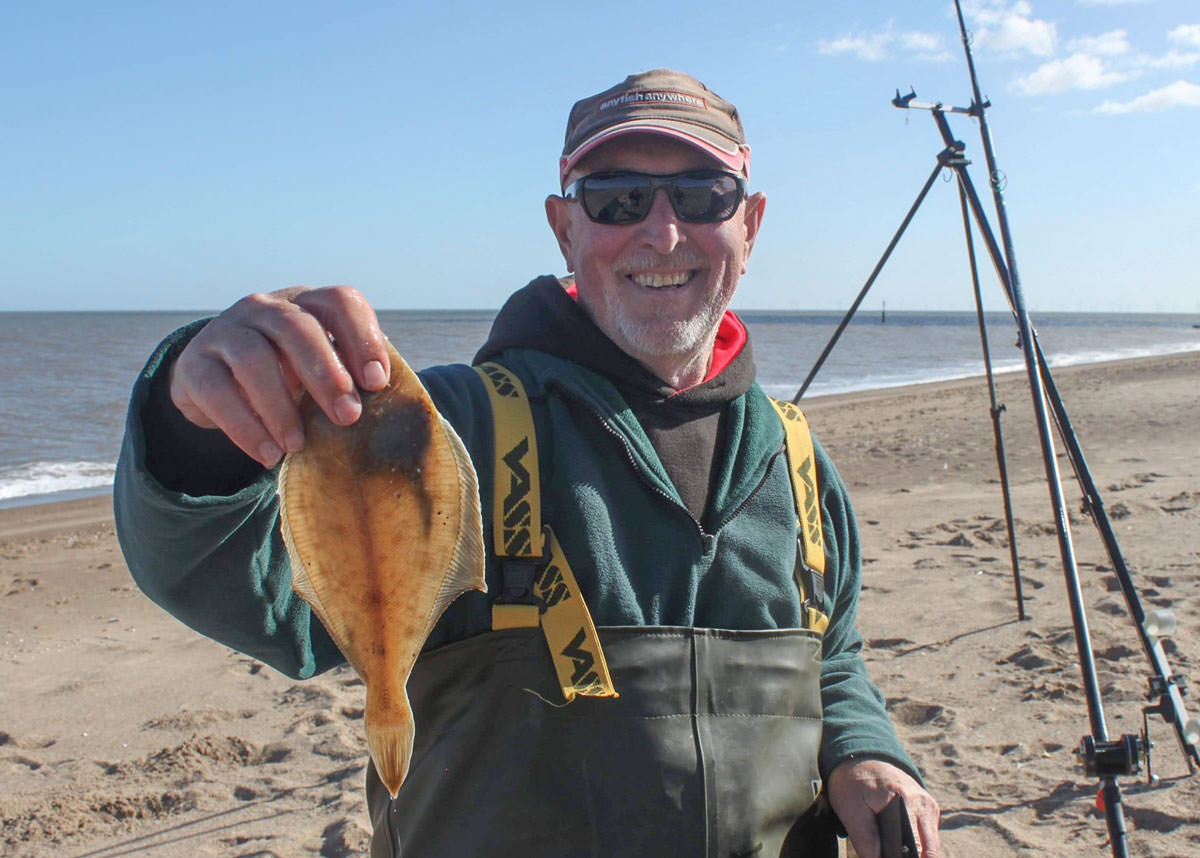 Russell caught an early dab and flounder double shot and added another two fish later to briefly push into joint first place with Gary on 98cm. Gary took back first place at the end of the match with a 14cm weever for 112cm.
In Third place was Jody Lemm who has returned to fishing sea matches after a long break fishing coarse matches, with three dabs for 62cm. 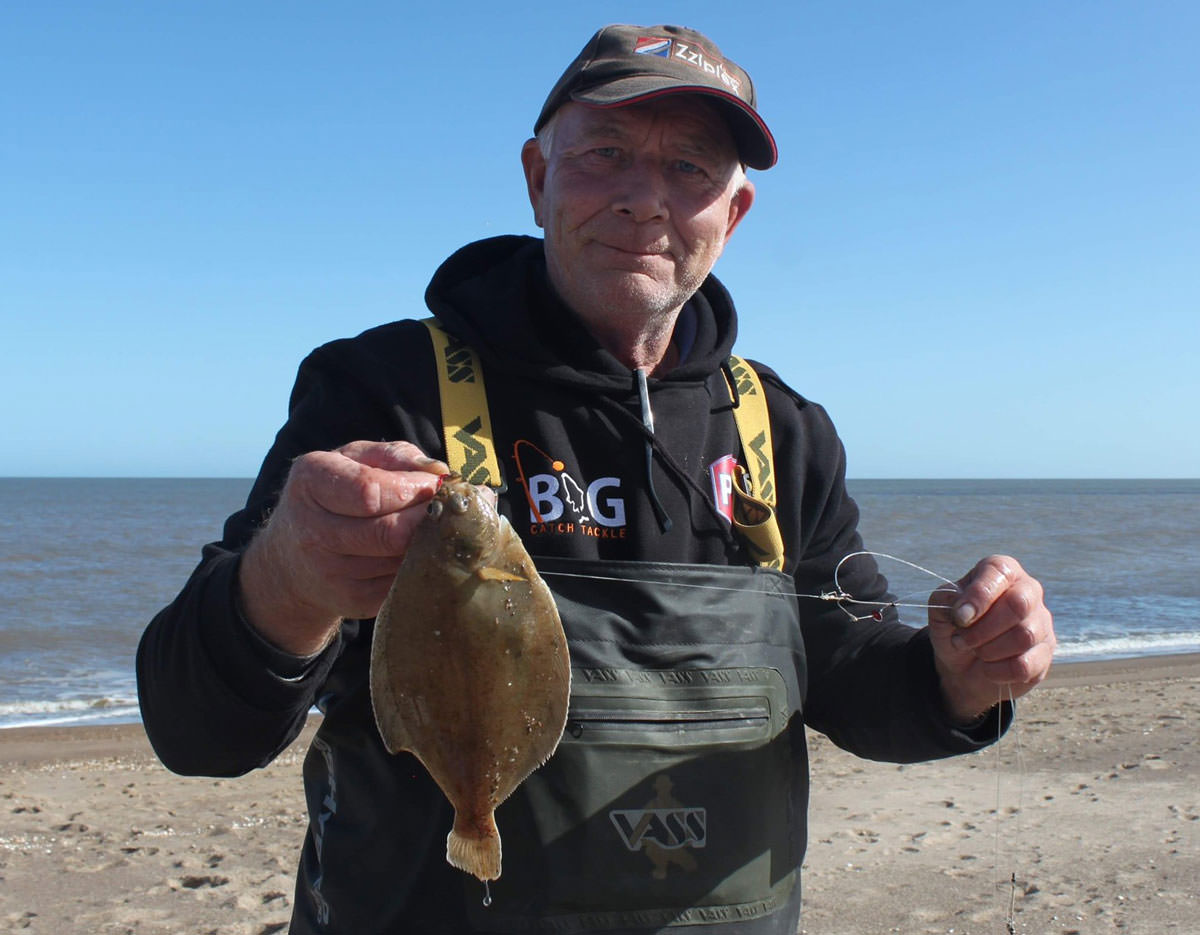 In fourth place with 46cm was Lee Smith who had a couple of dabs including a good 29cm fish which gave him the longest flatfish prize as well. Longest round fish fell to Tony Broadbent with a 17cm whiting.
It was great to see another healthy turnout for the match despite a lot of leading club anglers being away for this one. 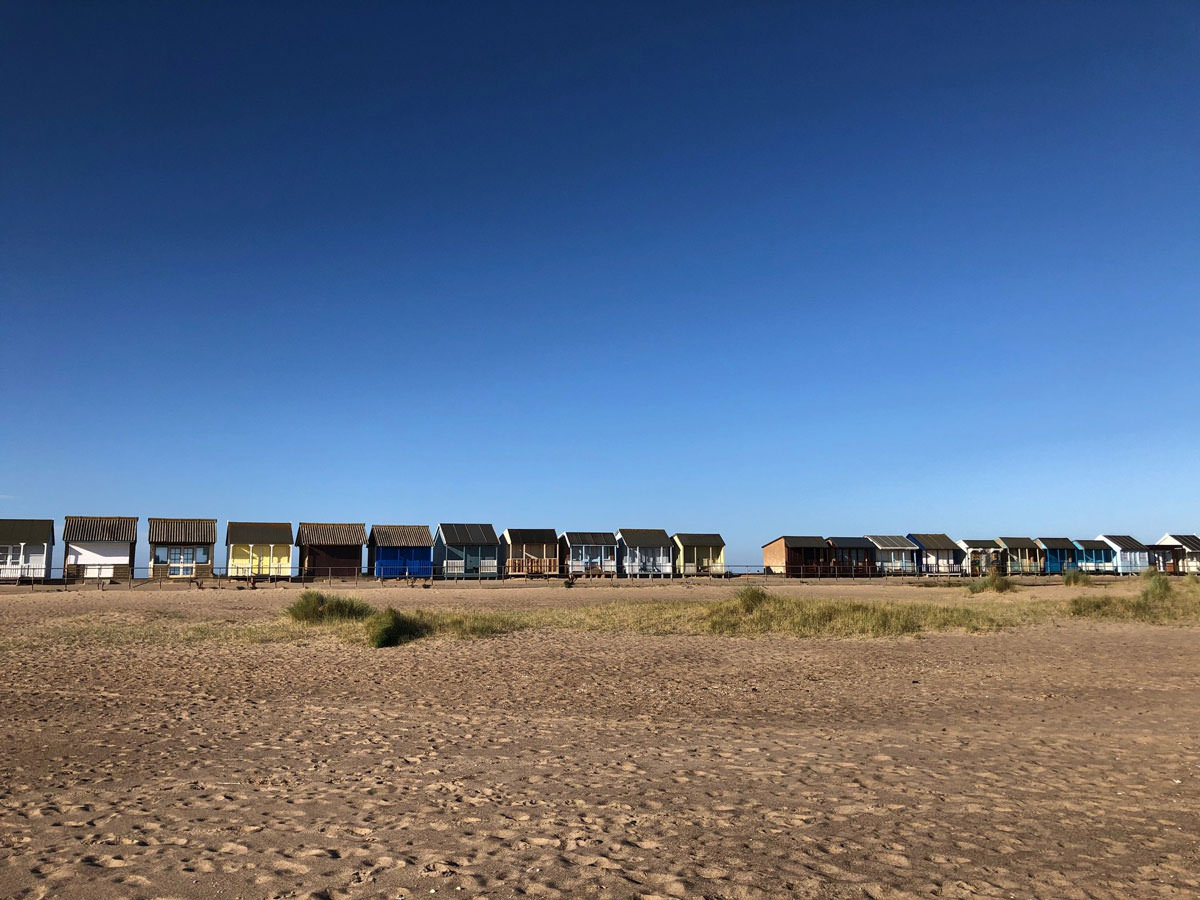 The venue at Sandilands