Adie Wins Out At Winthorpe

The latest Skegness Pier Angling Club (SPAC) match was held on Saturday 16th April from 5 til 9pm at Winthorpe Avenue. A great turnout on a Bank Holiday weekend saw eighteen anglers attend, with SPAC Members competing for the Derby Miners Cup. Parking was at the rear of The View private car park, by kind permission of owners, the Smith family.

South of the match stretch at North Shore Road had fished well in the sultry Spring days leading up to the match, but unfortunately conditions were not ideal on the day, with a cold onshore wind, which had picked up a moderately rough sea. But it certainly looked “bassy” and with the attendance of the top class Grimsby contingent, expectations were high. 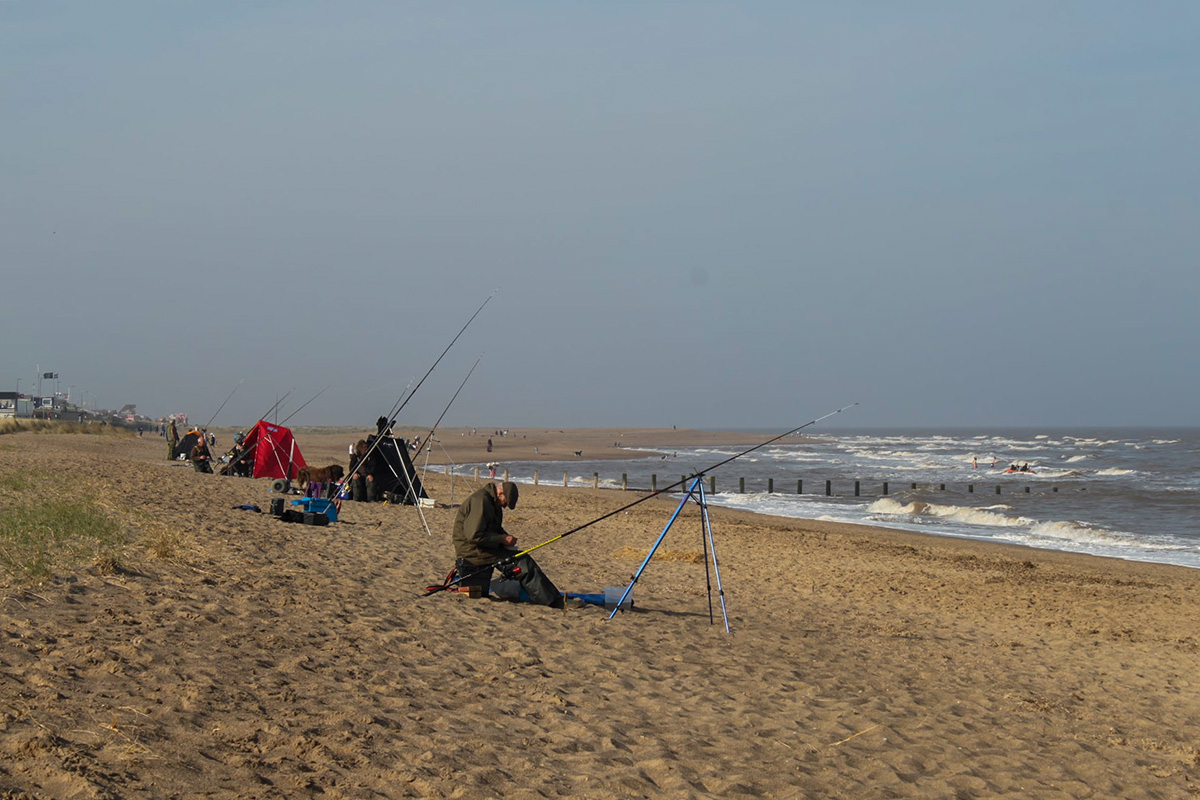 After the trials and tribulations of sand-cliff climbing in the previous match at Trunch Lane, the pegging was much fairer this time, with the 18 pegs offering some nice features including wooden groynes, creeks and deep holes. So it was a case of finding those features and as the match commenced, some went for their normal blast to peak distance, whilst others tried closer in for the anticipated small dabs. Grimsby ace Tony Burman on Peg 18 soon had the fish come a knocking, pulling in a dab double shot after just 10 minutes. Then Paul Denholm on Peg 13 also got off to a flying start, bringing ashore a dab and whiting treble shot. Hound magnet Adie Cooper on Peg 14 struggled to catch at first, but by varying his casting distance found the fish and opened his account with a 47cm hound pup. 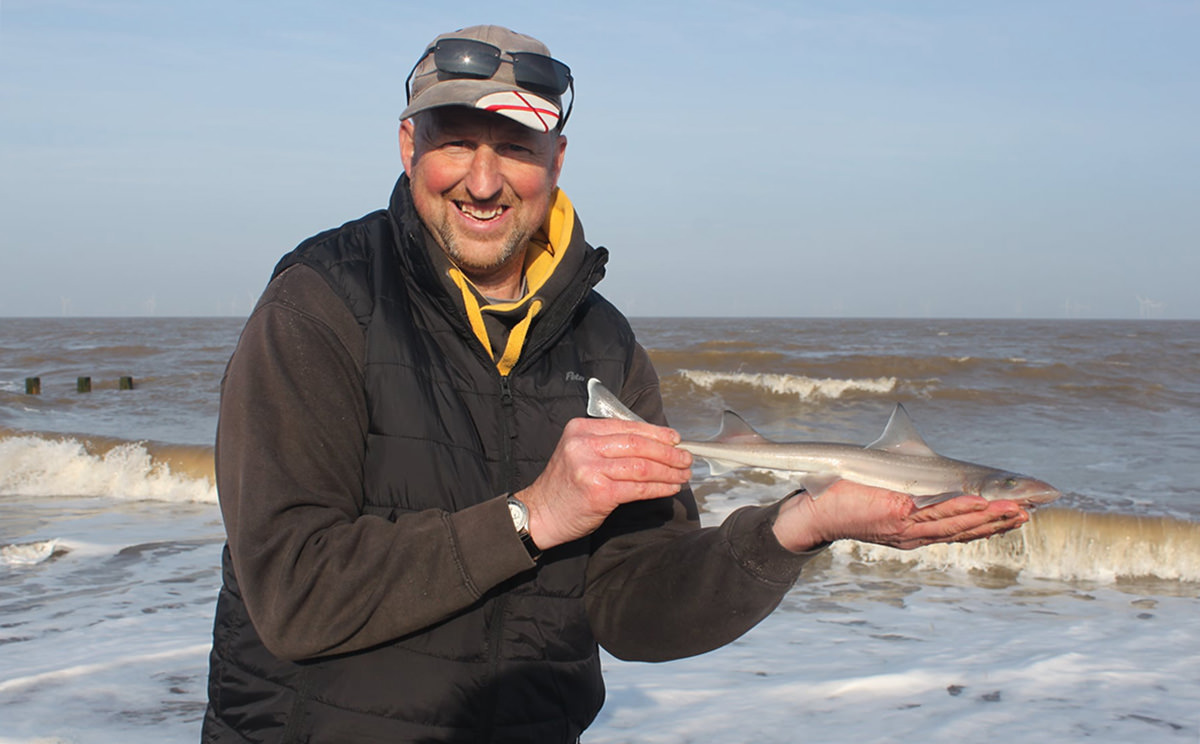 Match winner Adie Cooper with his first fish of the match, a 47cm hound pup

Then a shout went up of “ray” as Ian Nelson on Peg 8 pulled ashore a male thornback, to add to the small ray already recorded on his catch card. Simon “Docker” Drayton was also doing well on Peg 11, with his fifth fish being a nice 50cm bass, followed not long after by a 59cm lesser spotted dogfish (LSD). But the lower numbered pegs towards Winthorpe Avenue were proving to be a struggle, with Grimsby ace Garry Hutson having a slow match on Peg 1 and Eelman John Spalton also having a lean time of it on Peg 5. 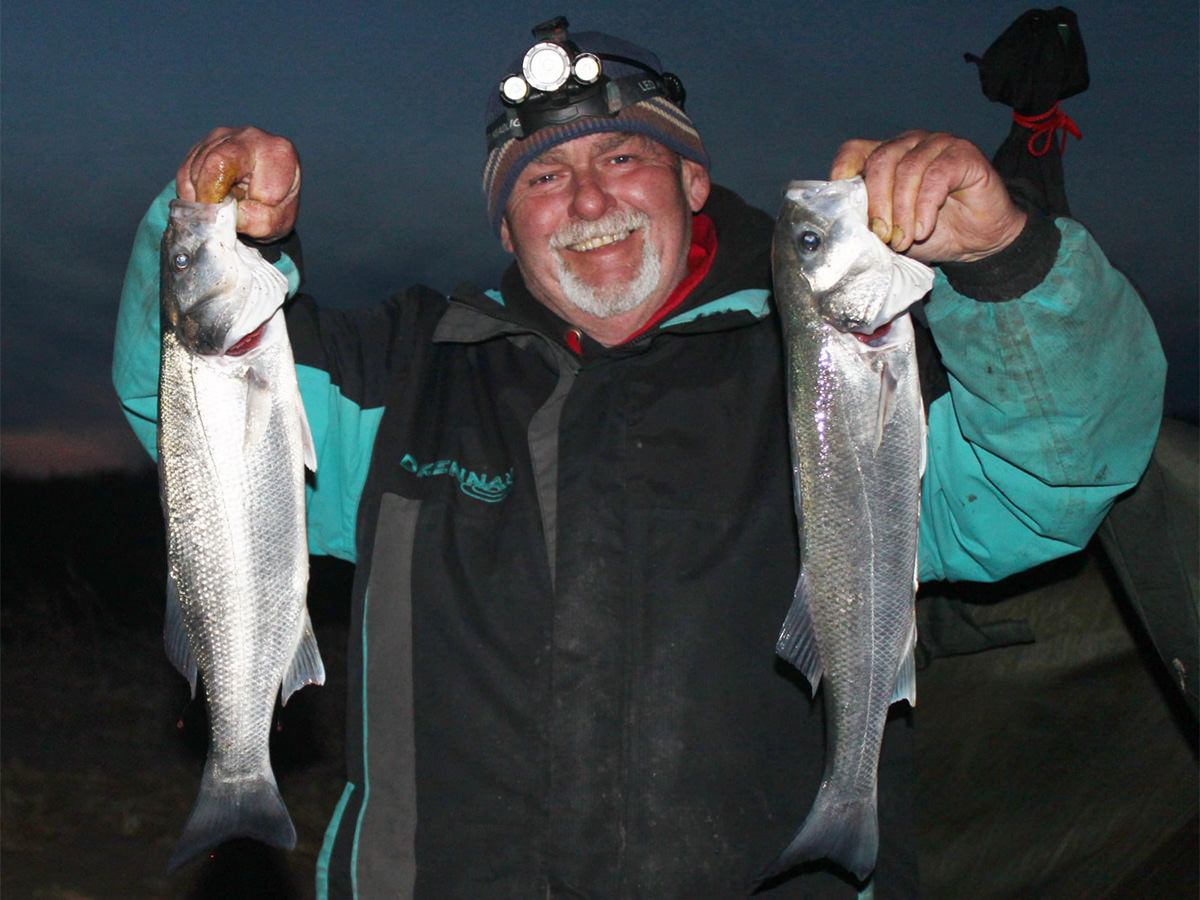 England International angler George Smith used his prodigious casting distance and white rag to find some decent sized whiting on Peg 4; but in the end it was landing the larger “bonus” fish on small hooks that would decide the match. Adie Cooper is a master of the art and a 57cm hound pup on his penultimate cast was enough for him to win the Derby Miners Cup, with 17 fish for a total length of 509cm. Along with his two hound pups, he also landed a bonus 72cm thornback ray. Snapping at Adie’s heels in second place was Simon Drayton, with 14 fish for 436cm. Although Tony Burman caught two more fish than Docker, he only managed one bonus fish and had to settle for third place, with 16 fish measuring 426cm. 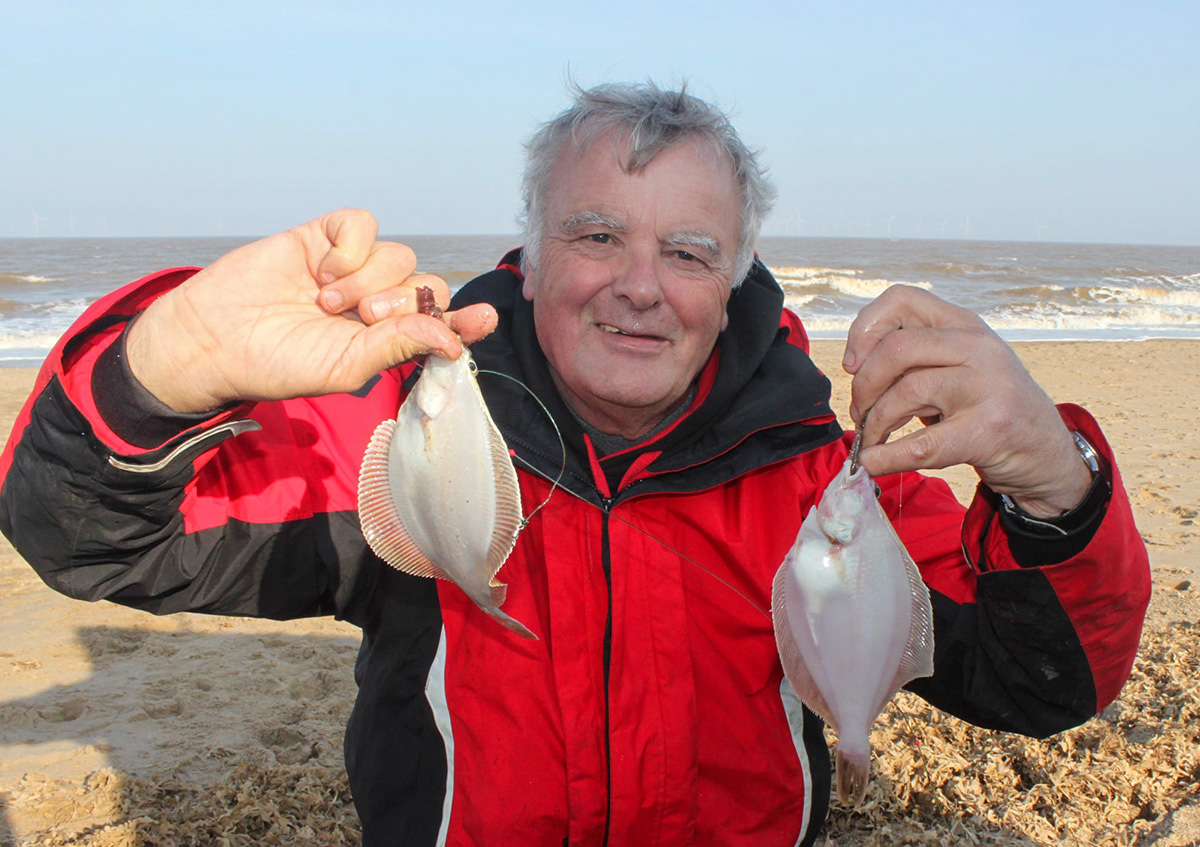 Owing to the good turnout, cash was paid out down to fourth place, with Paul Denholm completing a clean sweep of Grimsby anglers, catching 12 fish for 379cm. Garry Hutson worked hard throughout the match to get the best out of a poor peg. His efforts paid off near the end in the shape of a 75cm ray, which pipped Adie to the Longest Round fish prize. There was then a four way tie for the Longest Flatfish prize, with Adie, George, Ian and Tony Burman all catching 27cm dabs.

So a pretty good match all round, certainly in terms of variety, if not in numbers of fish. In total there were exactly 100 fish caught, consisting of 40 dabs, 40 whiting, 5 bass, 4 rays, 6 hounds, 3 LSD, 1 flounder and a solitary rockling. 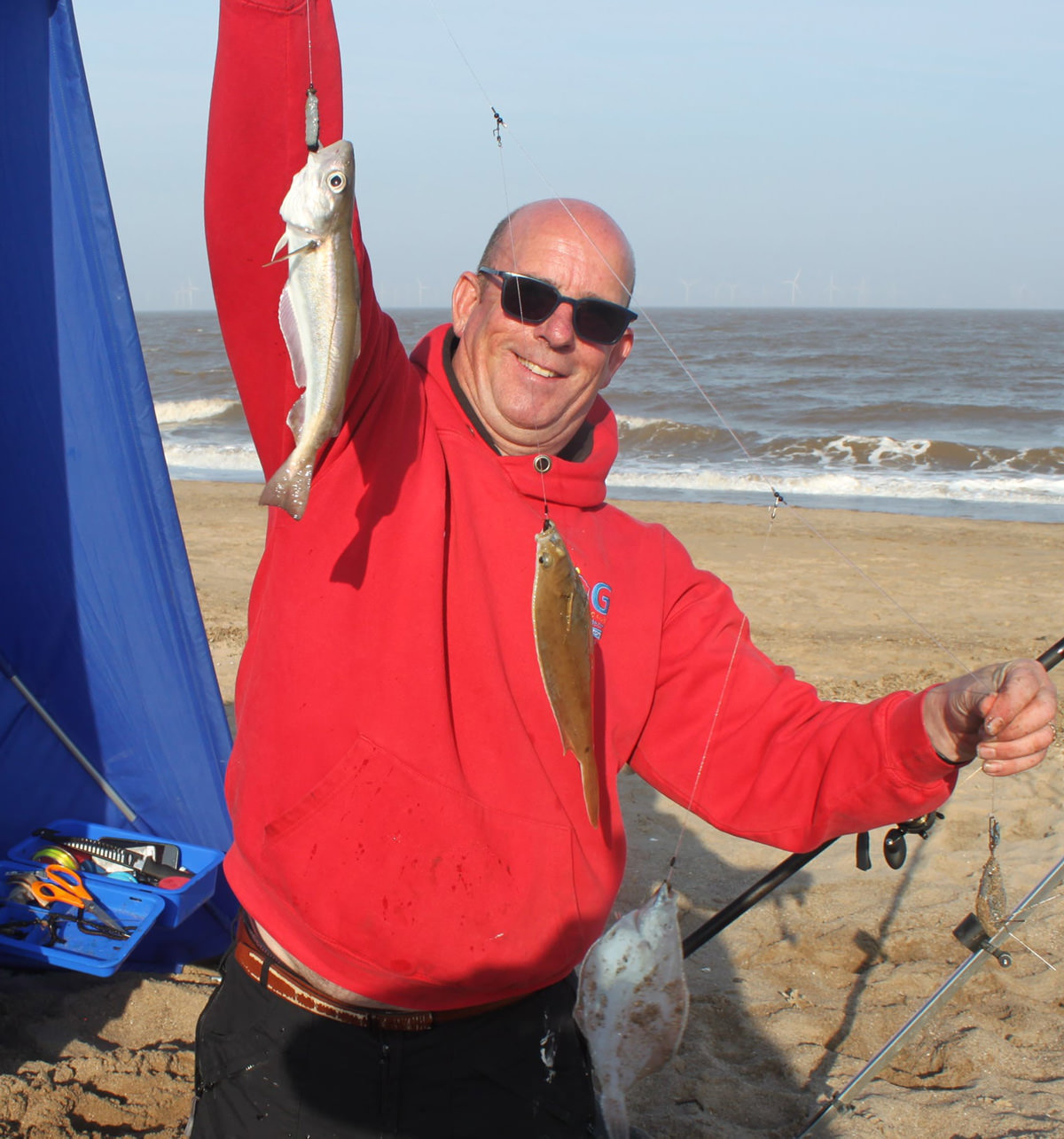 SPAC would like to welcome new members Tony Burnett and Joanne Hooper to the Club and we hope to see you at future matches. The Aggregate League standings will be published in due course and the next match will also be publicised shortly.

To give everyone a heads up though, Match 4 will take place on Saturday 30th April from 5pm till 9pm at Sandilands, with SPAC members fishing for Aggregate Points and the Ex-Service Cup. Parking will be in the old golf course car park, which although now owned by the National Trust, is currently free. The match is open to all and we hope to see you there.