The latest Skegness Pier Angling Club (SPAC) match, was a biggest fish rover fished anywhere between Mablethorpe and Gibraltar Point, with anglers weighing in their single heaviest fish only. Unfortunately, once again the cod did not show, with whiting deciding all the top placings.

Grimsby superstar Adie Cooper fished Trunch Lane and easily won the event with his best whiting, which tipped the scales at 1lb 6oz. Adie is unstoppable at present, with this being his fourth SPAC match win on the trot. His travelling companion Dan Jackson also fished Trunch Lane, to take second place with another whiting that just shaded the pound mark. 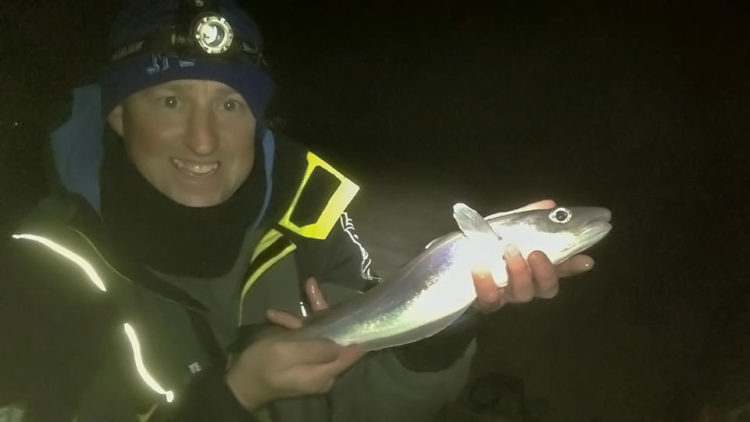 Match winner Adie Cooper in the dark with his winning whiting

Wrangle’s Alan Steadman caught and returned loads of smaller fish at North Shore Road, filling the frame in third place with a 15oz whiting. The prize presentation took place at the Lakeside Leisure complex, Trunch Lane, which again hosted SPAC as the match HQ, thanks to owner John Cook. 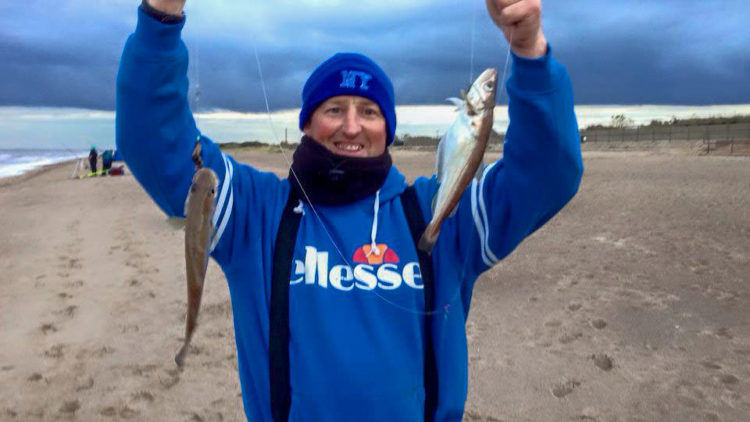 The next SPAC match will be held on Sunday 10th December from 9.30am till 1.30pm at Trunch Lane, with Club Members fishing for the A Smith Cup. There is also an open section, which non-members are welcome to participate in. For further information, please contact SPAC Secretary Chas Tibble on 07984 967988 or chastibble@hotmail.com