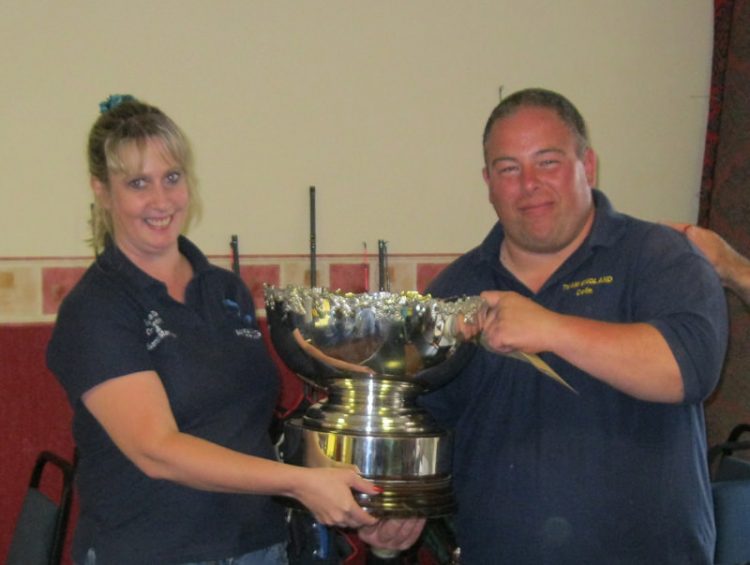 Yet again Colin proved that he’s currently England’s top rod by winning his boat convincingly on both days to continue his superb record in this event, having managed the same feat last year, also at this port.

The main sponsor this year was ‘Snowbee’ and huge thanks go to Russell for his contribution which, allied with the support from George Cunningham at Tronix and other prizes, permitted the rare opportunity for all the competitors to take home tackle and equipment. The Ship Aground hosted the competition, providing almost instant access to the harbour and West Coast tackle shop.

The boat and position draw took place on Friday evening in advance of the competition. Knowing your boat position in advance is of considerable assistance in planning your day’s fishing and methodology.

Day one, Saturday, saw the four boats charge off to Porlock Bay in warm, calm conditions and this great weather was to be repeated on day two. It makes a pleasant change not to have to fight the conditions as well as the fish.

We had been warned in advance by the lead skipper, Steve Webber on ‘Snowbee’ sponsored Osprey that the fishing was slow and indeed this proved to be the case. The most noticeable absentees were the dogfish which plague the Bristol Channel most of the year. It was anticipated that the reduced numbers of the dogs would allow other species access to the baits rather than being descended upon within seconds by the ‘Pembrokeshire Poodles’. There were very experienced anglers who did not record a single dogfish on either day, an unusual occurrence for this part of the world. As predicted by Steve the fishing was not furious and the anglers were forced to work hard to bring each fish to the boat. It was certainly not challenging for the scorer.

After the initial traditional stint in Porlock Bay, and when the tide had reduced in strength, the vessels migrated to the skippers’ backup options further to the west under the magnificent coastal scenery of West Somerset. Limited radio and phone communication between the skippers over the boat catches took place through the day, some genuine and some not. Most are well versed in the gentle art of fishing deception and disinformation. The truth was revealed on return to port where scores were compared and the tales of woe commenced. Colin Searles was top man on the day with just over six hundred points.

With renewed enthusiasm the bold fishing heroes set forth again to do battle on Sunday. Additionally we had the genuine pleasure on ‘Osprey’ of the company of Sandra Drew, Angling Trust Competitions and Events manager. Sandra had been offered a day afloat to see competition angling at the sharp end and she jumped at the opportunity.

Sunday saw a definite increase in fish returns on most of the boats. More smoothound, wrasse and pollack were recorded from the vessels fishing furthest west.

Top man on the day was Rod Adamson with just over seven hundred points.

The presentation took place in the Ship Aground at 1900hrs and the prizes awarded as follows: