The weather is miserable at the moment which has made people pick and choose their days for fishing throughout the week. The daylight fishing is still variable but the night fishing is productive for January as this is normally the worst month for the shore angling locally.

There are still the usual dabs, whiting and codling hanging around. We seem to have had an influx of the smaller codling which are actually very late as these normally come in during September. Is it a good sign? Who knows. Still bigger fish being caught on the boat and low water beach fishing at Rossall.

After losing what felt like a tank fishing Chatsworth low water on Tuesday night, Ben Callighan couldn’t resist heading back try his luck chasing the “big one”. Numerous fish were landed, mainly codling just under a 1lb before Ben managed the best of the night which weighed in at 4lb. 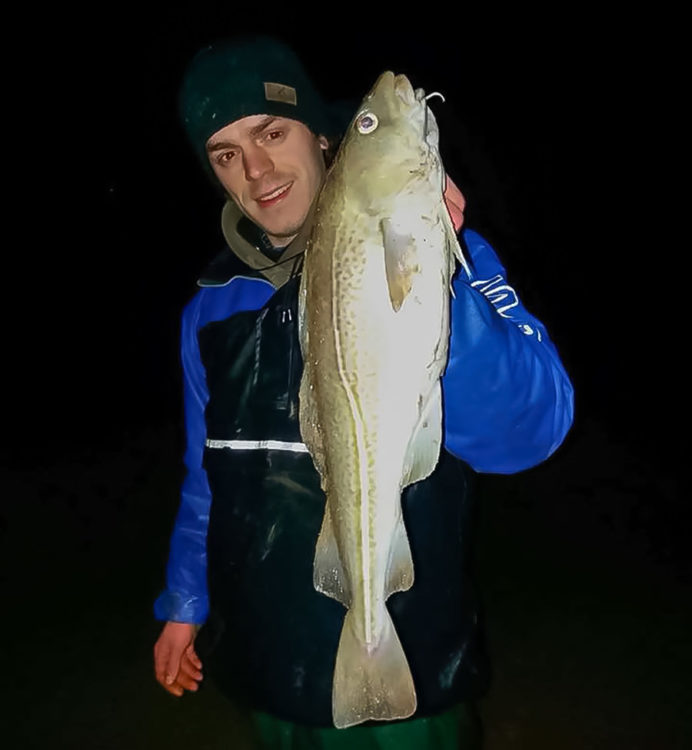 Ben Callighan with a cracking cod

Dave Brown fished in what looked like ideal conditions over low water. He had a few small codling and whiting on the ebb then missed two slack line bites when it started flooding. A third good bite produced a nice a 3lb 4oz codling before it was back to the whiting.

Stephen Lavelle was out on the Gynn Wall for a change and had a decent day session. Plenty of dabs, whiting, codling and a very nice flounder. One of the species on Stephen’s catch list having missed out last year. He was happy with the result producing four keepers.

Bispham Angling bait produced with rag and squid being the most productive.