The CIPS World Boat Championships were fished out of Pornichet on the French Atlantic coast last week. 90 anglers from 18 nations fished for three days on boats carrying five competitors. Some concerns were voiced about the size of the boats with the anglers packed onto 25 foot Arvors in some cases. The highest points scoring fish included trigger fish, bass, conger, gilthead bream, pandora, ling, pollack, megre, whiting, pargo, rays, dogfish and turbot. However over 90% of fish landed fell into the one point category of ‘others’ with pouting by far the most prevalent.

Catches varied greatly depending upon the boat, for instance on day one Juan Guerrero from Spain won his boat with 432 fish, while England’s Bob King took his boat with just nine! The scoring system was based purely upon points for fish caught with no boat percentages involved. The top place on the first day went to Juan Guerrero with Bob the last of the boat winners in 18th, effectively ruling him out of the race for the individual title on the first day despite winning his boat.

Each day team members’ position points were added up – one point for 1st overall and 90 points for last – these determined team positions based on lowest score first. After three days the total points are added together and the team with the least points is declared winner. Italy produced their normal excellent form to take top spot with five points, one point ahead of the host nation, France. The bronze medal went to Spain on nine points, with Croatia and England filling fourth and fifth places respectively. Ireland finished in 10th place with Wales one place behind. Scotland did not attend the event. 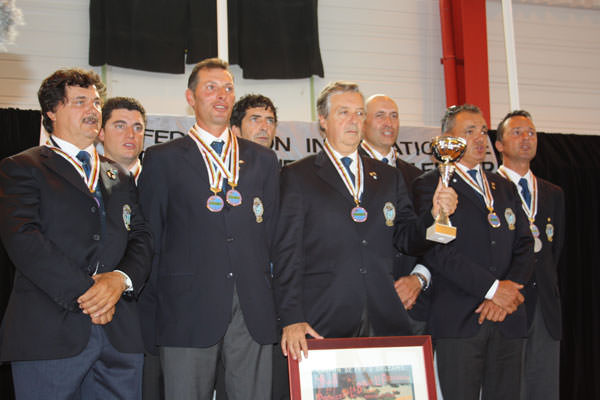 Followers of World Championships won’t be surprised to learn that once again the top individual was Marco Volpi from Italy, with France’s Sebastian Gas runner up. The final medal went to Italy’s Paolo Nicoletti. Top Home Nations angler was Rod Adamson of Wales. 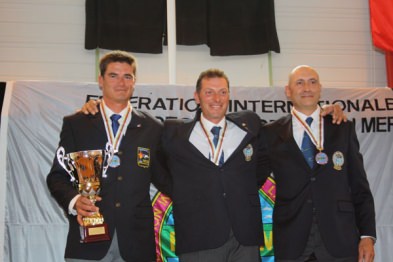