Jonathon Hall and friends completed their 24-hour fishathon at the weekend. With support from the angling community Jonathon has raised over £615 in donations and this is being matched by Barclays which will give a total donation of at least £1230 to Cancer research. Jonathon wishes to pass his thanks to all involved in the event.

You can still donate to the worthy cause at the Fishathon Just Giving page. 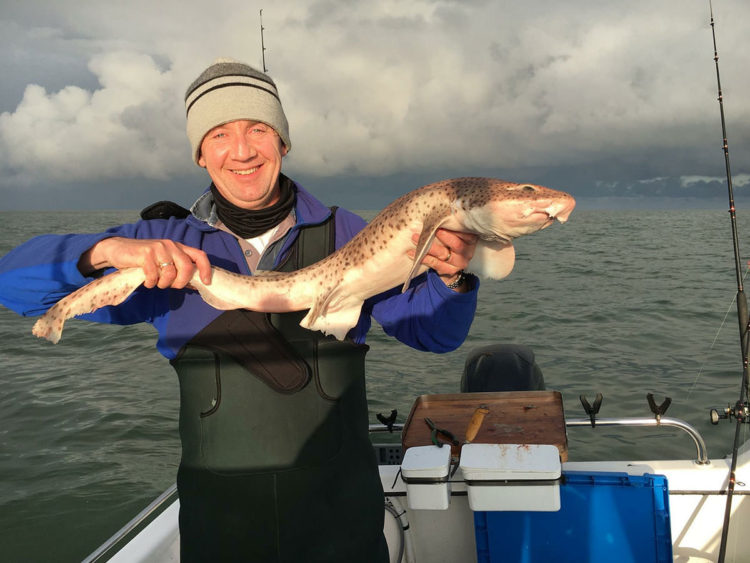 Elsewhere, last Sunday Fleetwood and District Angling Club fished their match at Beach Road. A venue change due to wind and weed. The venue was fishable but the water was a horrid brown colour from the remains of a algae bloom. This takes the oxygen out of the water and tends to put the fish off the feed. Only eight anglers fished and as expected the fishing was terrible with only four weighing in a single fish each.

Next Sunday’s match is a worm and fish bait only event to be fished at Stanah.

Leyland and District Angling Clubs match last weekend at the Mariners Warf Mersey produced decent catches after a slow start. After a couple of flats it picked up with with a few more sole, whiting, eels and flounder. Then the thornback rays showed and lots were caught, measured and returned.

Fred had the biggest fish, a 55cm thornie and also won the Chairman’s Trophy.

Peter Pilkington won the raffle and chose a bottle of Whiskey. The £500 Golden peg was Liverpool but there was no winner.