The weather has once again played its role for the boat anglers with high winds causing choppy seas and making it difficult for any boats to take to the water. Towards the weekend the winds eased and the fishing was that much easier.

Seawatch Charters, out of Brightlingsea, reported a good end to the week with good catches of smoothhounds, some into double figures. Thornback ray are still there to be caught and some bigger bass. Codling are being boated from around wreck marks.

Dave Hollands launched his boat from the Gunfleet Boating Club ramp and fished around the Wallet area. He landed a cracking smooth-hound of 15lb while his mate Rocky Rochelle had a bass of 7lbs. They also caught thornback ray although not as many as in previous weeks. 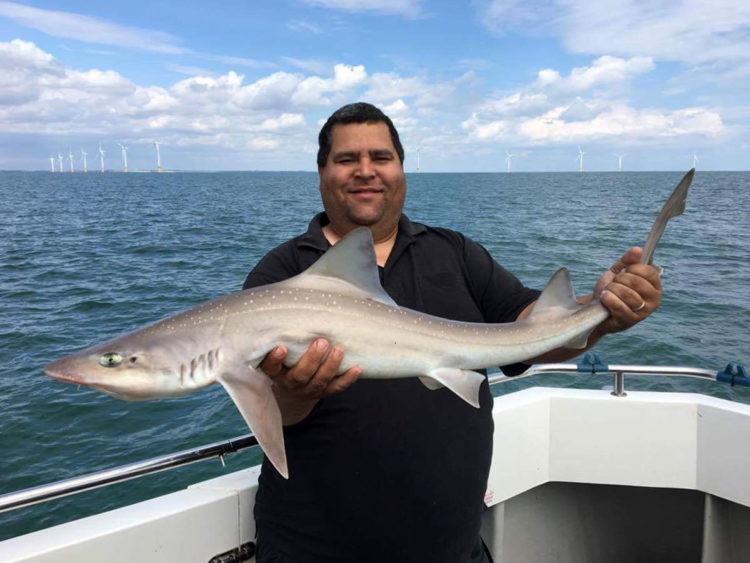 The Walton boats are also catching their fair share of fish with hounds, bassand rays feeding well in calmer weather. Neil Marples fished from his own boat Milore and caught a 6lb 5oz bass on his first cast. He also caught a smoothhound, rays and a few early season whiting.

The beaches have also seen plenty of fish with the thornback ray returning close enough to the beach for anglers to hook up. Most are on the small side, weighing in at around the 4lb mark, but still great fun to catch. The Jaywick beaches have seen some of these rays this week, mostly on the evening tides; sole and bass are also being caught here.

Clacton Pier has also seen the return of the thornback ray, squid and bluey baits are catching most fish. Ian Candy fished a daytime tide here and landed four thornbacks on one tide. Jake Smith had an evening session on the pier with fishing mate Wayne Constantine. They fished a flood tide, Jake said the fishing was slow although they did catch sole and a bass. School bass are feeding close to the pier and ragworm baits will get you on the fish.

The Clacton and Holland beaches are producing sole and bass after dark plus a few bigger early season whiting. 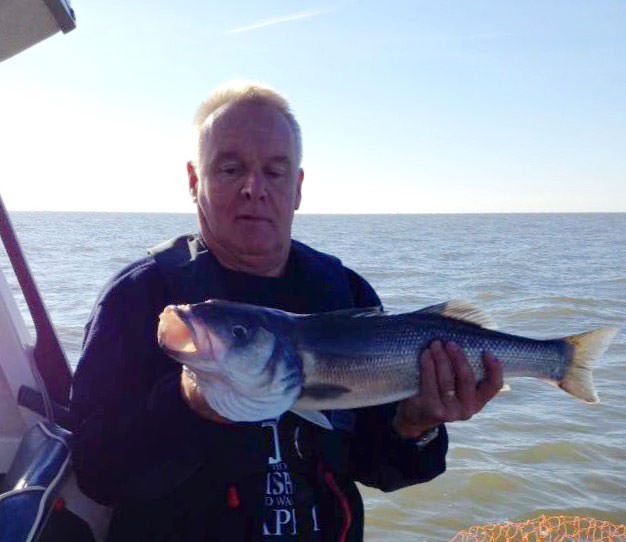 Walton Sea Angling Club fished the local pier for their midweek evening match on a windy but dry evening. They fished an ebb tide on the lower part of the pier to see if there were sole and bass around the sandy beach area. The fishing was fairly slow although school bass and wrasse were caught during daylight hours.

Colchester Sea Angling Club headed for the Aldeburgh beaches in Suffolk for their August match. They fished in warm breezy conditions and sole, dogfish and bass were caught. Top place went to Mark Sessions with 4lb 5oz, in second was Mick Bradley with 4lb and Nik Highfield finished third with 3lb 4oz.

The heaviest round fish prize went to Gary Hambleton for his 1lb 9oz dogfish. Phil Buy and Steve Yallop tied for the heaviest flatfish prize, they both caught sole weighing 1lb 3oz.

Dabs, Flounders and a Dog