Since the 1st June this year the Shark Angling Club of Great Britain have accepted catch and release sharks for record purposes, where accurate measurements of length and girth are available.

The massive blue shark measured 106 inches from the nose to the fork of the tail and had a girth of 44 inches. Using a well established formula the shark has been given the weight of 256.5lb, nearly 40lb above the existing British Record Fish Committee’s current “weighed fish” record. 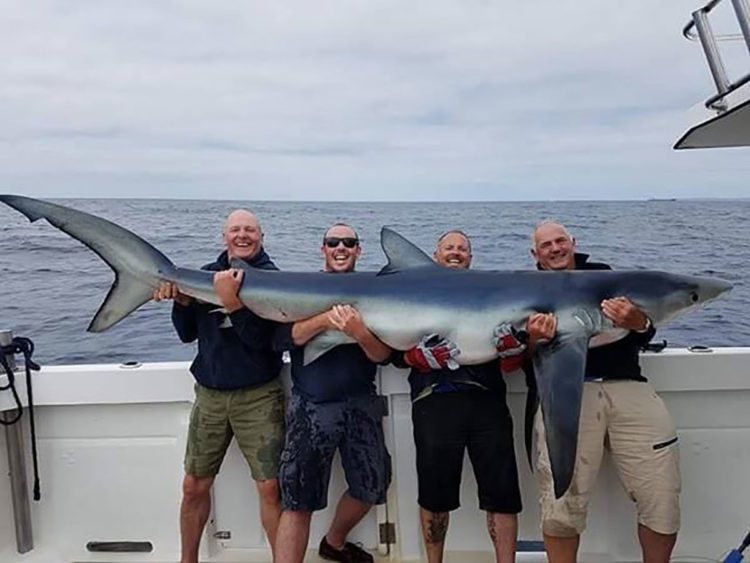 Hopefully the BRFC will see the light and accept measured catch and release record claims in the near future.

The anglers enjoyed a great week with Robin, including one day where 44 blues to 144lb were boated and released. John fought his record breaker for on and a half hours during which it made seven long runs, almost stripping his reel at one point.