The tail end of July saw mixed fortunes aboard My Way, mainly due to inconsistent weather conditions hindering our best laid plans. Regardless we managed to sail most days, and with adjustments to our schemes had good times afloat catching a variety of species.

The inshore fishing on the medium to large tides can be fantastic when we concentrate on the array of species that can be caught in and around the Holyhead Bay area. We’ve already struck a couple firsts for My Way this year with a streaked gurnard and also an angler fish, both extremely rare sights in our waters. That’s the beauty of sea angling sometimes you just never know what’s going to surface. 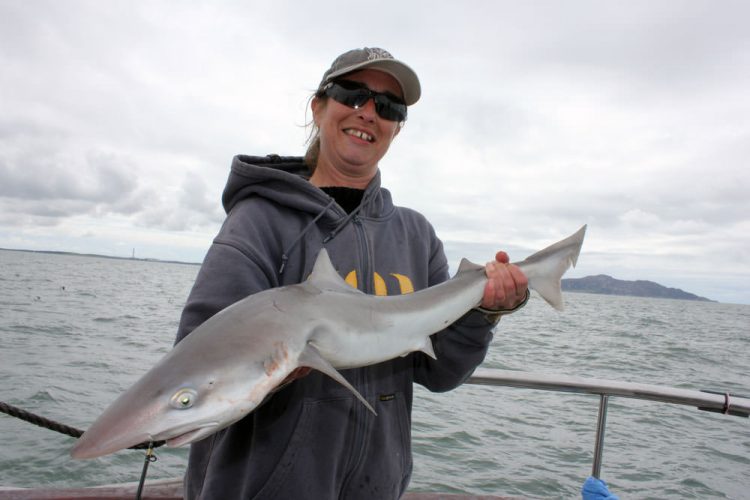 All three gurnards generally associated with the UK can be caught during a Holyhead species hunt. Red gurnards are the most common, followed by greys and tubs, with the tubs growing in regularity and size the last couple years.

Previous reports have mentioned the number of rays being caught locally and this has continued with the spotted rays proving the most abundant once more and ticking a species off a capture list for many anglers.

Reliable double figure action inshore is normally in the form of bull huss, with average sizes from many marks from Holyhead in the 10 to 12lb bracket. That said, you can also find a similar amount of marks that regularly give us double and triple shots of very small huss, ones as small as 8oz, pulled from the sea sucking on a big lump of mackerel flapper. 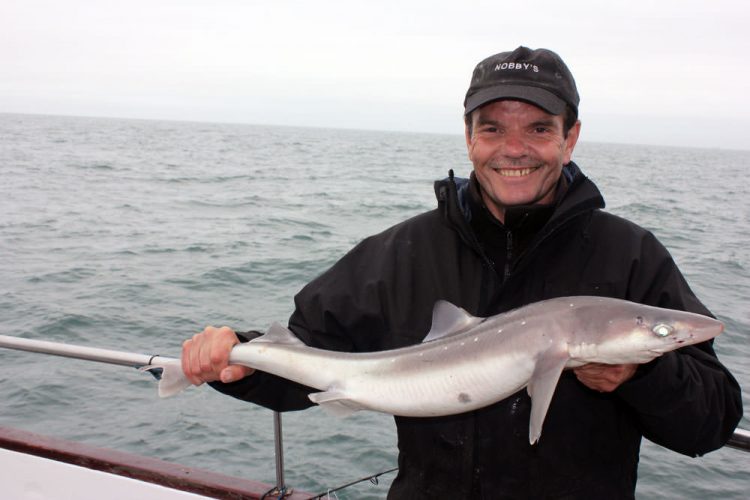 The rays, smoothies and tope all having the potential to gate crash the double figure bull huss party inshore although these are more plentyful when fishing the deeper offshore marks.

We’ve been having a bit of fun lately using the ‘Pen Fishing Rod’, this rod is the actual size of a slightly oversized pen with a small multiplier reel to match. You are able to load the reel with around 60 foot of braid and can have some awesome fun when drifting over shallow rocky areas for the hard fighting wrasse of pollack.

A good general day’s fishing is seeing regular returns of over 15 species on the boat, with many anglers catching over 10 species each. Additional sport inshore has come from smoothhounds in the 5 to 9lb range. These small male fish are still feeding hard on a variety of marks and are falling to mainly squid or crab bait.

Late July and we were joined by Dave Parker and colleagues from Derbyshire, the plan was for some mixed fishing inshore on one day and then offshore for a few fillets of cod and pollack for the table and then at anchor for sport with the small sharks. 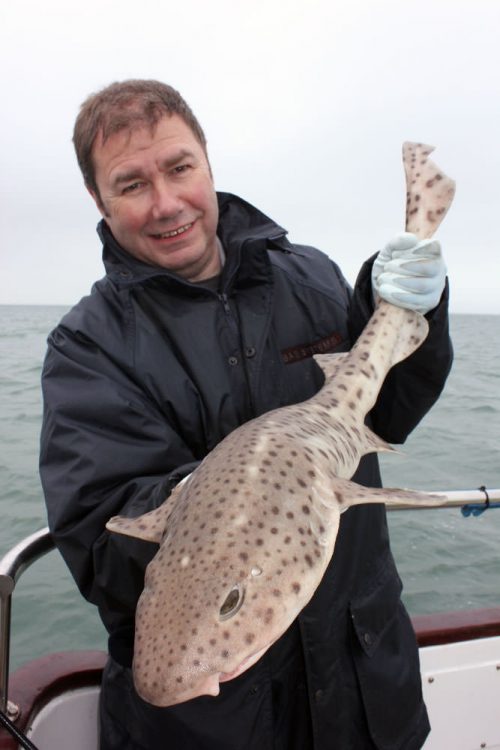 The wreck we choose was not too far to travel and lies due west of North Stack, within the shipping channel. This made life interesting as the ships steamed by on their approach to the port of Liverpool on their way to pick up the estuary pilots off the north Anglesey coast.The fishing was consistent over the wreck, nothing too big, the best pollack went 6lb, but with decent numbers about together with similar sized codling and a few coalies the crew enjoyed a good couple hours fishing.

At anchor the sport was slower than expected, however we caught a fair number of huss and also managed a couple of spurdog firsts for Andrew and Dave.