New fisheries proposals have been proposed by the European Commission which include proposals which will hit sea anglers and the UK charter fleet.

According to a press release the Commission proposes a blanket ban on the fishing for bass, Dicentrarchus labrax, by both commercial vessels and recreational anglers during the first half of 2016. During the second half of the year in addition to commercial fishing restrictions anglers will be restricted to a single fish bag limit. It should be noted that the draft Regulation does not specifically mention recreational anglers in the total ban section although they are liable to be included under the terms of the scope detailed in Artilce 2.

At present it is unclear if catch and release will be permitted as legislation generally relates to the retention and landing of fish.

The areas affected by the measures are shown in red on the map. 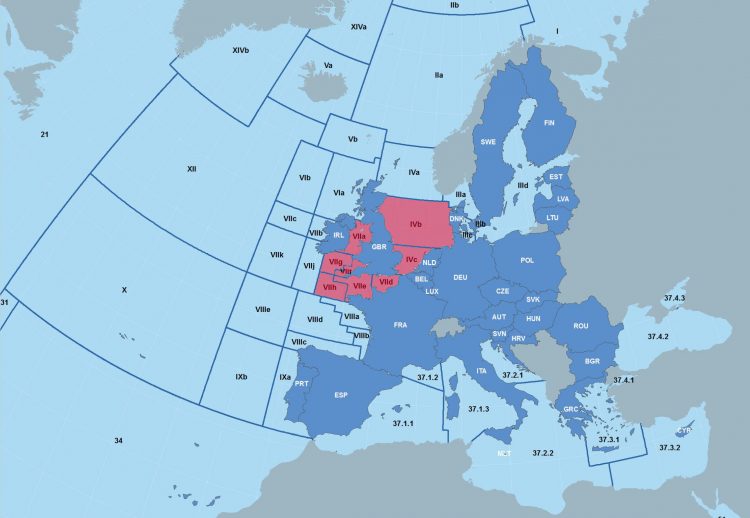 Cod From the Beach