Leading UK based sea angling brand Tronixpro is delighted to announce a partnership with the German based Arctic Sea Team.

The Arctic Sea Team compromises of eleven anglers who regularly fish throughout Germany and Norway. The team has been together for over sixteen years and has helped design tackle for taming fish throughout Norway, the Baltic and the North Sea. The team also helps angling specific travel agents in both Germany and Norway to develop angling camps by fishing unknown areas.

As well as testing new areas in Norway the team regularly undertake guided angling tours across the country and organise the Norway Festival in Heilhornet. Specialists in targeting halibut, their current record stands at 335lbs, the team also regularly target big cod and pollack.

Five of the team are surf anglers who regularly fish the beaches of the German Baltic Coast and North Sea. The team fish matches across Europe including Denmark and Belgium and well as competing in the Yuki Masters each year. Team member Alexander Dorow has previously won the biggest sea angling shore competition in Denmark, the Hvide Sande Cup. All members regularly fish competitions run by the German Marine Association. Alexander Dorow and Sven Weide also helped to organise the 2009 Club World Cup in Kühlungsborn, Germany.

As part of the deal the Arctic Sea Team will use Tronixpro products across their sea angling activities throughout Europe. The extensive media coverage offered by the Arctic Sea Team will help to strengthen the Tronixpro brand across Germany and Northern Europe. Putting rods and reels from the extensive range into the hands of anglers across the territory.

Tronixpro will also be the main tackle supplier for competitions run by the Team. 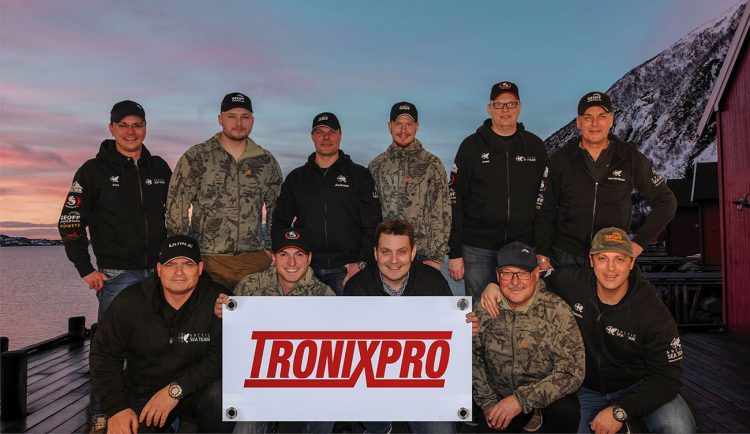 Dogfish Let Out At Kelling