Last week I talked about lack of anglers and also lack of fish; well how, in just a few days, have things changed. Those hard fighting smoothhounds have now moved over the Gunfleet sands and the inshore boat and pier angler are now seeing some good catches.

The boats have had a great week with only slight breezes which has aided the fishing. Smoothhounds are now being caught from most marks with some good double figure fish making up most bags. Anglers are now realising the importance of returning these fish as most are breeding females. I have also had reports of some very big stingrays caught in commercial nets, thankfully these fish are always returned, but as yet not too many have been caught by the rod and line angler. 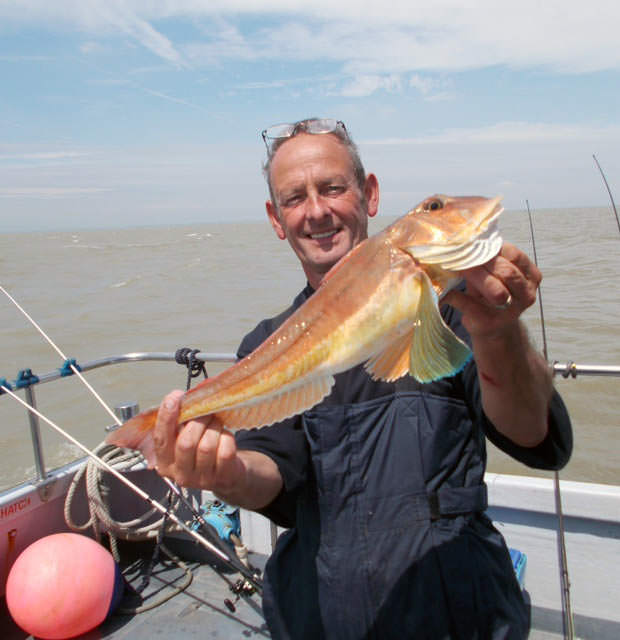 The thornback rays have returned again and as the ebb tides ease the rays have been feeding very well, plus some bigger bass and still codling to be caught. The codling look like they will now be staying till the autumn season starts. Tope will now be starting to show on the further out marks and a 60lb fish could be on the cards.

The kayak boys were out at the weekend and Alan Tipple reported some reasonable catches of school bass very close to the shore line. The piers and beaches have had a bumper week with bass, soles and smoothhounds. Colchester angler Derek Cranfield fished the head of Walton Pier on a day time tide, and reported lots of dogfish plus a few soles. He also managed to catch a 6lb smoothhound on squid bait.

The pier saw 13 rays caught between a few anglers on one tide. They don’t seem to be feeding on all tides, but if conditions are right those thornbacks are hungry. The Walton beaches have had a much better week, with local angler Doug Sadler who fished the Hipkins beaches at the Naze and caught three bass, the biggest weighing in at over 6lbs. All the fish were caught on the ebb tide on ragworm baits.

Clacton Pier has also had a very good week. Peter Rose from St Osyth fished the pier at the end of the week. Peter reported back that the thornbacks had returned and some good sized rays had been caught, plus bass and a few soles. Peter also managed to catch one of those smoothhounds weighing in at 6lbs on a ragworm bait.

The St Osyth beaches have also started to fish again, with rays and bass being caught from in between the rocky outcrops and also towards the nature reserve.

Colchester Sea Angling Club headed for Suffolk to the Sizewell beaches for their match, and with calm seas fish were being caught from the start. Plenty of species were caught: eels, pouting, whiting, soles, dab, flounders, bass and dogfish were caught.

You can join me now on my Facebook page for weekly fishing report updates, plus links to other sea fishing sites.

The tides for the weekend are Saturday 8.29am and Sunday 9.30am