We seem to be carrying on in the same vein as the last few weeks, with relatively calm seas and warm weather conditions, which is making it very difficult for the change over to the autumn species of cod and whiting. There are a few reports that the odd codling has been caught, but nothing like it should be for this time of year.

The boats this week are catching more thornback rays although on the whole most are on the small size averaging 4lbs to 5lbs. Once again smooth-hounds are taking advantage of the warm seas and are also being caught, along with some reasonably sized bass up to around the 7lb mark. 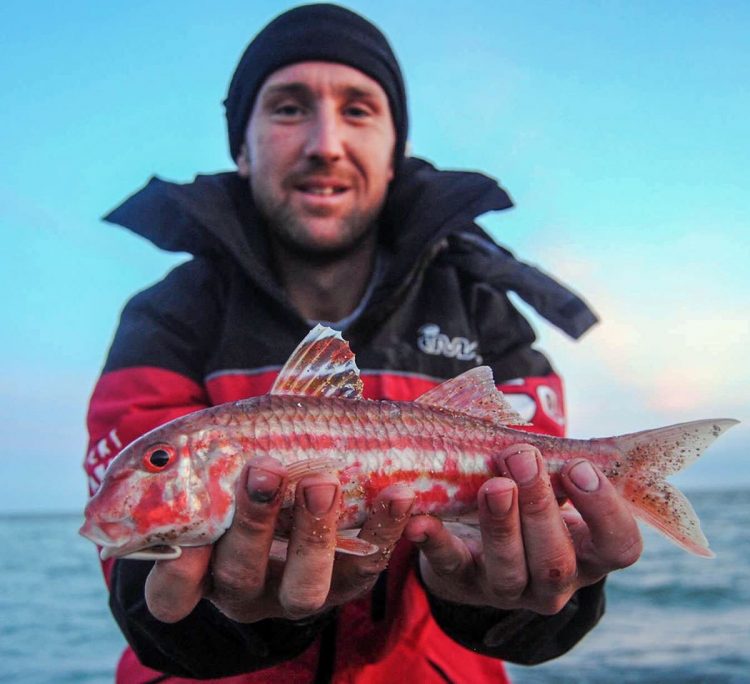 The kayak boys have also been out on the water and Alan Tipple headed for the Point Clear area at St Osyth. He reported that there were plenty of bass to be caught but all were on the small side. Mick Mullally launched his kayak from the Holland beaches in front of the Kingscliff, and reported plenty of autumn whiting to be caught, plus thornback rays, dogfish, and he even landed a small tope.

Clacton Pier is still reporting a few thornback rays although weather conditions have to be right and they only seem to be showing in choppier conditions when the sea is coloured or after dark. Still a few small bass to be caught and also whiting.

The Clacton and Holland beaches have had a slow week during daylight hours. Clear water has kept most of the fish further out in deeper waters. Local angler Daniel Tulip did manage to catch a red mullet which is quite a rare catch on our coastline, as they tend to stay mostly around the south coast. Still a few bass in the 2lb range showing after dark although bigger fish are there to be caught.

Walton Sea Angling Club also fished the Holland beaches for their end of season Beach Finals. They fished an evening flood tide and with calm seas and clear water it was always going to make for difficult going. In fact, only 5 fish were caught between all competitors, two bass, two flounders and a small whiting. First place went to the in-form Rob Tuck with two bass for 2lb 5oz while second placed Chris Mills had two flounders for 10oz and in third was Craig Buy with the 5oz whiting. The heaviest fish prize went to Rob Tuck with a 1lb 15oz bass. 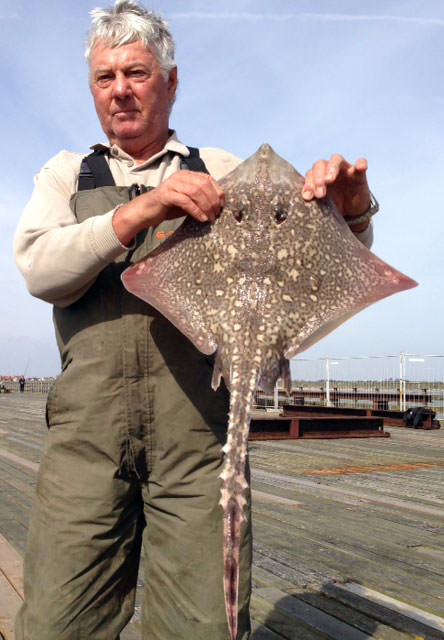 The Frinton beaches have seen soles being caught on the evening tides into darkness with the odd bigger bass and whiting showing.

Walton Pier has once again been the hotspot this week with thornback rays now showing from the top of the pier. My mid-week trip this week was to the pier and with plenty of anglers fishing there were quite a few fish caught. I had great sport with the smaller bass fishing around the pier piles, although off the head of the pier there were at least four thornback rays caught in just a short space of time. Peter Binks landed the largest weighing in at around the 5lb mark caught on ragworm tipped with squid. I also witnessed a gurnard being caught and Garry Graham also reported that he caught a gurnard from the pier.

Local angler Peter Harris landed the biggest cod so far weighing in at 5lbs and the biggest reported this autumn.

The high tides for the weekend are Saturday 12.52pm and Sunday 1.12pm