Another good week on our part of the east coast, with lots of summer fish still being caught combined with those autumn codling and whiting. The lighter winds this week have seen charter and private boats alike take to the water and reaping the benefits with thornback rays showing well and bass and still a few smoothhounds to be caught.

The Gunfleet sands has once again produced some decent sized bass along with codling in the 4lb range. The Wallet is also seeing better sized codling and rays.

Walton Sea Angling Club held their first evening pier match of the new season, and once again the weather was against them with high winds and heavy rain kept some anglers at home, but those who fished were greeted with a great nights fishing. They fished a flood tide at the top of the pier and whiting and pouting were caught from the start, and as the tide built a few codling were also caught. Top angler on the night was Rob Tuck with 8lb 11oz, 2nd place went to Chris Mills 6lb 9oz and 3rd spot Terry Quartermaine with 4lb 15oz. Heaviest fish a 2lb 5oz codling for Rob Tuck. 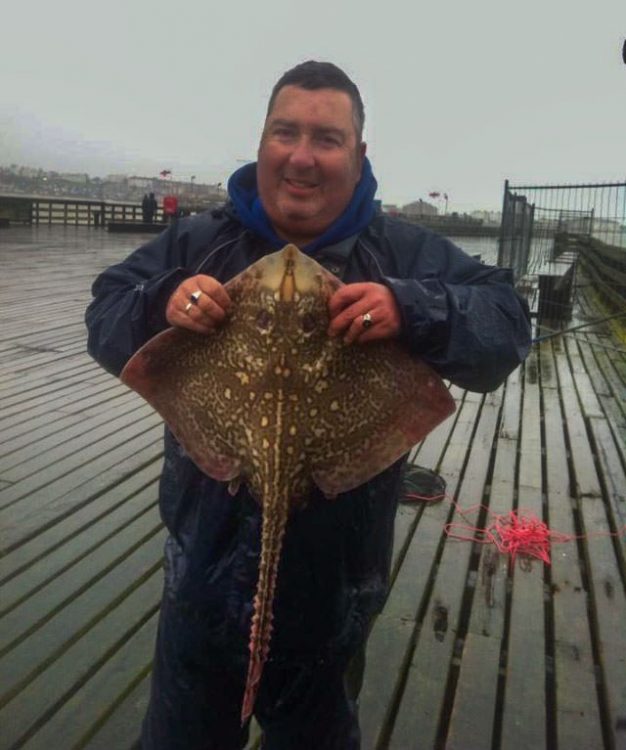 Colchester angler Phil Buy also fished the pier on a daytime tide and was rewarded with a 7lb 3oz thornback ray plus dogfish and whiting. Another Colchester angler Derek Cranfield also fished here earlier in the week and caught two rays, the biggest weighing in at 6lbs.

The Walton beaches have been on the slow side during daylight hours, but after dark sole and school bass are feeding. The Frinton beaches from Polebarn Lane to the golf course are fishing better at night with whiting, codling and the odd ray still being caught. The Holland and Clacton beaches are producing rays and some good sized codling, once again mostly on the night tides or on overcast days with a slight chop on the sea.

Clacton pier has also had a good week with anglers seeing rays, bass, codling and some very large pouting being caught. St Osyth beach has also seen a return of the rays this week plus hordes of small whiting, although bigger whiting are being caught after dark.