With the wind turning round to the north and temperatures dropping it looks like we are in for our first real cold snap of the winter. Perhaps those thornback rays that we have been catching since last spring will finally head for deeper waters, not that I’m complaining about the sport that they provide. It has been a strange week for our cod catches, with only a few being caught. It looked like they had started to feed again, but reports this week show that very few have been caught.

Colchester Sea Angling Club headed for the Suffolk beaches of Aldeburgh for their annual Dab Challenge Match. 13 anglers fished in windy conditions, not conducive to great dab fishing. A steady stream of small bait-robbing whiting seemed to be the order of the day, although there were a decent number of dabs landed. First place went to Mark Sessions with 16 dabs for 2lb 9oz, runner-up Neil Cocks weighed in 11 dabs for 1lb 14oz and Steve Yallop finished with 14oz. 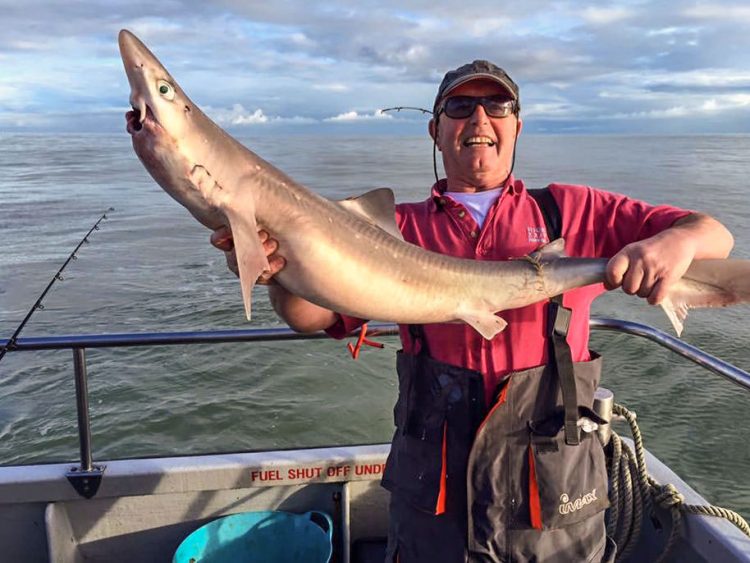 Boat reports are certainly looking better this week, with the Brightlingsea charter boat Sophie Lea catching some cracking fish. Ken Pipe had a trip out and caught the biggest fish reported for some months, he landed a spurdog of 23lbs 5oz which is only 1lb under the current British record. Sea Watch Charters also told me that thornback rays were still there to be caught plus some codling.

The kayaks this week have finally found a break in the weather to put to sea on our only calm day of recent weeks. Alan Tipple and Sandie Davis fished just off of the Holland on Sea coast and caught thornback rays and codling to 5lb 3oz. 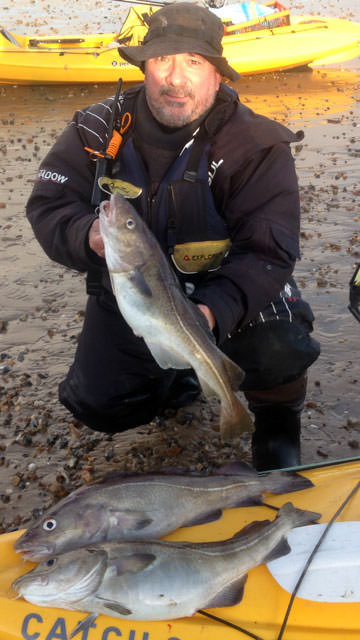 My trip this week was back to Walton Pier. After last week’s ray catch, I thought I would target these fish on a daytime flood tide from the top of the pier. It didn’t take long to find them feeding, and I ended the session with six thornbacks to 8lbs plus another much bigger fish lost at the side of the pier. All the rays were caught on 3/0 hooks baited with calamari squid.

Clacton Pier has also seen more rays caught this week, with local anglers Matt Clark and Brian Griggs who had some good catches. In general, both piers have fished well with some codling to 4lbs, still dogfish being caught and rays showing on certain tides. The Holland and Clacton beaches have been rather slow this week, still small whiting showing in abundance, only the odd codling and ray.

Summing up this week, January has never been a great month in the anglers’ calendar but this year is certainly different. The thornback rays are making the difference, making a normally mediocre month into something slightly more special.