With a running easterly sea for most of last week, the roughest and most prolonged sea of the winter so far, shore sport was quite good with cod moving onto most shore marks when conditions allowed. When the sea was at its heaviest the sheltered marks produced cod to 6lb or more. North Gare beach and Middleton pier at Hartlepool, Rathouse Corner and the small beach at Roker, and the various lower Tyne and Wear marks, where the floodwater did not have too much effect, all produced fish on most tides. The first gate on South Shields pier was a good choice of venue as it has consistently produced cod up to 6lb or more over the last several days when access to the pier end was not possible. The Glass Centre in the Wear is also a good choice in such conditions and again produced cod to 6lb amongst masses of whiting which have been pushed into the river by the heavy seas. 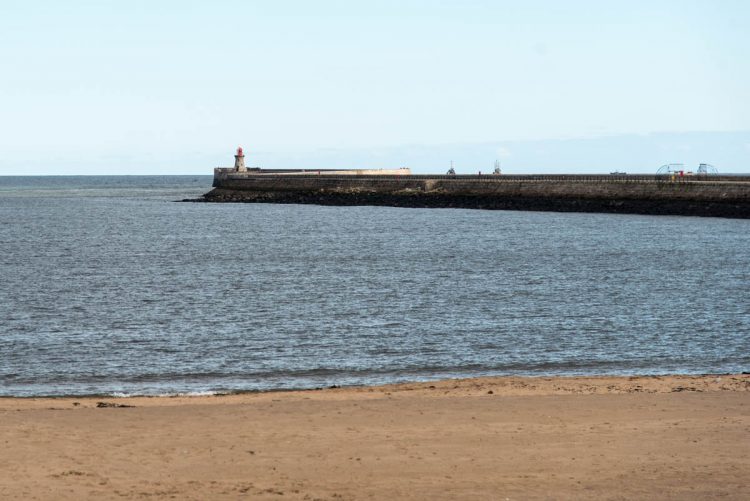 A Ryhope Tuesday Evening Sweepstake saw 40 anglers turn out expecting good results in the perfect cod conditions and with Roker pier safe to fish all the top weights came from here. Chris Hossack took the top two places with cod of 6lb 1oz and 5lb 12oz, Mason Burton had one of 5lb 8oz, and Peter Moir had one of 5lb. Lots of cod and whiting were taken on the pier during the night with big worm, mussel, and crab baits picking up the better cod. Other club matches have been fished in difficult and very windy conditions but have still managed to produce a few double figure winning bags, mainly from the Walkway and other lower Tyne venues. Steve Surtees had four cod for 12lb 13oz, the best weighing 6lb 2oz to win a Bedlington Station match. Nicky Robson won an East End match with five cod totalling 11lb, Patrick Farrier had the heaviest fish with a nice cod of 8lb 7oz taken from Haven Rocks.

Glen Campbell had two cod weighing 7lb 4oz to win a Tynemouth match, and Neil Cutler fished the Tyne Walkway to land five cod for a total of 12lb 9oz, including one of 5lb 7oz, to win a Cleadon match. Paul Robinson started off on the Hartlepool piers and found the fishing difficult with lots of washed out weed present, he made the right choice to move to Parton beach however, landing seven cod with the best two around the 8lb mark, other anglers taking cod to 5lb on the night. With the sea forecast to die down for the early part of this week before Northerly winds arrive again there should be some decent bags of cod to be taken with the chance of a big double figure specimen amongst them.

The 56th Whitley Bay Open is on Sunday January 17th with fishing from 12.30pm until 4.30pm between Tynemouth pier (excluded) and Plantation Burn at Druridge Bay. Basic entry is £12, juniors free if accompanied by a paying adult. Register at Whitley Bay clubhouse, the links, Whitley Bay from 11am until 11.45am. Top prizes are £250 for the heaviest bag plus cash prizes to 10th place, £150 for the heaviest fish plus junior prize.

The Dave Jobson Memorial Open is on Sunday January 24th with fishing from 7.30am until 11.30am between the Ice House in the Tyne and Seahouses South pier, all other rivers are excluded, fishing is allowed on Blyth pier. Basic entry is £10, juniors free if accompanied by a paying adult. Register at the Sea Horse, Plessey Road, Blyth from 6.30am until 7am. Weigh in from 12 noon until 12.45pm in the rear car park. Full cash pay-out for top three heaviest bags, heaviest fish and top junior.

Volcanic Adventures in the Faroe Islands