We are now entering late summer and I thought we would look back over the last few months to see how we have fared over previous years.

Those ever faithful thornback rays arrived in force early season, in fact they never had really gone away and boat pier and beach anglers all found their share of these heavyweight fish with rays weighing in from 5lbs to 15lbs. Those codling that we had been waiting for never really turned up, with just a few fish for the boat angler and next to nothing for the shore angler. Our water temperatures have risen over the years and it only takes a couple of degrees higher and these cold water fish will stay out in deeper waters and so it proved this year as well. 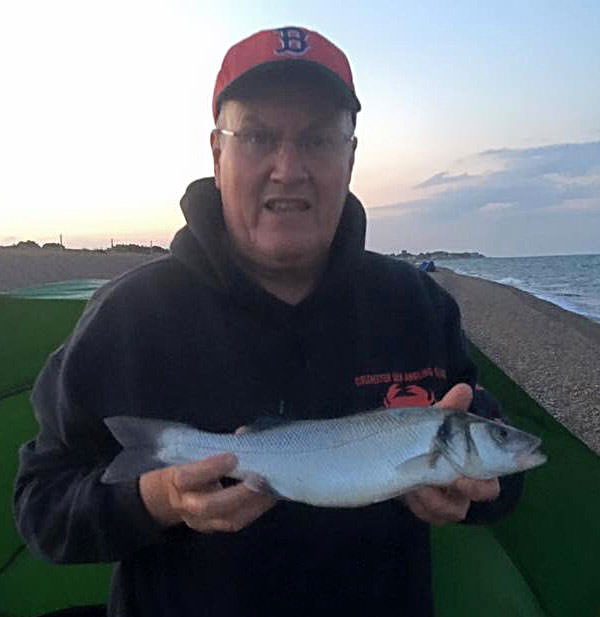 The bass also seemed to be a week or two later this year, but when they did arrive fish to 10lbs were caught by the boats and also some good size bass were also caught from beaches and piers. Smooth-hounds also showed up slightly later than usual and it wasn’t really until mid-June that any numbers showed up for the boat angler and only one or two for the pier angler.

Walton Pier saw garfish appear in May along with plenty of thornback rays and a few bass.

Soles that most beach anglers regard as a prize catch are really only just appearing now, although this year’s stingray tally was pretty good with some heavyweight rays showing up on the St Osyth beaches. The season for these rays is short and no sooner had they arrived they had gone again.

This week has been on the slow side again with clear seas. The beaches have struggled somewhat although there have been reports of bass being caught on lures from around the breakwaters on the Jaywick beaches in the clear water.

Clacton Pier has seen plenty of small bass and a few rays being caught plus whiting showing after dark.

The Holland beaches continue to see school bass, a few soles and whiting.

It also seems to be the same with the Frinton shoreline with some bass to 3lbs, although there are more soles appearing here, and there is also a chance of a thornback ray here as well.

Walton Pier and surrounding beaches are the place to be with the beaches fishing particularly well for bass, soles and flounders. Clacton angler James Hendry, with his young daughter Peri, fished an evening tide on the beaches here and he reported that they both caught bass and flounders.

Colchester Sea Angling Club headed for the Aldeburgh beaches for their July League evening match. The water was gin clear making fishing difficult, but as darkness fell and the tide began to ebb a few fish came on the feed, mainly soles and a few bass.

The high tides for the weekend are Saturday 14.52pm and Sunday 15.26pm