George Cunningham of TronixPro reports on the 4th annual all England squid fishing open competition held on Sunday 8th May at Brighton marina East Breakwater. The fun event was well attended and supported by the tackle trade and local businesses.

78 people fished the competition in testing conditions. The May bloom and onshore breeze made for the polar opposite of the hoped for calm, clear conditions. Nevertheless, competitors made the best of it and a 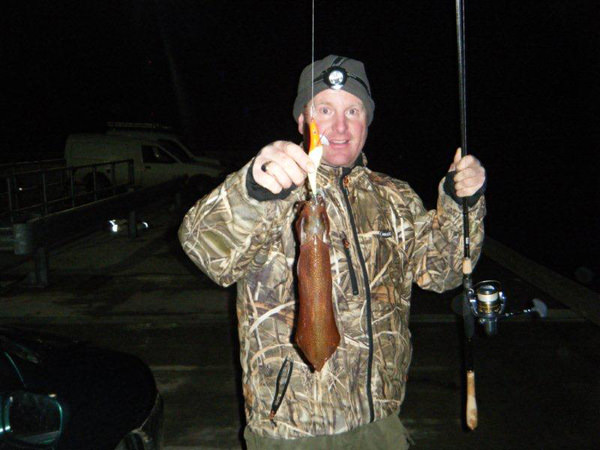 total of 16 Cephalopods (15 squid and a solitary cuttlefish) were recorded.

Winner Davide was one of the only people not float fishing out of all the entries … coincidence? The real winner on the day was the RNLI, who collected an envelope containing £578. Congratulations to all the prize winners and thanks to everybody who came along. Thanks also to mikedrewdesigns.com,The Tackle Box Brighton Marina, Prime Angling, The Master Mariner pub, Tronixpro, Hart, Sonik, Waterline and Fishzone. Thanks also to the marina fishing wardens, and Drenai for being so unselfish with the raffle prizes.

Pictures can be seen athere. A video of the event can be viewedhere. Next year’s event is already being planned, with ideas and suggestions welcomed. Email:george@tronixuk.com