Well once again the weather has made it unfishable for most of the week due to high winds and a lot of rain. There were a lack of anglers trying their luck but not lack of codling!

Those who have ventured out in the weather gaps have certainly been rewarded, plenty of whiting and cod around, nothing huge but up to around ¾lb.

Best bait has been fresh yellow tail lugworm fished in to the surf, darkness has also had a big part to play as the fish move closer in as the light fails. Low water and high water have both produced for most anglers. 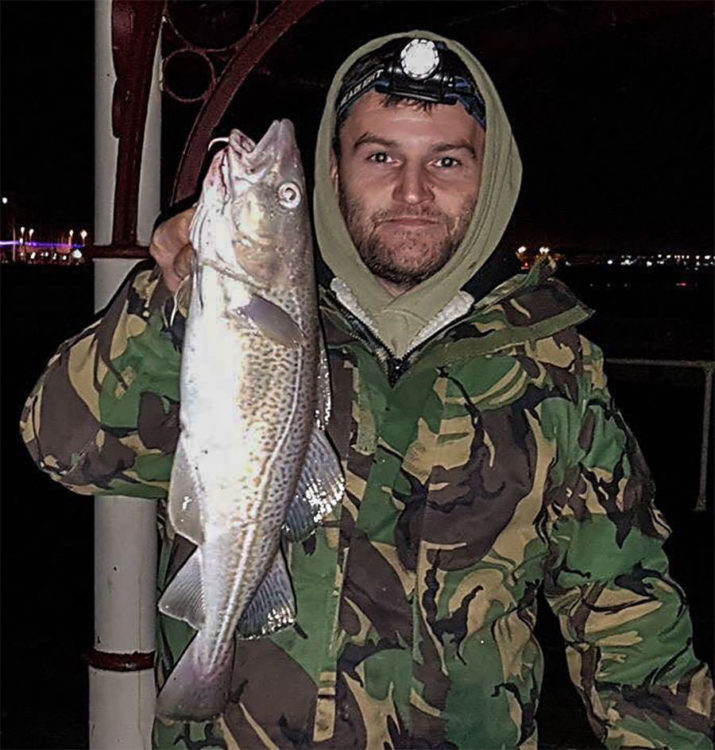 Fleetwood and District Angling Club were out at Rossall Point, and Beach Road for those who find the wall a bit much. Conditions were windy with a good sea running.

Only problems were some of the bays are quite shallow and consequently it was hard to clear the surf, resulting in the gear being washed back inshore. Weed and plastic was a problem at times.

Nine of the fifteen anglers caught fish. most of the codling caught came from the Point. Beach road fished best for numbers of fish, owing to it being more sheltered.

Congratulations to Craig Thompson on the win with six codling the Point. Four of these were in size and the best measuring 45cm. Frank Towne landed a cod of 50cm, over three pound in old money. David Hoyle fishing at Beach Road had the most fish, twelve in total comprising of whiting and two codling.

By the time the match ended the wind had strengthened even more, so the entrants just got away with it.

Leyland and District Angling Club fished a boat match on the Mersey aboard “Size Matters” with skipper Kevin McKie.

The raffle was also won by Paul and the golden peg card by Martin Darwin. Thanks again to the 10 members & 2 guests who braved the cold windy match.